This bizarre exoplanet may have done something once thought impossible

“The universe is a beautiful and complicated place.” 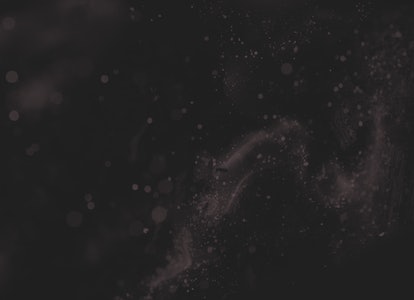 Scientists didn’t think this was even possible. But now, for the first time, a team of astronomers have discovered an Earth-like exoplanet may have generated a second atmosphere.

Using NASA's Hubble Space Telescope, the astronomers behind the discovery spotted the Earth-sized, rocky exoplanet GJ 1132 b and found compelling evidence that the exoplanet had an atmosphere — a necessity for life to thrive — but there was something strange about it. Essentially, GJ 1132 b’s atmosphere as we see it now was not the planet’s original.

The landmark findings will be published in a study in an upcoming issue of The Astronomical Journal.

WHAT'S NEW — The exoplanet GJ 1132 b was originally discovered in 2015 orbiting a red dwarf star around 41 light-years away from Earth. Follow-up observations indicated that the exoplanet had an atmosphere, but at the time, scientists couldn’t figure out its exact composition. All they knew was that the planet was too hot to be like Earth.

Mark Swain, a researcher at NASA’s Jet Propulsion Laboratory and lead author of the new study, studies exoplanets and the process by which they lose their atmosphere.

“The thing that really stood out to me about this planet is that in some ways it’s so similar to Earth but in other ways, it’s so profoundly different,” Swain tells Inverse.

GJ 1132 b is a rocky planet the same size as Earth. But the exoplanet’s atmosphere is toxic, and seemingly composed of hydrogen, methane, and hydrogen cyanide. GJ 1132 b also differs from Earth in that it is most likely a flat world, one that cannot support mountains or complex topography. Rather, it most likely has a thin crust only a few hundred feet thick, with molten lava beneath the surface.

“It’s probably a lot like walking around on one of the lava fields in Hawaii where you can look down in the cracks and see the growing magma, but the whole world might look like that,” Swain says.

Here’s the background — Since the discovery of the first exoplanet in 1992, scientists have looked to these worlds to find signs of habitability and extraterrestrial life. In aid of this search, one of the first things that astronomers look for when they observe exoplanets is whether they have an atmosphere.

Earth’s atmosphere is what makes it habitable compared to its neighboring planet Venus. Venus can’t sustain life because its atmosphere — which is mostly carbon dioxide, nitrogen, and sulfuric acid — traps in heat, making it the hottest planet in the Solar System.

Without our planet’s atmosphere, Earth would be barren with freezing temperatures.

Based on GJ 1132 b’s distance from its host star, and the amount of radiation the exoplanet receives, Swain and his team originally thought that it would have no atmosphere. But further observations by the Hubble Space Telescope revealed the exoplanet does have an atmosphere made up of light chemicals like hydrogen, helium, and methane — similar to that of Neptune.

“So we knew it was very probably associated with a secondary atmosphere,” Swain says.“That led us to really concentrate on that planet, and do the detailed investigations to try to do the scientific detective work to try to puzzle the story.”

GJ 1132 b likely started off as a gaseous planet similar to Neptune, with a thick, blanket-like atmosphere primarily composed of hydrogen. During its early history, that atmosphere — so the astronomers’ theory goes — was protected from the star by lots of other gases in the nebula from which the star was born, in addition to the fact the star itself was not fully heated up yet.

But as the star really started to burn, the planet was increasingly exposed to its intensity. Over time, its atmosphere was blown away — likely over the first 100 million years or so of the planet’s existence.

But GJ 1132 b regenerated a secondary atmosphere after losing its initial, primordial atmosphere.

HOW THEY DID IT — Astronomers used the Hubble Space Telescope to observe the exoplanet in new detail by analyzing the infrared spectrum of the planet as it passed in front of its star. They found a big slope in the spectrum, indicating that it had an atmosphere. They were then able to identify a few clues to its composition.

The scientists behind the discovery believe that the hydrogen found in the secondary atmosphere was in the original atmosphere, and then became absorbed into the planet's molten magma mantle. Over time, the hydrogen was likely dissolved and released back out from the mantle, possibly forming the second atmosphere. It’s sort of like a gaseous recycling process.

WHY IT MATTERS — Red dwarf stars like GJ 1132 are the most plentiful stars in the universe, and thus likely home to most planetary systems. But at the same time, red dwarf stars are prone to large flares, especially early in their life. This means that the atmospheres their surrounding planets start with could be depleted by their host star.

In turn, this discovery has major implications for exoplanets that may have lost their primordial atmospheres.

“They may have had a way under the right circumstances to reestablish a low mean molecular weight atmosphere, a hydrogen-rich atmosphere,” Swain says.

“You know the universe is a complicated and beautiful place, and does all sorts of things that people don't necessarily imagine until they start investigating,” he says.

WHAT'S NEXT — Swain and his team believe there may be other planets out there that could have followed a similar process — losing primordial atmospheres and regenerating a secondary atmosphere.

They also hope to learn more about this exoplanet through follow-up observations using the upcoming James Webb Telescope, which is scheduled to launch in October of 2021. The telescope is specifically designed to probe at the atmospheres of exoplanets. In fact, James Webb is 100 times more powerful than Hubble, able to produce highly detailed, near-infrared studies of exoplanets — key for characterizing their atmospheres and maybe, just maybe, finding one with nitrogen and oxygen like Earth’s.

Abstract: We report the detection of an atmosphere on a rocky exoplanet, GJ 1132 b, which is similar to Earth in terms of size and density. The atmospheric transmission spectrum was detected using Hubble WFC3 measurements and shows spectral signatures of aerosol scattering, HCN, and CH4 in a low mean molecular weight atmosphere. We model the atmospheric loss process and conclude that GJ 1132 b likely lost the original H/He envelope, suggesting that the atmosphere that we detect has been reestablished. We explore the possibility of H2 mantle degassing, previously identified as a possibility for this planet by theoretical studies, and find that outgassing from ultrareduced magma could produce the observed atmosphere. In this way we use the observed exoplanet transmission spectrum to gain insights into magma composition for a terrestrial planet. The detection of an atmosphere on this rocky planet raises the possibility that the numerous powerfully irradiated Super-Earth planets, believed to be the evaporated cores of Sub-Neptunes, may, under favorable circumstances, host detectable atmospheres.

More like this
Science
8.5.2022 12:15 PM
10 years ago, the Curiosity rover arrived on Mars — and revolutionized the hunt for alien life
By Allie Hutchison
Science
8.7.2022 11:00 AM
Webb Telescope discovers an “amazing” galaxy from the edge of time
By LAURENCE TOGNETTI and Universe Today
Science
8.6.2022 11:00 AM
450 million years ago, Earth’s magnetic field almost collapsed — the results would have been apocalyptic
By CAROLYN COLLINS PETERSEN and Universe Today
Related Tags
Share: