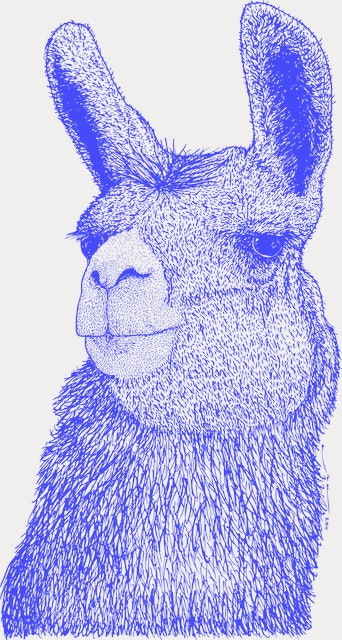 We’re used to thinking about animals in the context of testing treatments for diseases before they can be tested in humans. But in the hunt for Covid-19 antibodies, a promising slice of animal science is offering medial researchers a unique path forward.

Human bodies fight diseases with antibodies, blood proteins produced by the immune system. Covid-19 antibody tests, also known as serological tests, look for the presence of antibodies as a way to see if a person has been infected with SARS-CoV-2 (they currently can't determine if a person is immune to Covid-19).

Studying the antibodies of people who have recovered from the disease helps researchers develop drugs that they can then administer to people — giving them a boost that helps fight off the disease. And in the long road toward better treatment, some scientists are counting on animals to help deliver better antibody therapies.

Animal research, as it relates to antibodies, takes several different forms. In some cases, animals — namely cows — are helping researchers grow human antibodies, which could be used to treat people. But other research into animals’ own unique antibodies also helps researchers better understand how the human immune system works.

The crucial difference between the two is that growing human antibodies may be immediately beneficial in treating people with and at risk for Covid-19, while the latter is focused on long-term understanding and treatment development.

When creating antibody treatments, the first thing researchers need to do is get a sample of the antibodies made by an infected person. Then, they fish through the sample for effective antibodies that can fight off viruses. In order to actually create a treatment that can help people, scientists have to use a bioreactor to produce more of those antibodies.

In lieu of a traditional bioreactor, which is any kind of vessel that facilitates organic life, some researchers are using genetically modified cows.

Proteins that help humans make antibodies have been introduced into the cows, which are bred by a company called SAb Biotherapeutics.

“They can make fully human antibodies,” William Klimstra tells Inverse. Klimstra is a professor of immunology at the University of Pittsburgh who has been working on testing the cow-produced antibodies’ effectiveness against Covid-19.

SAb Biotherapeutics uses herds of these modified dairy cows to study multiple infectious diseases, Klimstra tells Inverse. Once cows are immunized to a disease, researchers take samples of the animals’ antibodies and parse out the human antibodies. From there, they can begin to develop antibody-based treatments for humans.

The cows produce what are called polyclonal antibodies, which lock into more than one part of a virus. That could make them especially effective at fighting off diseases like Covid-19.

Plus, it helps that cows are big, letting researchers draw plenty of samples from them.

“The cows really make a lot of protein, and you can take a lot of blood out of them, so you can get more antibody,” Klimstra explains.

For now, Klimstra’s team is testing those antibodies’ effectiveness in other animals: hamsters, ferrets, and African green monkeys. In the future, once proven safe and effective, the tests would be done in humans — perhaps as early as later this summer.

Since the antibodies ultimately used are the same ones humans make, there’s a better chance that they’ll work in humans, Klimstra says.

The idea that human antibodies are most reliable is echoed by researchers at the Defense Advanced Research Projects Agency, who have already begun testing antibody therapies in humans.

During a press briefing this week, DARPA’s biotechnologies program manager Amy Jenkins told Inverse that since human antibodies circulate naturally through the body, there’s a smaller chance that the body will recognize them as foreign.

The human antibody treatments tend to be “more robust,” Jenkins says. “Because we can find them quickly, we go with that.”

Still, studying the antibodies of animals has the potential to give researchers crucial insight into the human immune system. In the past few months, evidence has emerged that suggests humans can learn from animals including llamas and pangolins to better inform us about immune system reactions.

Llamas have unique antibodies that have intrigued researchers for years: While humans have just one type of antibody, llamas have two. The second type is known as a “single-domain” antibody, or nanobody, and is about a quarter of the size of a human antibody. Their size makes them more effective at neutralizing viruses.

These nanobodies stop llamas from getting sick from certain diseases, including HIV and influenza. They also can neutralize coronaviruses, according to new research.

By fusing together nanobodies, researchers engineered a nanobody better at locking into the virus SARS-CoV-2. In tests, this inhibited the coronavirus in cell cultures, researchers reported in a May 28 study in the journal Cell.

One of the ways Covid-19 can make people especially sick is that humans’ immune system can overreact, causing what’s known as a cytokine storm. In pangolins, the response is weaker, so although the animals can carry Covid-19, they don’t get super sick, researchers reported in a May 8 study.

Humans’ overactive immune response indeed "causes more harm than the virus itself," study author Leopold Eckhart told Inverse. So if humans are able to mimic the pangolin with drugs, it could reduce the damaging cytokine storms, which occur in as many as 15 percent of Covid-19 patients.

Humans need antibody therapies — Some antibody therapy clinical trials, like vaccines, are already underway. In the future, these therapies might be particularly helpful for humans who need a boost to help them fight Covid-19.

Researchers at DARPA and elsewhere are working under a timeline crunch to get safe and effective treatments out the door. Finding and manufacturing antibodies is a process that can take years — but in dealing with Covid-19, researchers have managed to get it down to 90 days, says DARPA’s Jenkins.

“That is record pace,” Jenkins says. Use in humans could begin as early as fall, in what’s called “compassionate use,” in patients whose lives may be saved by the drug. Those people could include front-line healthcare workers and people in nursing homes.

At the same time, responding to Covid-19 is also laying the groundwork for the next, unfortunately inevitable, major disease outbreak.

“Not to sound too pessimistic, but this will happen again,” Jenkins says. “This is a learning opportunity for us, [so] next time we can move even faster.”