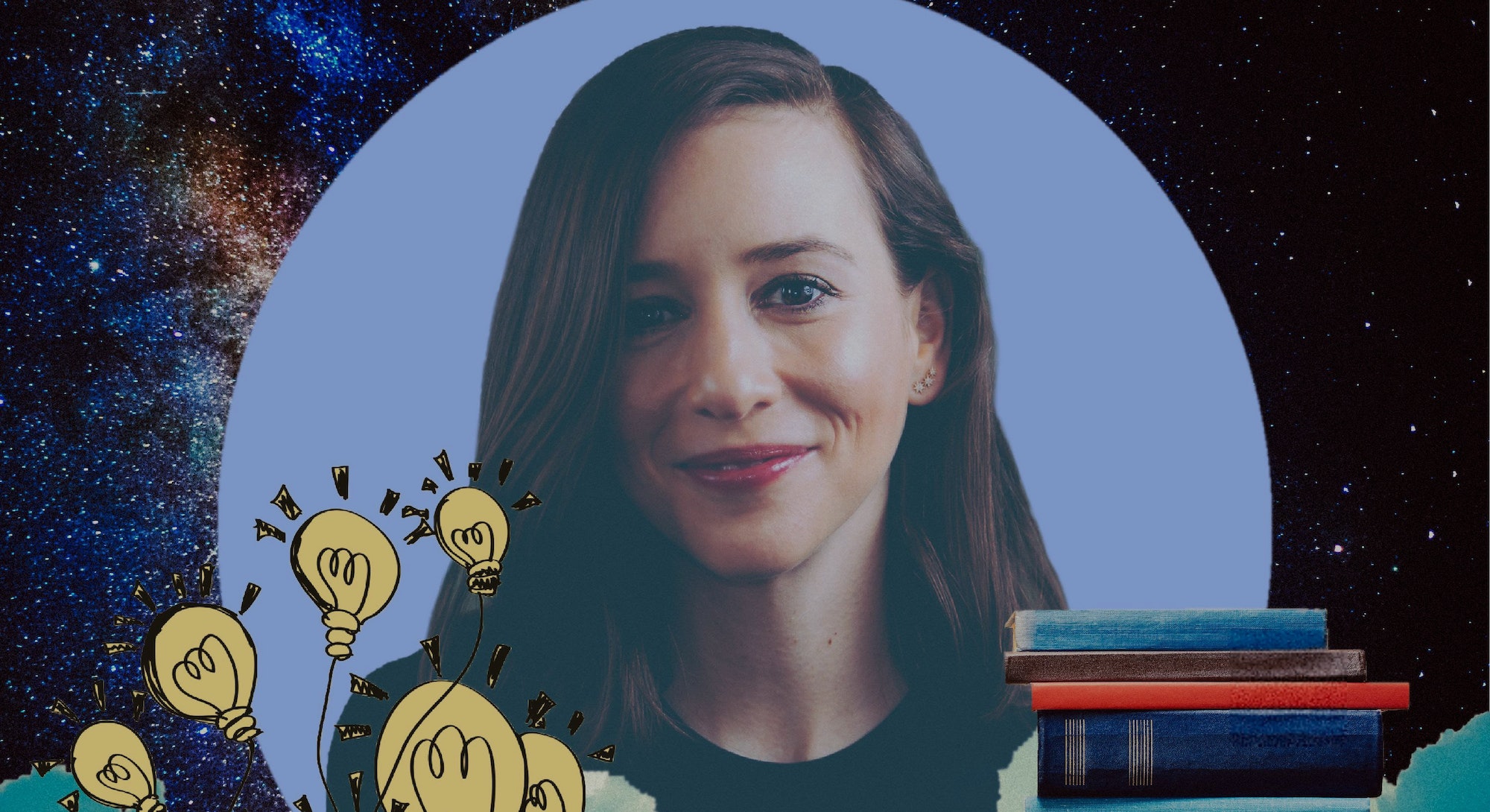 The only daughter of celebrated astronomer Carl Sagan and documentary producer Ann Druyan, Sasha Sagan grew up in a home ruled by the scientific method — and by curiosity. Science was cause for celebration — a source of wonder and a provider of comfort.

Spreading that same respect and sense of amazement through science communication was their passion and their lives’ work. After their papers were acquired by the Library of Congress in 2013, Sagan decided she had her own scientific message to take to others: People don’t need pseudoscience, because science already gives us what we need.

For years, Sagan had found herself in social settings discussing others’ personal philosophies. They weren’t necessarily debates, although, she tells Inverse, “I do have a habit of getting into debates with the people I’m sitting next to at dinners.” But the topics — the power of crystals or astrology, for example — nagged at her.

“Those are two perfect examples of things that are popular because people want to feel connected to Earth and to the universe, which is such an ancient feeling,” Sagan says. “But, in my opinion, the things that really provide fulfillment in that area are backed up by evidence.”

Sagan is careful with her words. While secular, she is deeply respectful and fascinated by world-views distinct from hers. But she noticed that other secular people are turning to pseudoscience for a sense of spiritual connectedness. But they have another, better option that could provide the fulfillment they are looking for — actual science and the simple pleasures of the natural world.

Also read: Sasha Sagan wants you to celebrate even the small moments

"Science isn’t often thought of as romantic, but it should be."

“A desire to feel a part of the world is so strong, and I relate to that want completely,” Sagan says. “But there are people who are selling stuff to you who want to make you feel connected, and then there are readily available ways of thinking about who we are in the universe that don’t require faith.”

Feeling the heat of the sun on your face after winter, or witnessing the turning of the leaves to red when a new season arrives should be seen as acts of beauty and meaning, she says. But the reality is that they are often seen as more mundane — something that she credits to a misrepresentation of facts as cold and hard.

“Science isn’t often thought of as romantic, but it should be,” Sagan says. “It’s just a matter of how you think about it.”

So Sagan took matters into her own hands. First, she published a viral essay in New York Magazine’s The Cut reflecting on her father’s lessons on mortality. Then, she penned a series of essays in Oprah Magazine on love, grief, and overcoming fears.

Before her writing, Sagan, who has worked as a television producer and filmmaker, had struggled to write a screenplay about a woman who championed finding meaning in a life lived secularly. She didn’t need a character to deliver that message.

“At some point it clicked — take out the middleman. Don’t write a fictional version of yourself,” Sagan says, “just say what you’re trying to say.”

Her writing crescendoed into her first book, For Small Creatures Such as We, a part-memoir, part-guidebook published in October. It is also a manifesto. Sagan is a lover of rituals and advocates for these acts as a way of finding meaning in the world. People have nothing to lose by celebrating more, and science can be the foundation of those small celebrations, she says.

That’s not to say you should get your kicks from reading scientific studies. Although, if that is your source of joie de vivre, power to you. But it does mean making the time to feel amazed about the facts we know and the technology we enjoy. It’s about the ritual of asking questions and accepting that the answer you want may not be available yet. And when it is, you’ll then get the satisfaction of learning more about it. Sagan’s appetite for this practice is infectious — remember that your DNA was passed on from ancient beings, and, holy sh__, you get to fly places and see things those beings might only dream about.

Sagan acts as a guide to the ritual. She is a storyteller who gets a thrill from asking questions — something she’s sure she inherited from her parents. Now, she wants to extend that to creating books for children. Her daughter is 2 years old and becoming a parent has exerted a gravity-like pull on her to communicate science’s ability to answer our most profound questions.

But Sagan is ok with not having all the answers to life and the universe. When asked about the existence of aliens, her father Carl famously replied that he was withholding belief until there is evidence. She feels similarly when asked questions about religion and the existence of God. She’s withholding belief because there is no evidence. But if there was, she’d be thrilled to know about it.

Sasha Sagan is a member of the Inverse Future 50, a group of 50 people who will be forces of good in the 2020s.

Also read: Sasha Sagan wants you to celebrate even the small moments