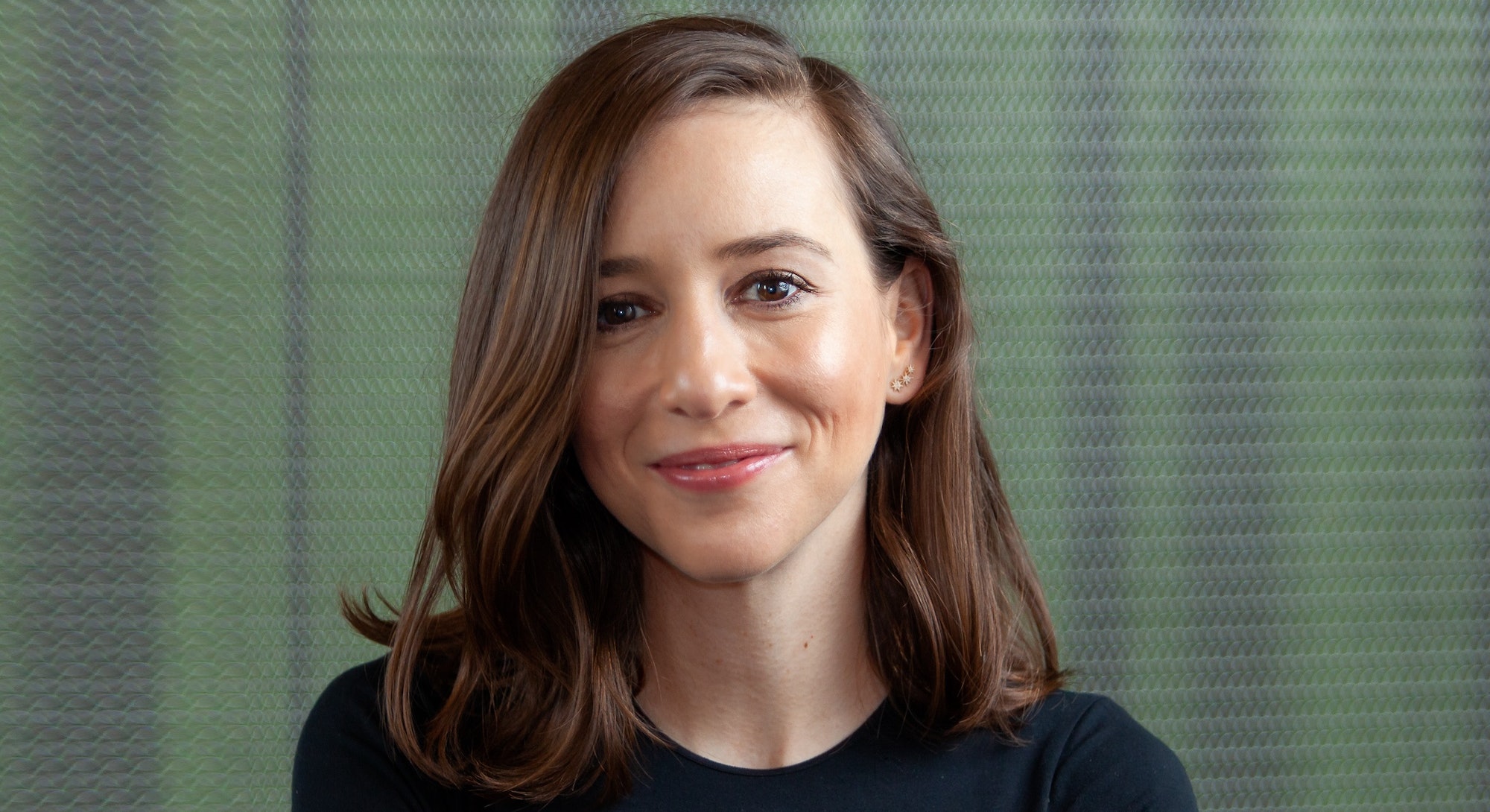 This week, we’re talking with Sasha Sagan. Sagan is an editor, filmmaker, and writer who recently authored the book For Small Creatures Such as We.

Her parents are producer Ann Druyan and astronomer Carl Sagan, and their influence as secular people who love the natural world in many ways shaped the excellent life advice found in her new memoir and guide book.

Hi Sasha! Why did you decide to write this book?

I feel like it’s really a collection of things I’ve been thinking about for most of my life. But I found a reason to actually organize them for other people when I became a mom.

If you’re not a part of a religious group, or one partner is and the other isn’t, you’ll inevitably have to confront some of the questions that this little person will have for you. I think saying, “we don’t know” or “uncle so-and-so thinks this,” is fine, but you’ll still find yourself in a situation where you’re asked to provide organized thoughts about deep, profound questions, about life, death, how did we get here, and what are we doing here?

Becoming a mom made me realize I needed to crystalize my own thoughts on those subjects, and it’s turned into something that I hope is helpful for other people besides my family.

Something you compare in the book is the idea of ritualized atonement, like a Catholic confession and the informal act of saying you’re sorry. Do you think there’s a need for secular people to mentally reframe something they may see as a run-of-the-mill act?

I think there are so many things that we all agree we should be doing, but when we don’t have an appointed time or framework for it, we lose a sense of urgency. Something that I think secular people can really take away from religious traditions is the that if you value something, then you should really make an effort to make sure it’s something you want to do.

Something I found quite charming in the book was your and your husband’s practice of singing the alphabet to each other — which was something a cab driver advised you to do as a way of having fun in a relationship. What other rituals have you and your family created that you like to pepper into your year?

Some of them have emerged out of religious traditions in certain ways. I write in the book that, for example, on the anniversary of the death of someone that we loved, we light the yahrzeit side candle. That is a Jewish tradition, but it’s one of those things that doesn’t need a belief system attached to it to find beauty and meaning attached to it.

"Summer is over, we’re moving into autumn, and it’s a reflection of nature and the changing of the seasons

It’s sort of funny, because this almost gets a bad reputation for being “basic,” but we’re also planning on going apple picking this year. And sure, you see people all over Instagram doing that, but when you peel back the layers of it, what apple picking is is participating in a harvest ritual. Summer is over, we’re moving into autumn, and it’s a reflection of nature and the changing of the seasons. It’s a sort of pilgrimage for people who live in cities and suburbs.

We also have this small ritual based off a really magical day my husband and I had while wedding planning. It was the first hot spring day and was filled with a series of wonderful coincidences. My husband, when I wasn’t looking, wrote our initials and the date in chalk, and it was just so cute to me. We called it a banner day, and now every year, on May 21, we have a little toast as a way of celebrating such a romantic day.

We lose nothing by celebrating more and by cherishing special moments. Each family has to decide what those moments are for themselves, but they’re everywhere if you look at them a certain way.

In what ways do you think we benefit from creating our own celebrations?

I think it engenders more joy and more appreciation. Maybe not everyone feels this way, but I love special occasions — the moments that break from the monotony of the regular day. Daily life is full of things you simply have to do, whether it be work or errands. As we get older, I think we need to create those special moments for ourselves, and I think the more you do that, the more you can sort of crystalize what you, or your family, value.

"As we get older, I think we need to create those special moments for ourselves

Whether you are religious or not, we’re all still making choices about what parts of traditions we want to give special attention to. Even the most devout person can’t do everything that’s been prescribed by their belief system. I think we’re all making those choices at some level, and there’s a lot to be gained by putting thought into what is special to you.

Personally, have you found that the practice of reflection that’s inherent in rituals has helped you find meaning in your life?

Yes, I think so. One of the ways that it’s helped me the most is the experience of the passing of time. That’s such an impossible concept. As we get older, it seems like everything speeds up, and it’s so easy to realize all of the sudden, wow, the summer is over or it’s already the new year.

I think that it helps to find a way to experience time and not let life suddenly pass us by. Rituals help with that, especially if you’re doing something that, in some way — whether it’s secular or religious — honors your ancestors; the people who made you you. If you’re carrying on something they did, or honoring them in some way even if your beliefs are different than theirs, it’s a way of being aware of your place in a long chain of individuals.

You write that “there are some mysteries to which we’ll never get an answer.” I think, for religious people, that answer is often faith. How have you as a secular person come to accept that we’re not going to get all of the answers that we want?

As my dad put it, tolerance for ambiguity is central to life as a secular person and for scientific exploration. Until we have evidence, we can’t fill in the blank spaces just because it feels uncomfortable to not know.

Still, there are so many things to be astonished by, and presently, we have the answers to so many questions that once seemed impossible to understand. Because of scientific advancement, we can solve mysteries. My parents raised me to believe it’s better to say “we don’t know right now” than to fill something in because it makes you more comfortable having an answer. In time, the cracks in that filled-in answer will show.

Do you have smaller rituals that you find yourself turning to fight off the Sunday scaries or simply stress in general?

What I like to do on a Sunday night is make a to-do list, and I try to cross two things off that list that evening. That way, by Monday morning, I have the feeling that I’ve already started to accomplish what needs to be done.

"By Monday morning, I have the feeling that I’ve already started to accomplish what needs to be done.

Definitely when I was in school I had the Sunday scaries. I was, for most of my life, a bad procrastinator. Strangely, becoming a mom has made me more efficient and less of a procrastinator. I think, in part, because when I felt like I had all day to do my tasks, whether it’s sending an email or working on a chapter, there was this lack of urgency. It’s easy to put things off. But there’s something about being like, Ok, I have three hours of child care right now, and I have to get this done because I can not go over time. That time crunch has made it easier for me to face what needs to be accomplished and check it off the list.

When we were younger, my husband would always say, “Don’t let your Monday ruin your Sunday.” We really tried to remember Sunday is still the weekend, it’s still okay to have fun, and it’s essential to not let the fear of what you know is coming in from the work week not keep you from having a good day.

I would also say that — while I was more of an “indoors reading a book kid” than a sports kid growing up — exercise has become a really helpful way for me to manage anxiety and organize thoughts. There’s something about doing something physical that allows for some of the other noise to fall away.