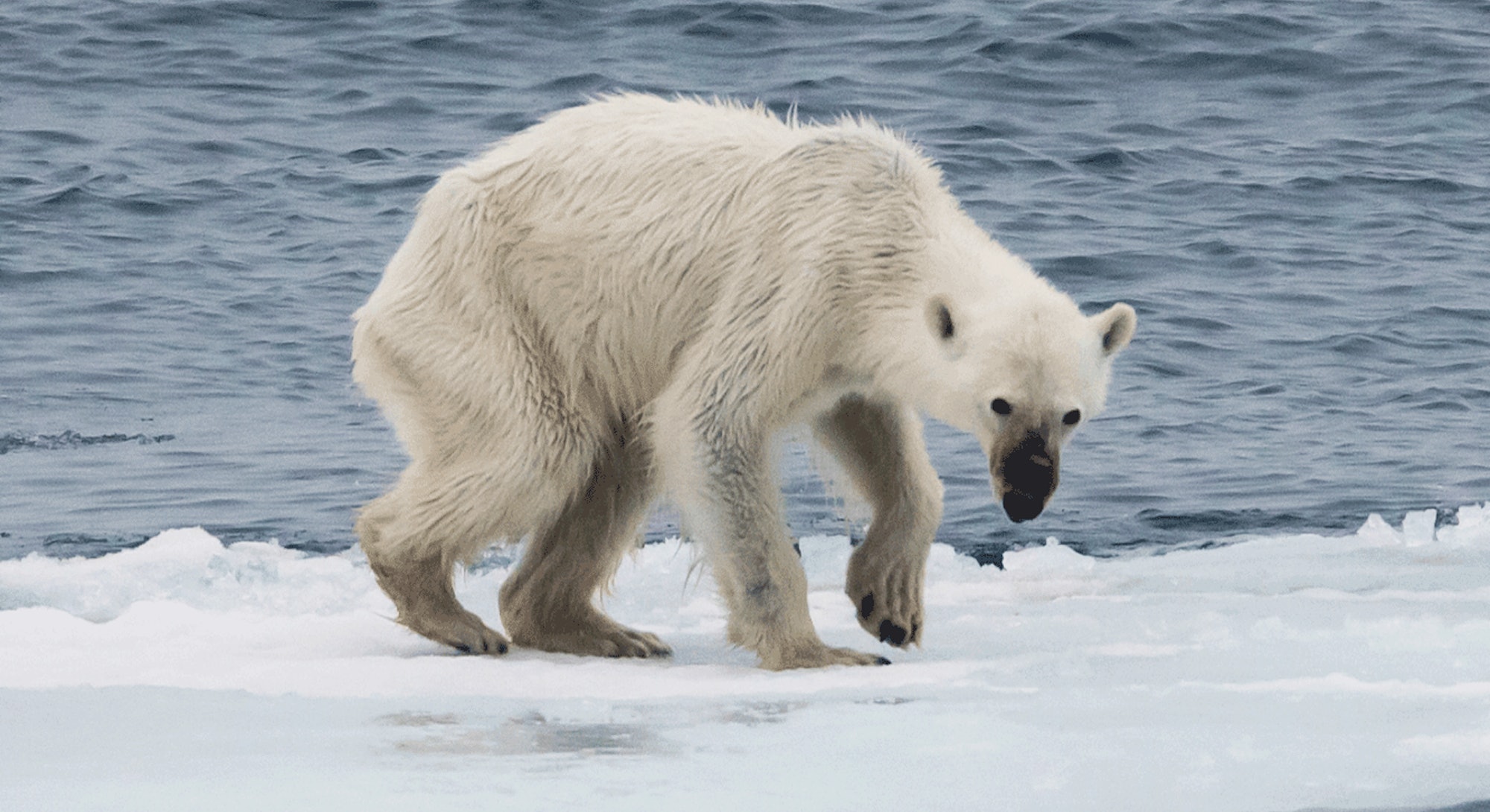 Giant flocks of fluffy pink flamingos. Lush landscapes of tropical forest. An army of penguins diving through icy waters. After its debut in April 2019, audiences around the world sat stunned behind their screens by Our Planet’s staggering visuals and powerful narration, voiced by the king of nature docs, Sir David Attenborough.

While many raved — it’s 93 percent “fresh” on Rotten Tomatoes — about Netflix’s eight-part docu-series, its critics say Our Planet doesn’t go far enough in depicting what filmmakers promised, which is a realistic glimpse of nature and our place in it.

Scientists reported this week that while 15 percent of the word count in Our Planet was devoted to discussing environmental threats, the footage that accompanied the words of Attenborough rarely showed those threats. There weren’t enough gripping visuals — a starving polar bear, for instance — that showed the effects of climate change, and even if those visuals were used, they might make people think the current climate crisis is a far-flung problem (again, the starving polar bear), not one in their own community.

Our Planet does show deforestation in Borneo, and captures Russian walruses plummeting to their deaths due to habitat loss.

But there’s far more feel-good imagery in the series, and the reasons why are complicated, contradictory, and contain the story of how we have come to think about climate change.

Our Planet excluded footage of the role humans play in the emission of carbon dioxide through burning fossil fuels, transportation use, mining, and deforestation, some of the major human activities credited with fueling the climate crisis.

The study, published in the journal People and Nature, says there are more effective ways of communicating to a mass audience the thorny topic of climate change. Experts argue that these strategies have the potential to ignite necessary, and climate-crisis mitigating change.

“If you watched it on mute, I’m not sure you’d really be getting that anthropogenic impact,” Laura Thomas-Walters, a behavioral scientist, Ph.D. candidate, and co-author of the study along with social scientist, Niki Rust, Ph.D. and conservation scientist Julia Jones, tells Inverse.

Thomas-Walters notes that, without the narration, it’s hard to see the Earth as anything but pristine, wild, and seemingly, healthy.

“You’ve got shocking scenes, but all his [Attenborough’s] documentaries have shocking scenes — of animals dying and it being sad,” Thomas-Walters explains. “But those can be dismissed as nature — red in tooth and claw.”

With an audience of an estimated 1 billion people, Our Planet may have missed an opportunity to show a global audience how the climate crisis is changing nature.

Thomas-Walters compares the climate communication debate to the dilemma faced by animal advocates.

“It can’t just all be butchered pigs and slaughtered cows because people just don’t want to see that,” she says.

“You’ve got to ease them in a little bit.”

Study co-author Julia Jones sharply criticized the Our Planet in April in an op-ed for science website The Conversation:

“Despite being billed as an unflinching look at the threats facing the intricate and endlessly fascinating ecosystems being depicted, [Our Planet] actually tends to shy away from showing these threats or, even more importantly, addressing the question of what can be done to resolve them.”

For the new study, Jones and Thomas-Walters critique how Our Planet succeeded and failed on its promise to viewers: “Experience our planet’s natural beauty and examine how climate change impacts all living creatures in this ambitious documentary of spectacular scope.”

The researchers coded the scripts of Our Planet, and three recent Attenborough-voiced BBC documentaries: Planet Earth II, Blue Planet II, and Dynasties, to explore the extent to which threats — as well as conservation — are discussed. Our Planet and Blue Planet II led the pack in discussing threats to species and conservation.

None of the documentaries reviewed showed visual depictions of these threats proportional to narration.

As Thomas-Walters says: “It can’t just all be butchered pigs.”

Timely research states that facts don’t change minds, and the indication is that Our Planet’s info-rich script isn’t as effective as visuals.

A 2009 case study published in Learning Media and Technology found that non-verbal nature documentaries helped students better develop environmental knowledge than narrated ones, which could then inform their decision-making. In this case, seeing really is believing. Believing subsequently results in understanding, which could lead to action.

Can audiences handle the truth?

Critiques of nature docs aren’t new. Attenborough has been criticized before for not telling “the truth” about what is going on in the natural world. After the release of Dynasties, journalist George Monbiot argued in The Guardian that Attenborough “created an impression of security and abundance, even in places afflicted by cascading ecological collapse.” At that time, Attenborough told critics that he didn’t want to sound like an “alarmist.”

One question Thomas-Walters hears is: Why are documentary filmmakers responsible for showing these harsh realities? The answer comes down to the need to consider how film affects human behavior.

"I feel like if you’re profiting from nature, then you have an ethical obligation to help protect it

It wasn’t that the Our Planet documentary filmmakers didn’t film human impacts on nature. In 2015, Jones spent three weeks filming in Madagascar, where the team filmed scenes of destruction and deforestation. Meanwhile, filmmakers had extensive discussions with local conservationist scientist, Rio Heriniaina. None of this footage made it into the final cut.

Decisions behind the scenes may have been shaped by the dominant perception that audiences will shrink from truthful imagery, Thomas-Walters explains. Attenborough has said raising the alarm about environmental threats too often can become a turn-off for viewers. Thomas-Walters agrees that alarmist tactics can backfire.

“These fear appeals or doom and gloom approaches — alone they don’t really work,” Thomas-Walters says. “Alone they can overwhelm viewers and make you feel vulnerable and then people tend to disengage or have denial of the whole problem. What you need is to couple it with constructive information — how you can change what’s happening.”

In other words, don’t just tell people the world is ending. Thomas-Walters argues that it’s important for filmmakers to include actionable tips, like ways to eat less red meat, choose green energy, and reduce long-distance flights.

“The classic symbol of climate change is the polar bear on the melting ice caps,” Thomas-Walters explains. “There’s a long argument that it has actually done a big disservice to the climate change movement as a whole because it paints climate change as something happening elsewhere, not impacting us directly.”

At the end of each episode, Our Planet directs viewers to its website, where they can find resources and ways to help. They can also watch an associated eight-minute video that shows more human and nature interaction. But how many viewers take that extra step?

Thomas-Walters and Jones have scheduled calls to discuss their findings with both the BBC and WWF, talks which Thomas-Walters hopes will lead to more rigorous evaluation and collaboration on future nature documentaries.

“We live in an increasingly visual society with the rise of social media and the internet,” Thomas-Walters says. “We’ve been bombarded by images and I think it’s really important that we understand how we can use the visual more effectively to engage people.”