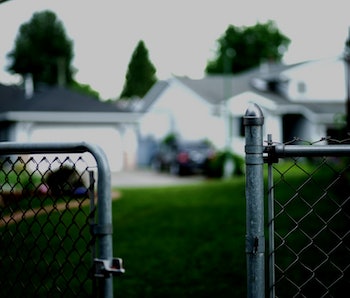 Before the 1960s, segregating residential areas by race was both legal and ubiquitous. However, after the passage of the Civil Rights Act and the Fair Housing Act, doing so became illegal — technically. Metro areas have seen a decline in racial stratification since 1990, but de facto segregation continues through various means. New data shows how the repercussions of segregation can be a matter of life or death.

On Wednesday, New York University’s School of Medicine introduced a new tool called the City Health Dashboard, a database that lets users view and compare the country’s 500 largest cities across a variety of metrics including, but not limited to, binge drinking, violent crime, and opioid overdose deaths. Exploring within cities shows how the data changes across neighborhoods.

In a demonstration of what this sort of data system can do, researchers from NYU’s Department of Population Health examined the relationship between life expectancy gaps and levels of racial and ethnic segregation. The latter is measured in the Dashboard as the distribution of the racial and ethnic groups within a neighborhood compared to the distribution across the city. In turn, they found that the cities with greater degrees of racial and ethnic segregation were also the places with the most “alarming” life expectancy gaps.

“We’ve known for a while that conditions in our neighborhoods can have a profound influence on how long and how well we live,” co-author Benjamin Spoer, Ph.D., says. “But we were surprised to see just how the large the gap in life expectancy can be between neighborhoods, and how strong the link was between life expectancy and segregation, across all different kinds and sizes of cities.”

According to the analysis, three cities stood out with the largest life expectancy gaps. Each of these cities also had racial and ethnic segregation scores that were more than double the average score for all 500 cities in the Dashboard:

Washington, D.C. has a life expectancy gap of 27.5 years. It is also one of the most notoriously racially segregated big cities in the US. It is predominantly split by race laterally — with the majority of Black citizens living on the east side, and the majority of White citizens on the west.

The average life expectancy in New York City is higher than the average across 500 US cities — 80.6 years compared to 78.8 years. But the life expectancy gap across neighborhoods is 27.4 years. The researchers describe the city as “highly segregated by race and ethnicity,” noting that, for example, people who live in East Harlem live an average of 71.2 years while those living in the Upper East Side live to about 89.9. years. Just a few blocks separate the two neighborhoods.

Studies show that living in racially isolated neighborhoods is predictive of living a shorter life, especially for Black residents. In a 2018 study, researchers examined the mortality rates of White and Black men and women, aged 35 to 75, living in 102 large American cities. They found that Black Americans have a 9 to 14 percent lower probability of survival compared to their White counterparts. Residential segregation, they note, was strongly associated with this survival gap, and in part could be explained by socioeconomic inequality.

Political and social mechanisms enforce modern segregation, and in the cities where this is most common, minority and low income neighborhoods are linked to lower quality educational and employment opportunities, their citizens are exposed to a disproportionate number of environmental health risks, and they are provided with lower quality health care providers.

According to the Dashboard, the cities with the smallest life expectancy gaps are also the cities with the smallest segregation gaps — places like Livermore, California, and Meridian, Idaho. But this isn’t because these are utopian locations. 2010 census data shows that Livermore is 74.6 percent White, while Meridian is 87.7 percent White. There is less segregation, but that’s mostly because these places are way less diverse.

“The data on life expectancy gaps are an invitation for city leaders to dig deeper into the conditions that influence health, to better target action to close these gaps, and ultimately improve health for everyone,” co-author Marc Gourevitch, M.D., says. “Your neighborhood shouldn’t influence your odds of seeing your grandchildren grow up.”