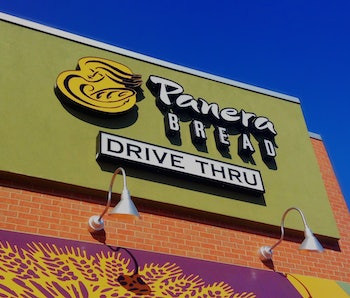 For those of us too frazzled to pack homemade meals during the week, sometimes the prepackaged, manufactured warmth of Panera Bread will do just fine. Unfortunately, fears that one of Panera’s products could cause a less desirable kind of warmth — that is, fever accompanied by food poisoning from Listeria bacteria — forced the company to issue a voluntary recall on its prepackaged cream cheese products on Sunday.

Fortunately, nobody has gotten sick yet, but quality control testing revealed traces of Listeria monocytogenes in some of Panera’s cream cheese products, so the company is recalling all of its goods, just to be safe. Listeria, which causes a type of food poisoning called Listeriosis, can cause some seriously shitty illness, explaining why Panera is willing to err on the side of caution here.

“The safety of our guests and associates is paramount, therefore we are recalling all cream cheese products sold in the US with an active shelf life. We have likewise ceased all manufacturing in the associated cream cheese facility,” said Blaine Hurst, Panera’s President and CEO, in a statement on Sunday.

“Only one variety of 2-oz cream cheese from a single day yielded the positive result. Our intent is to go above and beyond for our guests. You should expect nothing less from Panera.”

Infection with Listeria sickens about 1,600 Americans each year, leading to about 260 deaths. It doesn’t cause immediate illness, though, so even those sickened by Panera’s cream cheese may not know until months from now. Symptoms — the usual fever, muscle aches, and diarrhea associated with food poisoning — can start anywhere from one to four weeks after eating contaminated food, but depending on the strain and the amount consumed it can cause illness as early as the day of consumption or as late as 70 days after the tainted meal.

In more extreme cases, symptoms can include “headache, stiff neck, confusion, loss of balance, and convulsions,” according to the United States Centers for Disease Control and Prevention.

Listeriosis is hazardous for the elderly and people with compromised immune systems (those whose bodies can’t fight against infection because of immunosuppressive drugs), but it’s most dangerous for pregnant women. While the majority of expectant mothers will only experience the usual flu-like symptoms, they risk infection affecting their fetus: Listeria can cause miscarriage, stillbirth, premature delivery, or other life-threatening conditions for the child.

As Listeria is a bacteria, the most common course of treatment is antibiotics, prescribed after bacterial culture tests confirm that it’s actually in the body.

If you suspect you’re a victim of Panera’s cream cheese, it’s best to get to a doctor to make sure you’re getting the right kind of care.