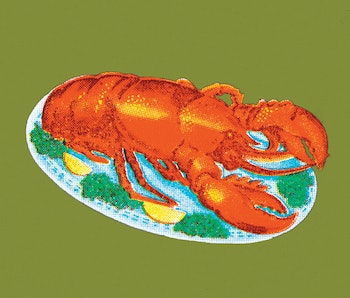 One-third of the world’s plant and animal species could be extinct by 2070 if humans don’t change course. As the planet’s biodiversity plummets, scientists are trying to untangle the many consequences this loss has for people.

In a study published Monday in the Proceedings of the National Academy of Sciences of the United States of America, researchers focused on this link in regards to marine biodiversity. They wanted to better understand how eating a variety of different types of seafood, rather than just a few species, influences human health.

What’s new — Seafood has a well-deserved reputation as a staple protein source, especially in coastal and indigenous communities. For this reason, the co-authors of the new study expected protein content to vary most based on how diverse a person’s sources of seafood were — but that isn’t what they found at all.

Eating many different types of seafood — a biodiverse approach to seafood consumption, according to the researchers — didn’t provide a person any more or less protein. Where biodiversity did matter was when it came to other nutrients, especially micronutrients like calcium and iron, as well as essential fatty acids.

No one species is high in every nutrient at the same time, so not only did people consume a wider variety of nutrients when they ate different seafood, they also only needed to eat a sample of each species — rather than a lot of just one or two species — to reach their daily intake.

Digging into the details — The study authors found the biggest differences in calcium, iron, zinc, EPA, and DHA were attributed to a species’ habitat, trophic position, body size, diet, and how they ate.

They determined that by upping seafood diet diversity from one species to 10 species, people could reach their recommended daily targets for five essential microelements and fatty acids with half the amount of food.

Taking advantage of biodiversity in your seafood intake might mean subbing some of those weekly salmon fillets for mussels, oysters, squid, octopus, crayfish, or lobster.

Lead author Joey Bernhardt is a Hutchinson Postdoctoral Fellow in the Department of Ecology and Evolutionary Biology at Yale University. She tells Inverse this new evidence shows “biodiversity is critical to ensuring human health, now and into the future, in a way that we hadn’t appreciated before.”

“We showed that when we rely on a wider range of species, we can reach our nutritional goals much more efficiently, using less seafood mass,” Bernhardt says.

Biodiversity, in turn, benefits human health. The issue is whether or not communities have access to a biodiverse selection of seafood.

Co-author Mary O’Connor, the associate director of the Biodiversity Research Center at the University of British Columbia, tells Inverse coastal communities in low-income countries and indigenous communities are slated to be most impacted by dwindling biodiversity in global fish stocks. This is because these populations are more likely to rely on seafood as their main source of some of these vital nutrients.

“We showed that when we rely on a wider range of species, we can reach our nutritional goals much more efficiently... “

The researchers also found that the nutritional benefits of different seafood diets were more dependent on biodiversity than productivity, or how many fish, mollusks, or crustaceans of a single species there were. Instead, nutrition increased when there were a greater number of different types of sea creatures in an area, all of which filled different roles in the ecosystem. This is important because both factors are used to determine both the health of an ecosystem and how they benefit humans.

“We know that biodiversity matters for carbon storage and food production for animals like cattle, but we haven’t seen a marine aquatic human health link. It’s not just what is important for seafood, but what it tells us about biodiversity as a whole,” O’Connor says.

How they did it — To make this connection, Bernhardt, O’Connor, and colleagues analyzed nutritional data from more than 800 aquatic animal taxa. They found that species with different ecological traits also had distinct micronutrient profiles and that these nutrient compositions complemented each other when consumed together. Surprisingly, there was very little difference when it came to protein content.

Why it matters — By examining the issue of ocean biodiversity from a human health perspective, the researchers were able to provide new evidence that emphasizes the importance of conserving biodiversity in the world’s fisheries. This means both implementing laws that protect oceans and freshwater habitats from overfishing and supporting seafood suppliers that harvest sustainably. It also means working to stop the effects of climate change from worsening and restoring ocean ecosystems, both along the shoreline and in the sea.

In a 2020 report on aquaculture and fisheries, the Food and Agriculture Organization of the United Nations (FAO) reported that one-third of the world’s fish stocks are being overfished. According to the report, this number has tripled in the past 40 years, but wild fish reserves aren't the only seafood sources threatened by a lack of biodiversity.

According to O’Connor, protecting biodiversity in farm-raised seafood is equally important for human health. The FAO report also found that aquaculture, or farm-raised fish, production has grown more than 7 percent every year since 1970, making it a staple in the global seafood supply chain.

“Most of our global aquaculture will soon go down to around 10 species,” O’Connor says. “It’s approaching what monoculture agriculture is today.”

If aquaculturists aren’t producing a biodiverse range of seafood, there will be fewer species available at grocery stores and restaurants. But if people, businesses, and policymakers better understand the important role biodiversity plays in human health, they may be more inclined to create sustainable practices that protect it, both in farmed and wild caught seafood.

What to do about it — It can be difficult to know what to do to help, but Bernhardy and O’Connor say that supporting local fisheries or small fishing operations when possible is the best way to support marine biodiversity through your seafood consumption right away.

“One of the realities is that many of the effective conservation strategies happen at higher levels, so one of the best things we can be doing is supporting policymakers who will make good decisions about biodiversity conservation practices,” she adds.

Abstract: Humanity depends on biodiversity for health, well-being, and a stable environment. As biodiversity change accelerates, we are still discovering the full range of consequences for human health and well-being. Here, we test the hypothesis—derived from biodiversity-ecosystem functioning theory—that species richness and ecological functional diversity allow seafood diets to fulfill multiple nutritional requirements, a condition necessary for human health. We analyzed a newly synthesized dataset of 7,245 observations of nutrient and contaminant concentrations in 801 aquatic animal taxa and found that species with different ecological traits have distinct and complementary micronutrient profiles but little difference in protein content. The same complementarity mechanisms that generate positive biodiversity effects on ecosystem functioning in terrestrial ecosystems also operate in seafood assemblages, allowing more diverse diets to yield increased nutritional benefits independent of total biomass consumed. Notably, nutritional metrics that capture multiple micronutrients and fatty acids essential for human well-being depend more strongly on biodiversity than common ecological measures of function such as productivity, typically reported for grasslands and forests. Furthermore, we found that increasing species richness did not increase the amount of protein in seafood diets and also increased concentrations of toxic metal contaminants in the diet. Seafood-derived micronutrients and fatty acids are important for human health and are a pillar of global food and nutrition security. By drawing upon biodiversity-ecosystem functioning theory, we demonstrate that ecological concepts of biodiversity can deepen our understanding of nature’s benefits to people and unite sustainability goals for biodiversity and human well-being.

More like this
Mind and Body
Jan. 23, 2023
Can spicy food boost our gut health? Here's what the science says
By Katie MacBride
Mind and Body
Jan. 21, 2023
Do detox diets work? A dietician breaks down the murky science
By The Conversation and Taylor Grasso
Mind and Body
Jan. 29, 2023
How to take advantage of a bad mood
By Sarah Sloat
LEARN SOMETHING NEW EVERY DAY.
Related Tags
Share: