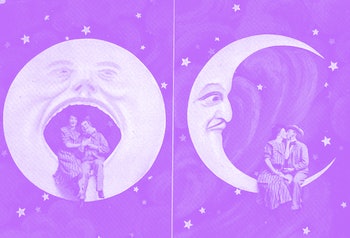 Love hurts. It’s incontestable. Even ignoring thoughts of heartbreak, you’d know this from the body. When love ends, people report physical pain — an ache in the chest, a stomach cramp, dull fatigue.

Understanding the lovelorn, and determining exactly what breakups do to the body and why is an ongoing area of study. To make sense of it all fulfills more than a poetic need to truly apprehend the state of love. More practically, it can point to solutions. Love hurts, after all, but it can’t hurt forever.

Take a recent study examining Danish divorcees. Denmark, the study notes, is a country where divorce is not associated with a societal stigma; there is “high societal acceptance of divorce.” This acceptance did not make divorce easier. The 1,856 recently divorced people reported significantly worse mental and physical health compared to a comparative, not-divorced group, even when the researchers controlled for socio-demographic factors. This was especially true when levels of conflict were high.

Søren Sander is this study’s first author, a psychologist, and a researcher at the University of Copenhagen. Conflict, Sander tells me, adds “even more pressure and negative emotions to an already stressful situation.” It can cause, what he calls, “divorce burnout.” Divorce, ultimately, is experienced as a crisis.

“Breaking up is not a discrete event, but rather a yearlong process which causes several stressors and increases the risk of negative mental and physical health outcomes,” Sander says.

He gives an example from his own clinical practice: A man in his 40s was left by his wife and he “found himself in an existential crisis since a lot of his identity was associated with him being a family father,” Sander says. Selling the family house and moving to an apartment, meanwhile, put him under financial strain, adding to stress. He started having issues with sleep, making it difficult to exercise. He ordered more takeout and drank more alcohol.

Tell us about it, Bonnie.

The man’s issues corkscrewed and vaulted. It’s no mystery why — if you are a person, you’ve either seen or experienced how problems can compound and breed. But accumulating evidence provides some clarity on the more elementary whys: Why do we feel heartbreak at all? Why do our molecules and wiring mean we are beings who care?

Because of the rise of neuroimaging technology, scientists now know physical pain and social pain are actually processed in some of the same regions of the brain. A breakup, in turn, can be experienced the same way as injury. When you break your arm, the brain decides how distressing the event is and prompts an appropriate behavioral response. The same neural circuitry may be ignited when the brain processes emotional strife.

Meanwhile, experiments using functional magnetic imaging suggest simply seeing a photograph of a romantic partner — who, importantly, has rejected you and you continue to love them all the same — activates parts of the brain associated with craving, gains and losses, and emotional regulation.

A 2016 study found feelings of intense romantic love engage regions of the brain’s “reward system,” including the dopamine-rich ventral tegmental area. That’s also the part of the brain activated by drug addiction.

Lucy Brown, a co-author of that 2016 study, is a neuroscientist and one of the leading experts in the study of how romantic love affects the brain. Why love pains us so, she tells me, may come down to our evolutionary history. It was once important to have a protective partner, so the drive to save a relationship today is very strong.

“We have always said that nature overdid it and made the breakup too terribly painful,” Brown says.

Love, in turn, can rock us. Understanding its neural similarity to addictive states could eventually inform more effective therapeutic treatments for heartbreak gone too far and for too long.

Sander’s team, meanwhile, is using their study to inform the design of digital interventions with the aim of getting the resources to the divorced as soon as possible. They are involved in a project called Cooperation After Divorce, which offers tools for managing adverse mental and physical effects.

There’s still more to learn, Brown says. We don’t know why, for example, some couples maintain romantic love for so long or the role genetics might play in picking a partner. What we do know is heartbreak is not the result of weakness in spirit. It’s part of being a person; it’s something our brains are designed to care about. Eventually, it ceases — or one has to take the restorative steps to get there. Always, it is natural, even if it is unwanted.