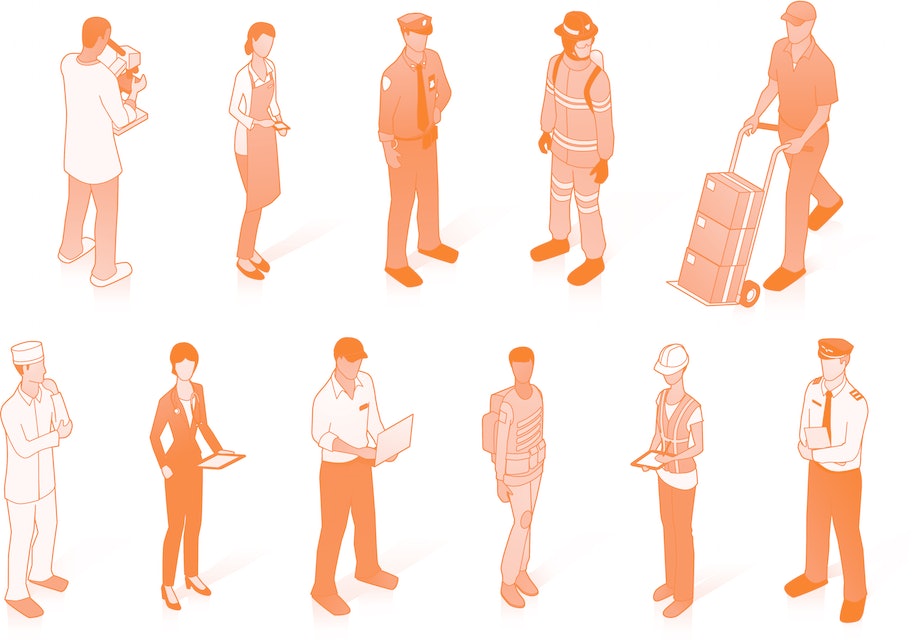 People spend a third of their life working. Stress, or discrimination related to work, is also known to inflict serious emotional toll over the years. The question is: How does the coexistence of these two facts affect one's health? Can a job actually cut life short?

They discovered that work stressors are more likely to cause depression and death when one's job means they have little control over their day, or when one has a limited capacity to solve their own problems.

Meanwhile, people can stay relatively mentally and physically healthy if their job is intensely demanding — if they have a high degree of autonomy. But if those job demands come without any control of day-to-day work activities, people are more likely to suffer negative consequences.

The study also found that if someone has high cognitive ability — the ability to learn or solve problems — they are also protected against the negative health effects of too much or too intense of work tasks.

"Job demands, which can be perceived as stressful experiences, hurt mental health and result in a higher likelihood of death when employees don't have resources to deal with the stress," co-author Bethany Cockburn, a workplace stress researcher at Northern Illinois University, tells Inverse. "To deal with these stressors, employees need adequate job resources and or adequate cognitive ability."

Based on the study, published in May in the Journal of Applied Psychology, Cockburn and her colleagues say that both managers and employees can do more to prevent an unhealthy imbalance of job demands and psychological resources.

Stress test — To figure out how job demands and work-related dimensions impact mortality as well as physical and mental health, Cockburn and co-author Erik Gonzalez-Mulé, a researcher at Indiana University Kelley School of Business, harnessed data from 3,148 people living in Wisconsin who participated in the nationally representative, longitudinal Midlife in the United States survey. On average, study participants were 44 years old, reflecting the average age of US employees.

The researchers followed that group over two decades, from 1995 to 2015, and tracked their mental and physical health, mortality, cognitive ability, and job-related data through a litany of surveys and tests. Specifically, the team captured the groups' job demands such as workload and time pressure, as well as their job control — how much they could schedule their own work or make decisions.

During the 20-year study period, 211 people in the group died.

Data analysis revealed grim insights: Job demands were linked to an increase in mortality due to poor mental health when job control or cognitive abilities were low.

Researchers saw a lower likelihood of death via better physical health when job control was high.

Work to live — Based on the findings, people tend to live longer when they have control over their work, even if their job is intensely demanding.

Cockburn explains that autonomy and cognitive ability may buffer people against work stressors by helping people have the skills and job resources to meet job demands. Autonomy may also provide the opportunity to restructure or change their jobs to be able to meet demands.

"In meeting these challenges, people might experience less stress because of the resulting positive feelings of accomplishment and self-confidence," Cockburn says. "On the other hand, not having the resources to meet challenging job demands seems to make things much worse. Individuals are more likely to have poorer mental health and a higher likelihood of mortality."

Companies should keep these job-related facets in check to avoid jeopardizing employees' health, Cockburn advises. She argues that health and well being should also be at the center of the hiring process.

"Employers need to understand that when they make decisions like understaffing jobs they may be putting the mental health and lives of their workers at risk," Cockburn says.

If companies can't give employees more control, they should reduce job demands to ensure workers aren't overly stressed, she says. Employers should structure jobs so they provide “good” stress (like fast-paced work) only when they are providing job control to meet those challenges.

This may require adequate staffing or giving more time to complete tasks. Employers should also consider providing access and work time to use services that support employees’ physical and mental health, like access to gyms and mental health counseling, Cockburn says.

On the employee side, if you are stuck in a job with little autonomy and mounting demands, Cockburn says there are ways to protect against potentially damaging consequences.

"To protect your physical health, you should look for jobs that provide challenges that you have the skills and job resources to accomplish," she explains. "To protect your mental health, look for employers who value your well-being by not asking you to work in an under-resourced job, which might cause you to have too large of workloads or work too fast."

She also suggests considering talking to a counselor or therapist about your experiences.

"The effects of stress can sneak up on us over time, so taking your experiences seriously right away and talking to a professional might help ward off some of the effects of high stress and low control," Cockburn says.

LONGEVITY HACKS is a regular series from Inverse on the science-backed strategies to live better, healthier, and longer without medicine.

HOW THIS AFFECTS LONGEVITY — Lack of control or ability at work is linked to depression and early death, regardless of job demands.

WHY IT'S A HACK — Enabling employees' autonomy and hiring people with higher cognitive abilities can help people avoid this harmful cycle.

SCIENCE IN ACTION — If people are in a job with little control, they can try "job crafting" — seeking out projects that feel meaningful or align with one's values. It can also be helpful to talk to someone, a friend, or mental health professional about what's going on before stress starts damaging your physiology.