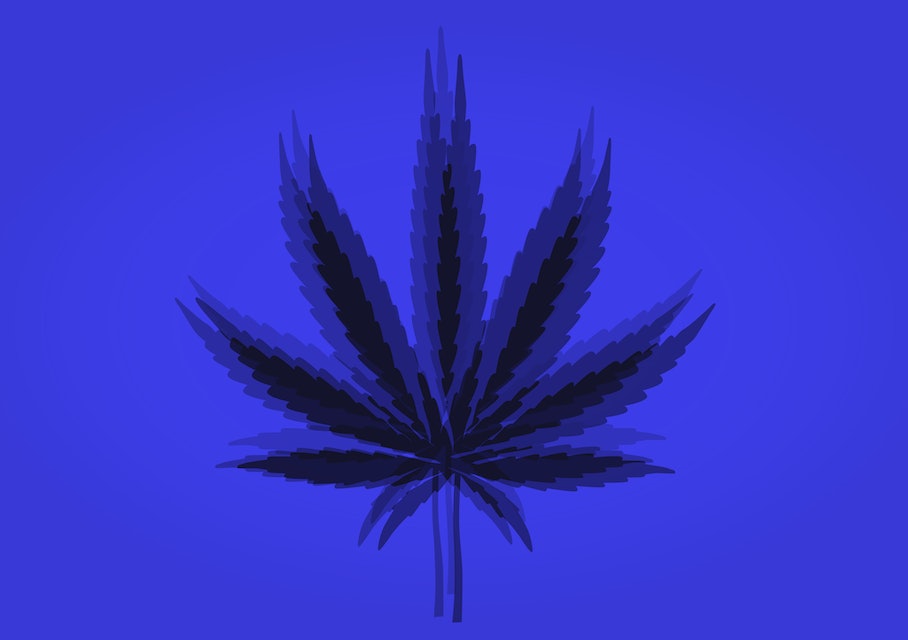 In the United States, you have to be 21-years-old before you can buy a cigarette, alcohol, or recreational marijuana. Unlike cigarettes and alcohol, the legal age for marijuana is decided by states and not the federal government. Why states have settled on 21 as the legal age, meanwhile, is a bit nebulous — some lawmakers argue it's to keep weed out of schools, while others say it should be treated similarly to alcohol.

According to a new study, Americans might be a bit overzealous in their restricting when it comes to who can access the drug.

The minimum legal age for smoking weed should be around 19 years old, according to a study published Wednesday in the journal BMC Public Health. At that age, negative impacts on long-term health, educational attainment, mental health, and physical health are minimized, the study suggests.

The legal age for marijuana use in Canada, where these researchers are based, varies depending on the province where a person lives.

In most Canadian provinces the legal age for cannabis purchasing is 19 — except Alberta where it is 18. Quebec, however, raised that age to 21 in January 2020. The situation in Quebec is more indicative of the United States cannabis landscape.

This study suggests that it is possible to lower that age, but not by too much explains, explains Hai Nguyen, a health economist at the Memorial University of Newfoundland, to Inverse.

Smoking weed before age 19, he says, is linked to "significantly worse outcomes." But we may not need to wait until age 21 to head mental and physical health consequences off entirely.

"Several later life outcomes from starting cannabis use at age 19 are not different than starting at or after age 21," Nguyen explains.

Striking a balance – Setting the age threshold is about striking a careful balance between discouraging black market activities and minimizing health risks.

From the scientific perspective, pushing the age limit back to 21 may help protect the brain. For instance, a 2018 study of 3,826 teens found that when teenagers increased their cannabis use over the course of a year, their working memory skills declined in tandem.

A 2019 study suggests that cannabis upsets the natural thinning of grey matter in the teen brain, which could lead to cognitive issues. The CDC sums it up succinctly, stating that marijuana can have "permanent effects on the developing brain when use begins in adolescence."

Marijuana isn't uniquely damaging to teen brains (alcohol can do a number on them as well). But setting a legal age for marijuana is especially tricky because marijuana has an especially large underground market, says Nguyen.

Take certain THC vape brands like "Dank Vapes," which were directly marketed to teens, and sometimes filled with a thickener called Vitamin E acetate. This is thought to have caused a serious and sometimes deadly lung condition.

Meanwhile, illicit marijuana use in high school seniors has remained steady since 1997, suggesting that teens are using it anyway. A legal age that is too high, pushes teens directly into the black market's hands, the study explains.

Finding the ideal age – This study suggests that we can use evidence to try to strike a balance between the risk of long term brain issues, and pushing teens towards sketchy purchasing options

Nguyen and his colleagues analyzed survey data from about 20,000 people between ages 21 and 65, taking into certain markers of how their lives turned out in domains like general health, mental health, and educational attainment.

Finally, people who started smoking after age 21 tended to have more years of education than those who started earlier, a trend the scientists suggest that smoking earlier could be linked to dropout rates (but they can't prove that in this paper).

Importantly, this study can't prove causality, and it doesn't change the fact that marijuana may still have neurobiological effects on the brain of a 19-year-old.

The years between 18 and 21 are still crucial for brain development — the brain doesn't finish developing until about age 25. Because of that, the difference between 19 and 21 may be insignificant when it comes to life outcomes, but it may not be when it comes to cognitive skills. This study was not designed to asses those skills.

That said, the work does provide a framework that scientists can use to asses whether or not a certain minimum legal age is achieving what it is meant to do – reduce risk in the long term.

As long as the legal market is carefully kept regulated, says Nguyen, the Canadian provinces who set the marijuana purchasing age at 19 could be on to something.

Background: Choice of minimum legal age (MLA) for cannabis use is a critical and contentious issue in legalization of non-medical cannabis. In Canada where non-medical cannabis was recently legalized in October 2018, the federal government recommended age 18, the medical community argued for 21 or even 25, while public consultations led most Canadian provinces to adopt age 19. However, no research has compared later life outcomes of first using cannabis at these different ages to assess their merits as MLAs.

Results: We found different MLAs for different outcomes: 21 for educational attainment, 19 for cigarette smoking and mental health and 18 for general health. Assuming equal weight for these individual outcomes, the ‘overall’ MLA for cannabis use was estimated to be 19 years. Our results were robust to various robustness checks.

Conclusion: Our study indicated that there is merit in setting 19 years as MLA for non-medical cannabis.