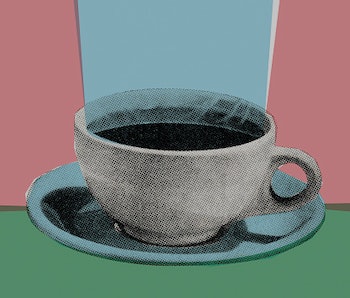 Tea, the most popular beverage on Earth after water, is also a wellness powerhouse. Studies suggest the drink has potential antioxidant, antibacterial, anti-inflammatory, anti-diabetic, and even anti-cancer effects.

Now, scientists say drinking tea more than three times a week is linked to living longer — and it could help stave off age-related diseases, like heart disease and stroke.

These findings were published this week in the European Journal of Preventive Cardiology.

This study suggests habitual tea drinking can promote longevity and prevent disease. The researchers estimate that a 50-year-old tea drinker who sips habitually is more likely to develop heart disease, or experience a stroke, nearly 1.5 years later and live 1.26 years longer, compared to those who rarely drink tea.

However, one cup won’t do the trick. Harnessing tea’s health properties requires the frequent consumption of at least three times per week.

To reach these findings, the team analyzed the lifestyles and health metrics of a large, healthy study population without a history of heart attack, stroke, or cancer. The data was drawn from the China-PAR project.

The group was split by tea-drinking habits: Those who consumed tea more than three times a week were classified as “habitual” while those who drank the beverage less than three times were “non-habitual.” The researchers tracked the participants for an average of 7.3 years, gathering data through standardized questionnaires and medical tests.

In turn, they found that people who weren’t consistent with drinking tea, or jumped on and off the tea wagon, didn’t receive the same longevity-related benefits.

That’s likely because the tea’s body-boosting effect stems from certain compounds in tea leaves, namely polyphenols like flavonols, theaflavins, and catechins. These properties have been known to reduce inflammation and act as antioxidants in the body, which help prevent or control free radicals from damaging cells. Coffee also contains polyphenols, which may lead to similar health benefits.

“Mechanism studies have suggested that the main bioactive compounds in tea, namely polyphenols, are not stored in the body long-term,” Dongfeng Gu, senior author on the study and researcher at the Chinese Academy of Medical Sciences, explains.

Therefore, consistent intake over an extended period may be necessary for the cardio-protective effect, Gu says.

What type of tea is the healthiest?

Not all types of tea are created equal: When delineated by type, the research team found that only people who drank green tea had these positive health effects, not those who drank black tea. Black tea undergoes a fermenting process before it reaches the cup, which can diminish the number of healthy polyphenols.

However, the study population was dominated by green tea drinkers: 49 percent of the sample drank green tea, while 8 percent of the sample preferred black. So further study on all tea types is needed before scientists can definitively say which varieties have the strongest influence on disease and mortality.

Limits to the research

This isn’t the first study that has aimed to pin down the exact health effects of drinking tea — and previous research has been mixed. While some studies suggest similar disease-fighting benefits, others have failed to make the same positive connections.

Furthermore, other confounding factors may be at play. It’s entirely possible that tea drinkers maintain other habits that manifest a longer, healthier life, like exercise or consuming fewer foods high in sugar or saturated fat.

Longevity Hacks is a regular series from Inverse on the science-backed strategies to live better, healthier, and longer without medicine.

HOW THIS AFFECTS LONGEVITY – Green tea drinkers are less likely to develop dangerous health conditions like heart disease and stroke. The authors estimate that habitual tea drinkers live about 1.26 years longer than someone who rarely drinks tea.

WHY IT'S A HACK – These researchers found that drinking green tea, not black tea, may be related to longevity. They suggest that's because green tea contains polyphenols that can reduce inflammation, and prevent free radicals from damaging cells. When black tea is fermented, levels of these polyphenols may be depleted.

Methods: We included 100,902 general Chinese adults from the project of Prediction for ASCVD Risk in China (China- PAR) in 15 provinces across China since 1998. Information on tea consumption was collected through standardized questionnaires. Outcomes were identified by interviewing study participants or their proxies, and checking hospital records and/or death certificates. Cox proportional hazard regression models were used to calculate hazard ratios and their corresponding 95% confidence intervals related to tea consumption.