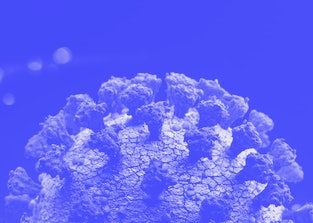 One psychological factor illuminates why democracies struggle with Covid-19

The Berlin Wall fell 31 years ago, but the experiences of people who have lived in Germany before and after it are illuminating one of the pandemic’s major struggles. How do you convince a whole country to buy into restrictive policies, from mask-adoption to lockdown?

A survey published Tuesday in The Proceedings of the National Academy of Sciences may guide the way, finding at least 25 percent of 4,799 Germans showed signs of “control aversion” to certain coronavirus policies.

That control aversion, the paper argues, may influence compliance — and suggests restrictions may be more of an issue for liberal democracies than places with more authoritarian forms of government.

Control aversion is the idea that you might actually do something, like wearing a mask, when left to your own devices. However, when asked to do it by someone else, the behavior becomes less palatable. The study’s lead author Katrin Schmelz, a postdoctoral researcher at the University of Kostanz in Germany, tells Inverse that motivation to comply with a mandate voluntarily can wane in the face of control aversion.

What the study found — Survey participants more likely to support measures like limiting contacts, wearing a mask, getting a vaccine, downloading a contact tracing app, or not traveling if it was voluntary, compared to mandated.

However, that pattern was blunted in one group: older East Germans, who had already lived through a communist regime where police state surveillance, and control of movements, were the norm (but still extracted high psychological tolls). Those patterns disappeared among younger residents of East Germany with fewer memories of the regime.

“Opposition against control is not a behavior that would have been helpful for East Germans,” Schmelz tells Inverse. “It’s a survival strategy to accept control more easily. People have learned that, and I was surprised to see that in the data. More than 30 years later, these patterns pop up again.”

The divide in Germany highlights struggles that places like the United States, and generally Europe, have had in getting people to embrace newfound restrictive measures, even temporary ones, en masse. Importantly, control aversion may not be as much of an issue in democracies where government trust is high (like South Korea). In countries where trust in the government is an issue, there can be a problem.

The reasons behind control aversion — The inability to self-isolate or take time off work makes it difficult for many to comply with measures like lockdowns.

And, like the younger East Germans in Schmelz’s paper, accepting control may not come easy to people in liberal democracies (though even liberal democracies have imposed strict restrictions on the daily lives of people in the past, often targeted at historically marginalized people.) Schmelz imagines that control aversion is “more of a concern” in these places.

“That's what I would extrapolate from the East-West data,” Schmelz says.

That said, there may be a way to strike the balance, Schmelz argues in her paper. Making some Covid-19 policies mandatory may be “unwise” because it risks stoking the fires of control aversion.

How to get people to follow the rules – As part of her survey, Schmelz analyzed Germans’ reactions to mandates on masks, travel restrictions, limiting contacts, vaccines, and downloading a contact tracing app. She asked respondents to rate how likely they were to agree to a policy, like wearing a mask, if it was strongly recommended or ordered.

Overall, people were more agreeable to getting a vaccine, limiting contacts, and downloading a contact tracing app if these actions were framed as options — not mandates.

Meanwhile, people reported a willingness to comply to travel restrictions and mask-wearing, regardless of whether they were framed as voluntary or mandated measures.

To some extent people feel social responsibilities to comply with certain policies, like mask-wearing, says Schmelz, regardless of whether they are mandatory. Data from the U.S., particularly on teens, suggests feelings of “social responsibility” are linked to better compliance with social distancing.

Schmelz's data can’t explain why vaccination and downloading a contact tracing app triggered the more extreme responses, but she suggests that it’s because these actions feel more personal. Mandating these activities may, in turn, reduce people’s desire to do them in the first place. This jibes with the argument that mandating vaccination at the federal level could cause a backlash, setting the whole effort back.

“My guess is that with these policies people might fear that this is more a transgression of their integrity,” says Schmelz. “It's more invasive.”

Does control aversion actually undermine policy? – Importantly, just because someone isn’t happy about a mandate, that doesn’t mean that, ultimately, they won’t comply. In Germany, Schmelz writes, survey vignettes indicate "the vast majority state that they would comply with a mandatory mask policy" if required – even if they're not happy about it.

And there are some issues that are too important to leave to popular opinion.

“When it's extremely important that 100 percent of the population comply with a measure, then, one should think of making it enforced anyway whether or not there is control aversion,” Schmelz says.

Mask-wearing may be an especially good case. The positive and negative reactions to a mask mandate, in Schmelz’s sample, canceled one another out. At the same time, scientists at The Institute for Health Metrics and Evaluation propose that if 95 percent of Americans wore masks, 129,574 lives could be saved by February. Actual American mask compliance ranges per poll and per age group but ultimately, we're still far from that percentage point goal.

Still, Schmelz is sympathetic to the idea that policymakers have to juggle the power of voluntary cooperation and the effects of strict enforcement of Covid-19 policies.

And especially with cases skyrocketing as vaccines roll out, getting that balance right may ensure that thousands of people reach the end of the pandemic.

Abstract: This paper makes three contributions. First, it provides insights from Germany on people’s agreement with policy choices that all countries face in addressing the COVID-19 pandemic. My findings point to dimensions relevant for policy makers when deciding between voluntary as opposed to enforced measures. These insights include the essential role of trust in government. Second, the paper contributes to the small but important literature on the intersection of policy design, state capacities, and the interplay of obedience and voluntary compliance. Third, my finding that even 30 y after reunification those who have experienced state coercion in East Germany are less control-averse concerning anti–COVID-19 measures than West Germans contributes to the literature on endogenous preferences and comparative cultural studies.

More like this
Science
Sep. 22, 2022
Can science prevent a pandemic?
By Tara Yarlagadda
Mind and Body
Oct. 3, 2022
One powerful breathing technique could boost a key factor for longevity
By Elana Spivack
Mind and Body
Sep. 22, 2022
A new study challenges a longstanding myth about Covid-19 and Vitamin D
By Miriam Fauzia
Related Tags
Share: