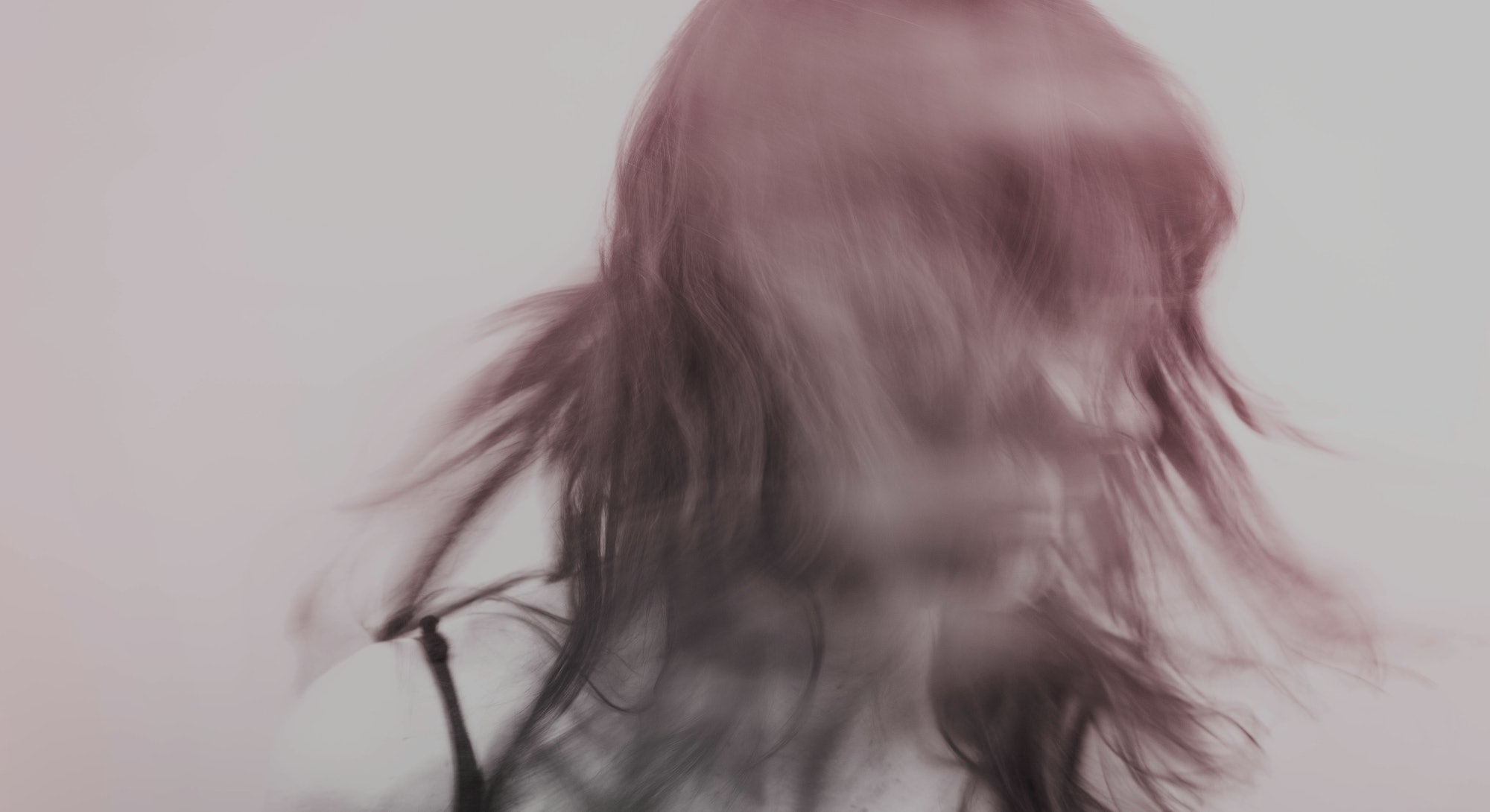 Attention Deficit Hyperactive Disorder (ADHD) is an extremely common condition that unfortunately can come with equally common misunderstanding and stigma.

A study published in the Journal of Neural Transmission in 2021 found the public has significant misperceptions about ADHD, especially when it comes to hyperactivity, hyperactivity-impulsivity, work, school, and risk-taking behavior. The study also found that these misperceptions have implications for people with ADHD when it comes to education, social settings, housing prospects, healthcare, and employment.

Inverse spoke to Jessi Gold, a psychiatrist and Assistant Professor in the Department of Psychiatry at Washington University’s School of Medicine in St. Louis as well as two ADHD advocates with the condition about the most common misperceptions about adult ADHD, why they’re incorrect, and what needs to be done to reduce the stigma around adults who have the condition.

ADHD is the third most common condition I treat, says Gold. She tells Inverse that one of the most common misperceptions about ADHD is that it’s overdiagnosed.

“Many people think ADHD is overdiagnosed and overprescribed,” she says. “The evidence on that is pretty mixed. But there are definitely groups that are missed as kids who may be diagnosed later in life when things get more challenging.”

Women, in particular, Gold says, are diagnosed later in life because their symptoms tend to focus more on inattention rather than hyperactivity. ADHD is often diagnosed in childhood because of difficulties in the classroom and those who don’t have the hyperactive type of ADHD are less likely to be noticed.

“Teachers are more likely to say ‘hey, your kid should be evaluated for ADHD’ if they’re interrupting a class and can't sit still,” she says. “But they're much less likely to be bothered with the kid who's in the corner looking out the window.”

Beyond gender, Gold says racial and ethnic minorities are often underdiagnosed as well, research has found this disparity begins as early as kindergarten and lasts through at least eighth grade.

“There's a big disparity in ethnicity with childhood diagnoses of ADHD. In Black populations, kids are often told they have conduct disorders when they really have ADHD. So it's hard to say that it’s always overdiagnosed.”

Sam Dylan Finch, a writer who was diagnosed with ADHD as an adult agrees with Gold.

“We've only recently brought girls, women, and folks of marginalized genders to the table when it comes to discussions and research on ADHD, he says. “There's a lot of work to be done in creating a more nuanced and inclusive view of ADHD.”

4. Adults don’t have ADHD because they grow out of it

Gold and Finch say that many people think ADHD is something people grow out of, but that simply isn’t true.

“Despite what people might think, this isn’t something that usually magically disappears,” Gold says.

Indeed, a 2021 study published in the American Journal of Psychiatry followed 558 children with ADHD for 16 years. Only one in 10 kids with ADHD experiences “full and lasting remission,” researchers found. The vast majority of people have symptoms that wax and wane over their lifetime, something Gold has seen firsthand in her practice.

“I have patients who took meds as a kid but don’t take them as an adult, because they’re fine. But some of those people came back over the pandemic and said ‘I’ve been fine for like 10 years, but all of a sudden, all my work is on the computer and now I’m struggling, so maybe I do need meds again,’” Gold explains. “There are different stressors that sometimes can come up and bring that out of you: Life gets more complicated, or your work changes, or you're stuck doing remote learning or remote work, and you just need help.”

3. People with ADHD are addicted to stimulants

The stigma around the use of these drugs can prevent people from getting formally diagnosed or seeking help with their ADHD, Gold says.

“I see a lot of doctors who are actually afraid to get diagnosed with ADHD or treated for ADHD because they don't want to come up positive on drug tests. And they don't want people to judge them for needing medication like that,” Gold says.

But the idea that people who use stimulants are addicted to them is flawed.

“From my experience with people who actually have ADHD, they don't misuse [meds]; the meds just make their brains work better. It’s not like they crave the drug. Just because a controlled substance helps you, doesn’t mean you’re addicted to it,” Gold says.

“There’s a lot of hand wringing about whether or not medication is a safe choice for these kids,” Finch adds. “But medication is a valid and, for some [adults and kids], a very crucial treatment route.”

2. Everyone with ADHD needs stimulants

Conversely, while many with ADHD benefit greatly from the use of stimulants, not all people with ADHD need them or even find them helpful.

“There are medications for ADHD that aren’t stimulants,” Gold says. “They can sometimes be good options for people, especially if they also have depression or anxiety, which stimulants can mask or exacerbate.”

But not everyone with ADHD needs medication at all.

Gold explains, “There are a lot of lifestyle changes and psychotherapeutic approaches that can help with managing ADHD.”

She says this will largely depend on the severity of the person’s symptoms.

“People who don’t have the kind of ADHD where they’re rolling through stop signs because they didn’t notice them, if they don’t have that kind of severity, they might not need to take meds at all,” she says.

Those can be useful for anyone with ADHD and, depending on the severity of one’s symptoms, might be enough to help them function well with the condition.

Finch says, “Some people think that we're like the ‘Energizer Bunny,’ moving a million miles a minute but not actually getting anywhere. Others think we're lazy, immature, and aloof. I think the common thread is that we don't have much to offer, either because we're too distractible or because we lack ambition or discipline.”

Rach Idowu writes the “Adulting with ADHD” newsletter, which talks about being diagnosed with the condition as an adult and discusses coping strategies.

In an email, Idowu tells Inverse, “A common assumption is that adults with ADHD are just lazy. They don’t understand that ADHD can be a debilitating disability and we do not choose to wilfully procrastinate, forget things, or be poorly organized. These are symptoms of ADHD.”

This lack of empathy and understanding can lead to two extremely common experiences among people with ADHD, Idowu says.

When employees or students with ADHD are seen as inferior, it not only contributes to stigma, it also ignores the positive aspects of how people with ADHD think.

Idowu says, “We also have many strengths such as being good at problem-solving, stakeholder engagement, coming up with ideas, [and] motivating others around us. But people focused too much on our struggles and don’t consider how we could play to our strengths in the workplace.”

Finch agrees. “I think social media has done a lot of heavy lifting when it comes to combatting stigma,” he says. “But more than that, we need meaningful support. We need our schools, workplaces, and other institutions to be better informed, especially around what accommodations neurodivergent people are in need of. That kind of structural support is really crucial for people with ADHD to thrive at all stages of life.”

Because of these misconceptions, it took Idowu a while to “be at peace” with having ADHD,” Idowu says. “While I was relieved to officially receive [my diagnosis], I was quite embarrassed and ashamed to tell people I knew in real life.”

She says doing research about the condition and connecting with the ADHD community has helped her “work with my brain instead of against it.”

“I took some time to understand that I have a disability,” she says. “I’m not lazy, my value hasn’t decreased, my brain is just wired differently.”

Her newsletter about living with ADHD as an adult has helped build her confidence as well as a community.

He says, “Much of how I've come to terms with my own diagnosis has stemmed from community support and education... I can't even imagine where I would be without that support.”