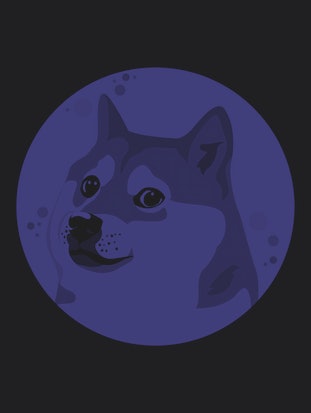 percent increase in value in 2021

Will Dogecoin reach 1 dollar in 2021? Here's what you need to know

The cryptocurrency Dogecoin was created in 2013, but it wasn’t until early 2021 – around the time of the now-infamous Reddit-fueled GameStop and AMC short squeeze sagas – that the coin started to attract more mainstream attention.

Built by software engineers Billy Markus and Jackson Palmer during the early Bitcoin craze and featuring a "mascot" of the then-popular meme featuring a Shiba Inu dog, the coin was originally conceived as a meta-joke about monetary value and the internet. The joke didn't last long for its creators: Markus and Palmer both ended their involvement with Dogecoin in 2015. In fact, Markus recently wrote on Reddit that he sold his coins for (only) about enough to buy a used Honda Civic.

Despite this, enthusiasm is high amongst some in the crypto community who continue to “hodl” (a deliberate misspelling of “hold” that refers to buy-and-hold strategies in the context of cryptocurrencies) the “joke” coin – and perhaps there’s good reason. On Monday, April 19, Dogecoin’s market capitalization (equated by multiplying a coin’s current price by its circulating supply) hit $50 billion for the first time, with the coin itself hitting an all-time high of $0.45 – made possible by surges of roughly 500 percent from the previous week and roughly 5,000 percent since the start of the year.

Why Dogecoin’s price keeps going up

Dogecoin’s prices have rallied in 2021 for several reasons. However, a major one is a seemingly ever-increasing positive cryptocurrency industry sentiment and, in turn, increasing prices of the coins themselves. In other words, it’s not just Dogecoin, it’s the entire crypto market.

Last week, in a significant move for the industry, crypto trading platform and exchange Coinbase fetched an $85 billion valuation in its stock market debut. And earlier this week, Venmo (owned by PayPal) announced its more than 70 million customers can now buy Bitcoin, Ethereum, Litecoin, and Bitcoin cash for as little as $1. Institutional (and, in turn, mainstream) adoption is cited as one major factor propelling the rise of cryptocurrencies. And Venmo's foray into the space puts the company among a growing suite of large institutions that have more recently begun accepting or at least recognizing the value of digital currencies.

Mastercard and Visa are trying to streamline crypto payments on their networks. Tesla has started accepting Bitcoin payments for its cars and now holds some of the digital currency on its balance sheet. Even Morgan Stanley and Goldman Sachs will reportedly soon offer clients the opportunity to invest in Bitcoin and other cryptocurrencies.

So will Dogecoin reach $1? To answer the question at hand, one could look at the coin using the more traditional factors usually considered when evaluating the strength of a digital currency offering, factors like blockchain protocols, use case, price action, circulating supply, and strength of the development team. (More on that a bit later). But Dogecoin is unique, and being in a category all on its own, a more all-encompassing assessment requires one to look at other less-traditional influencing factors.

Aside from positive cryptocurrency industry sentiment, several other factors have accelerated Dogecoin's recent gains. These include activity on the Reddit thread r/WallStreetBets among the #DogeArmy, the social media hype surrounding #DogeDay (April 20), and tweets from celebrities and brands, including Tesla CEO Elon Musk. In February, after Musk tweeted “Doge” and “Dogecoin is the people’s crypto,” we saw a 50 percent surge in price. Just over a week ago, Musk tweeted, "Doge Barking at the moon,” which boosted the coin’s price some more.

Then there was April 20 (aka, 4/20, National Marijuana/Weed Day) which this year an army of Dogecoin advocates on social media declared as “Doge Day.” The idea was that by using hashtags like #DogeArmy, #DogeDay420, and #Doge420, they could help propel the value of the coin upward towards the lofty goal of $1 per coin.

Popular brands followed suit and jumped on the #DogeDay420 bandwagon with Dogecoin-related tweets. We saw Milky Way, Snickers, Slim Jim, and others tweet support for the cryptocurrency, with the goal of sending the coin to the moon (crypto-talk for a coin that is soon going to rise significantly in price).

While individually these small plugs from brands may seem like potentially irrelevant promotions, they can affect a cryptocurrency's price in a big way. One phenomenon seen over the years is the correlation between how much a coin is talked about, whether that be measured by mentions on social media or trends on Google, and its price.

Putting aside this aforementioned focus on the cryptocurrency and its “hype value,” let’s look at Dogecoin through a more traditional lens. First, the coin does not (as of now) have many real-world applications. But there are some: one advocate and enthusiast is entrepreneur and investor Mark Cuban, who announced in March that his team, the Dallas Mavericks, would begin to accept the coin as a form of payment. Other adopters include Latvian airline airBaltic, electronics retailer Newegg, and luxury resort group the Kessler Collection. But, overall, usage is currently quite limited.

Some argue that Dogecoin does not stack up when compared to tried and tested digital currencies like Bitcoin. On April 20, Mike Novogratz, founder, and CEO of crypto-focused investment firm Galaxy Digital went on CNBC’s “Squawk Box”, explained how Bitcoin is “a well-thought-out, well-distributed store of value that’s lasted for 12 years and is growing in adoption.” Another factor that Novogratz believes will positively impact Bitcoin's price and usage is that “tens of billions of dollars'' of capital expenditures and operating expenses are put into the Bitcoin ecosystem every year. These investments simply aren’t there for Dogecoin.

“There is a crazy excitement [from] very young investors around meme coins and meme ideas. I mean, it’s shocking to me that GameStop continues to hold any value,” Novogratz said. “Dogecoin is even more bizarre in that respect.”

“Dogecoin is even more bizarre in that respect.”

Novogratz and other proponents of Bitcoin — so-called “Bitcoin Maximalists” who believe that the Bitcoin network will provide everything that investors want in a digital currency in the future — also point to its inherent scarcity as a characteristic supporting its value. Bitcoin’s supply is limited to 21 million coins, there being around 18.69 million currently in circulation. This feature has led some in the crypto space to dub Bitcoin as “digital gold.”

On the other hand, Dogecoin is inflationary and has no supply limit. So it arguably isn’t in the same league as Bitcoin, and is, in turn (according to some) not a wise long-term investment. Currently, there are more than 129 billion Dogecoins in circulation, and each minute 10,000 DOGE are added into the network. At this rate, explains Reddit user EthereumDream, miners add more than 5 billion coins per year. This lack of a supply cap is one more reason why some people are skeptical of the cryptocurrency’s massive rally and worry that people buying it will ultimately lose big.

While I’m not offering financial advice here, all things considered, the short answer is “probably, yes.” Positive, growing sentiment surrounding the cryptocurrency industry as a whole (in just the past few weeks, DOGE, BTC, and ETH all hit all-time highs), a community of passionate Dogecoin supporters, and plugs from “tastemakers” like Elon Musk all could drive the price up higher.

Also, considering that the coin has made roughly 5,000 percent gains in the past year, it’s not ridiculous to assume that the coin could triple in value (or more) in due time. One thing should be said here, that over the past few months, these incredible price increases have indeed provided opportunities to make money in the short term. In early February, enticed by a friend who is an avid Redditor, I put $50.00 into the coin on Robinhood when it was at about $0.03 and was able to double my money by selling a week later at $0.07. But that was just an experiment. I would have been okay with losing the $50.00 (I half expected to), which meant I was pleasantly surprised when I made a small profit.

But remember, the cryptocurrency industry is still young and volatile, and due to Dogecoin having a weak use case and no supply cap, while the numbers may be looking good now, it could easily go the other way. So while the answer is “probably, yes” the coin will reach $1.00, will I be investing again? No. I’ll stick to Bitcoin and Ethereum, thank you very much.