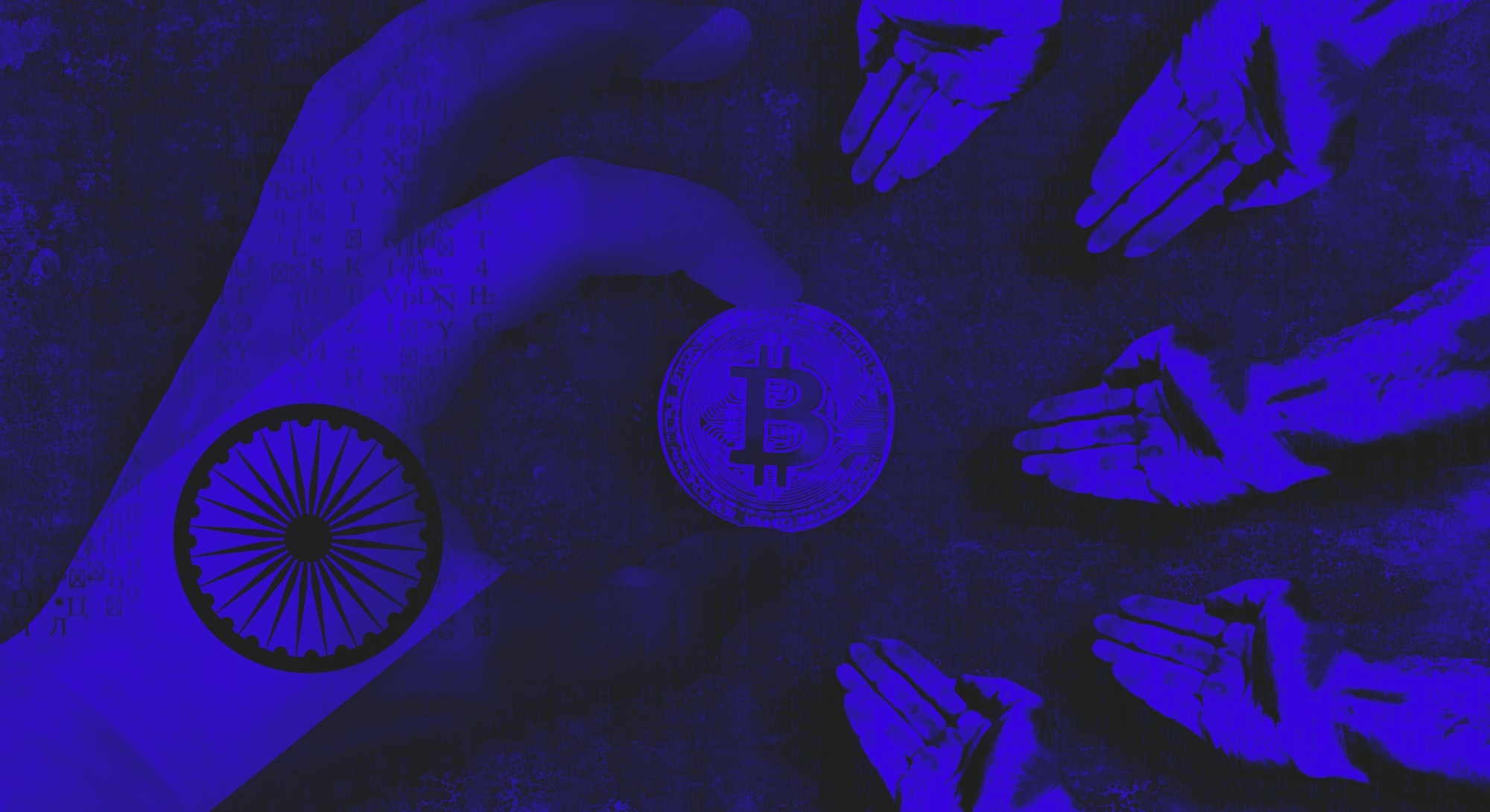 The Indian government is sending mixed signals about how it plans to regulate cryptocurrencies, including Bitcoin.

Government officials say they are still figuring out how to regulate cryptocurrency. At worst, some reports suggest India might criminalize Bitcoin ownership and use of the currency entirely. Either way, the Indian Bitcoin community offers a stark contrast to stereotypes about Bitcoin as the preserve of criminals and tech bros.

Before the pandemic, American Bitcoin circles were known for the same frat-party culture that once dominated Wall Street and Silicon Valley. There’s even a stereotype that the crypto rich all drive Lamborghinis, but anyone looking to India for Bitcoin playboys with lambos will be disappointed. Unocoin crypto-exchange investor Arpit Agarwal of Blume Ventures still drives a Maruti Suzuki Swift. Plus, he’s been married for nine years.

One of the reasons that India’s crypto millionaires aren’t flaunting their wealth may also be that many of them are making long-term bets, rather than speculating for short-term profits, on how this technology will increase India’s prominence in global markets.

CRYPTO-SAVVY is a series from Inverse that explains the world of cryptocurrency and where it’s going next.

“Every time Bitcoin has a jump in price, I see it as a validation of my thesis. Even when it goes down, I know a lot of people are still transacting and institutions are still adopting, so I see no reason to exit,” Agarwal tells Inverse.

He also points to other issues with exchanging fiat currencies, like rupees and dollars, that he hopes cryptocurrency can eventually solve.

“Especially regarding the supply of currency across borders, there are hundreds of use cases that haven’t been solved because the countries don’t want to trust each other and there’s no neutral authority to build the trust,” Agarwal says. “This problem can be completely reimagined using cryptocurrency.”

According to data from the peer-to-peer exchange platforms LocalBitcoins and Paxful, India is now the second-fastest growing Bitcoin market in Asia, garnering more than $53 million in quarterly transaction volume. Agarwal is a bit of an anomaly in India, because he views Bitcoin as an asset class for long-term holding. Rather than predominantly using exchange platforms, like cryptocurrency users do in North America, he says lots of Indian retail users seem to be buying Bitcoin from each other.

Agarwal hasn’t cashed out of his 4-year-old Bitcoin position, so his lifestyle hasn’t changed even as his cryptocurrency holdings appreciated dramatically. Instead, Agarwal says he is grateful to his wife for suggesting they take Bitcoin seriously as a savings tool.

“We never would have had these opportunities if we had done it the traditional way.”

Agarwal isn’t alone. Kavita Gupta, an Indian woman who splits her time between Delhi, New York, and San Francisco, recently launched a crypto-centric TV program in India through FinTech TV. Gupta, who previously worked with legacy institutions like the International Finance Corporation, tells Inverse that working in the crypto industry is “empowering” because traditional payment rails feel “like a system from a different century.”

There’s also Jalak Jobanputra who invested in four Indian crypto startups and recently moved to a stylish bungalow in Miami. The value of her investments surged during the pandemic bull market, yet Jobanputra still doesn’t own a car. She tells Inverse she’d rather use ride-sharing apps and spend her money on Bitcoin.

“I’ve been investing since the early days of the internet,” Jobanputra says. “So I wouldn’t say it [cryptocurrency gains] was life-changing from that perspective, but we built this network of smart people, worldwide, and that's been personally so invigorating.”

There are certainly Indian Bitcoin users who also own fancy cars. It’s just that they aren’t “typical” of the user base. We rarely hear about Bitcoin users who didn’t do anything flashy or extravagant to flaunt their newfound social mobility. For example, Woodstock Fund co-founder Pranav Sharma in India, who tells Inverse his blockchain-focused venture fund grew from $750,000 in 2019 to a portfolio worth more than $25 million by 2021, is still driving the same Mahindra SUV he had before his first bull run in 2017. He’s in the same house too.

Sharma, 38, lives near Coimbatore in Tamil Nadu, a South Indian state. The way he splurged with his crypto wealth, over the past few years, was by reducing his workload to eight hours a day and taking his wife on a spiritual retreat to Varanasi.

“It helped me reach my financial goals,” Sharma says of his Bitcoin investment. “You can eat good food made at home. You can do yoga in the morning. In the corporate world I was working closer to 12 hours a day.”

Instead of buying Lamborghinis, thousands of Bitcoin users around the world opted for more financial freedom by working less or launching their own companies. Unocoin CEO Sathvik Vishwanath, who runs one of India’s most popular cryptocurrency exchanges, says more than 15,000 retail users like Aggarwal earned cryptocurrency gains exceeding $20,000 since the exchange launched in 2013.

“I would consider $20,000 to be a life-changing amount in India,” Vishwanath tells Inverse, adding that only 2 percent of the platform's 1.3 million user accounts were already high net worth individuals.

“We do have a few hundred institutions that have signed up and have done investments and transactions in the past,” he says, “but it is nothing compared with the institutional interest we are seeing in developed countries like the U.S.”

29-year-old Akshay Aggarwal is another Indian crypto investor who’s made life-changing amounts of money by trading on Unocoin.

“I got into the crypto space in September 2015,” Aggarwal tells Inverse. Back then, the price of Bitcoin was under $334. “In hindsight, I definitely didn’t expect it would ever go back to $7,500, which is where I sold off. Since seeing the first cycle, I kept on buying as active traders would.”

Although one Bitcoin is now valued at more than $54,000, Aggarwal lives with his parents while he works as the founder of his own consulting startup, Blocumen Studios, and an educational initiative called Blockchained India. He estimates the latter group includes 33,000 participants across Facebook, Twitter, Telegram, and an email list.

“Whatever I got out of the holding, I sold,” Aggarwal says. “I mostly used it for the community we were running until January 2018. It was similar in the case of the other co-founder of my community, we expanded it to Bangalore to create a four-city network.”

Aggarwal’s projects have enough runway to keep going for the foreseeable future. In his mind, the exchange was worth it because he established a career he loves, with enviable job security, despite the pandemic. The truth is, a male Bitcoin user is just as likely to prioritize quiet family life as he is to fulfill any “hilariously rich” tech bro stereotype.

Such is the case noticed with Bluzelle CEO Pavel Bains in Singapore, who tells Inverse the big difference Bitcoin made in his life since he first bought some in 2014 is he can now “afford to spend time with my kids, and I don’t worry about school fees.” (He doesn’t own a car either.)

Bains moved to Singapore in 2016 to build his blockchain startup, and says he found more flexible work opportunities in the blockchain space than he did in the video-game industry, where he previously worked.

“Cryptocurrency accelerated my ability to build a company,” Bains says. “When I think about the other people I met in the space, we never would have had these opportunities if we had done it the traditional way.”

For more about Bitcoin usage beyond the tired tech-bros-gone-wild narrative, subscribe to my Substack. Plus, be sure to stay tuned for next week’s Inverse column about cryptocurrency. There are so many blockchain myths to debunk, and so little time.

Correction: This article was updated on 3/21/2021 to accurately reflect how long Arpit Agarwal has held his current Bitcoin investments.