Is bitcoin mining bad for the planet? The truth is really about capitalism 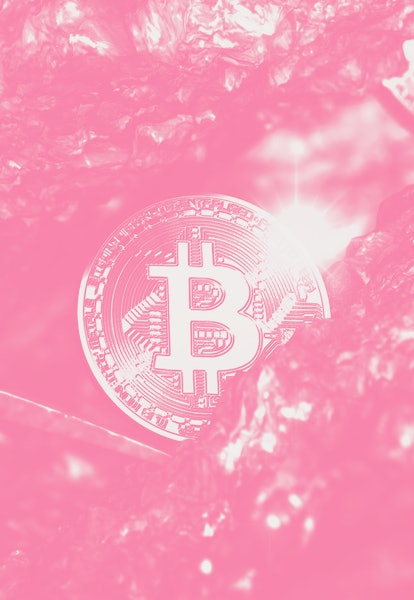 The first Bitcoin miner I ever met was a Black man in the Bronx with a small rig in his living room.

He told me cryptocurrency mining runs up his electricity bill, to be sure, but he saw this as the best way to save money and support his family. He wasn’t too worried about the environmental impact, but should he have been? Should mining corporations focus on pivoting to green energy, just like other industries? What about the massive electricity-sucking mining rigs currently fueling the NFT obsession?

One of the most misunderstood criticisms of bitcoin is the incorrect claim that cryptocurrency mining is so bad for the environment that owning bitcoin comes with unethical, “dirty baggage.” Despite difficulty increases as the $1.4 billion bitcoin mining industry spreads, most critiques of mining’s energy consumption are actually identifying the flaws in capitalism, not Bitcoin’s challenging design.

Crypto-Savvy is a series from Inverse that explains the world of cryptocurrency and where it’s going next.

Computer systems do require electricity and mass production is often harmful to the environment. This includes tools like Facebook, iPhones, and Bitcoin. When it comes to energy consumption, ARK Investment Management estimates that Bitcoin consumes “less than 10 percent and 40 percent of traditional banking and gold mining, respectively.”

Cryptocurrency mining, by its very nature, requires a lot of electricity and sophisticated computers. In a paper published this week in the journal Joule, data scientist Alex de Vries — correctly — argues bitcoin mining is likely to exceed an annual consumption of 101 terawatt-hours (TWh) of electricity as the price fluctuates.

“Any laptop or computer is theoretically capable of participating in cryptocurrency mining.”

Cryptocurrency mining is purposefully designed to become harder over time, building up to a fixed supply of 21 million bitcoin. The harder it gets to mine, the more electricity the process consumes.

As de Vries explains in his paper: “As of January 11, 2021, it is estimated that all miners combined make over 150 quintillion attempts every second of the day to produce a valid new block. Moreover, the Bitcoin protocol self-adjusts the difficulty of meeting these requirements to ensure that, on average, only one block is created every 10 min.”

At the current pace of mining, the industry will reach 21 million bitcoin in 2140. If Bitcoin follows the rules of capitalism, as the supply starts to run dry, the demand for coin increases — but with more people mining, and mining ever more difficult, so too will the energy demand rise.

“Any laptop or computer is theoretically capable of participating in cryptocurrency mining, and any location that has access to internet and electricity might be used to host these devices,” de Vries writes.

There are a couple of ways crypto miners — both on the small and the large scale — can offset their energy demands.

According to a Seetee research report by Aker ASA, the $6 billion Norweigan company is establishing mining facilities powered by wind, so­lar, and hy­dro electricity. “Bit­coin is, in our eyes, a load-bal­anc­ing eco­nom­ic bat­tery,” the company says, “and bat­ter­ies are es­sen­tial to the en­er­gy tran­si­tion re­quired to reach the tar­gets of the Paris Agreement.”

Likewise, Blockstream CEO Adam Back, whose company has run mining facilities since 2016, said in an interview that Blockstream’s miners use a mix of energy sources, including hydropower.

“We’re also currently investigating the viability of developing a new solar-powered facility with one of our institutional clients,” Back said. “Thanks to our Blockstream Satellite service — which broadcasts the Bitcoin blockchain to most of the world — we can go where other miners can't. This allows us to better access stranded energy resources that are not only typically more green, but also provide competitive energy prices for our clients.”

Some recreational cryptocurrency miners experiment with green energy themselves — although this depends on where a miner lives and the available energy sources for their area. Such is the case with the anonymous co-founder of Deep in the Mines LLC. This miner goes by @BreakTheirRules on Twitter and tells Inverse they built a mining rig near a wind farm in Minnesota in 2017. In addition to Bitcoin, Deep in the Mines also uses the rig to mine other cryptocurrencies, like Litecoin.

“We’ve got about 2000 miners running now between four of us,” BreakTheirRules says in a direct message. “We had looked into relocating to several states and where we ended up kind of just worked out cause the power company had a bunch of excess energy they were going to have to waste.”

The investment firm CoinShares estimated in 2019 that up to 73 percent of Bitcoin miners use at least some renewable energy as part of their power supply, including the industrial Chinese miners, for example, who use hydropower from massive dams to fuel their efforts. And beyond clean energy, miners can also use recycled computers and other reused hardware to reduce their current footprint.

It remains to be seen which cryptocurrency companies will opt for renewable energy sources as demand for bitcoin ramps up, but whenever there is lucrative demand, suppliers like cryptocurrency miners will find a way.

In a 2021 press release, Visa’s head of crypto, Cuy Sheffield, said his company is working to bridge the crypto economy with “our global network of 70 million merchants.”

“Banks around the world are coming to us and saying their customers want to be able to do this,” Sheffield tells Inverse. “We don't have a clear perspective around the topic of energy at this point, but we are seeing clear demand from our consumers. We understand mining is a complex topic. Over time, we’ll continue to explore and research and understand everything that touches Bitcoin.”

Beyond energy consumption debates, Sheffield is among many advocates who believe Bitcoin can be a tool for promoting Black economic empowerment. Like that man I met back in 2017, mining Bitcoin in his living room in the Bronx, plenty of people see cryptocurrency as a path for financial freedom. It’s up to the people using Bitcoin to make sure they are doing so in the most environmentally responsible way that is available to them.

Of course, it would be nice if all Americans had access to the same quality of banking services without needing an (expensive) blockchain. However, for people whose best option is to use a blockchain platform that requires a lot of power, it may be unfair to deem those transactions “wasteful” compared to old-school banking.

Bitcoin is cumbersome. If someone has a cheaper option that requires less electricity and computer gadgets, they’ll probably use it. And there’s nothing unethical about contributing to a network that allows marginalized users the option to participate like that.

For more information about how marginalized users turn to bitcoin for remittances, savings, and income, be sure to check out my Substack. Stay tuned to Inverse for next week’s column about cryptocurrency, plus a healthy dose of reality. So many blockchain myths to debunk, so little time.