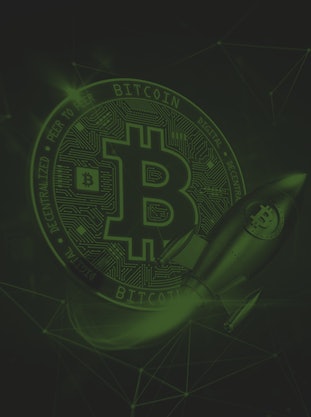 Will Bitcoin hit 100k? Here's why it might actually happen

When it comes to Bitcoin, the question on everyone’s mind is usually “will the price go up?”

Celebrity investors like Chamath Palihapitiya and Mike Novogratz tell anyone who is willing to listen that Bitcoin will inevitably exceed $100,000 per unit in value. Other Bitcoin advocates claim the price is rising “to infinity” — or a global market cap of $100 trillion. It’s a popular message, signaling to people they can get rich merely by buying and holding on to something that banks and governments don’t control for enough time for the price to rise.

Although I generally avoid this topic. I’m not a financial expert, nor a fortune-teller. But it’s time to finally give the people what they want: Will Bitcoin ever hit $100,000? Here’s what you need to know.

Yes, in my uneducated opinion, it’s quite likely that the dollar-denominated price of Bitcoin will eventually reach $100,000. Let me explain my reasoning behind that forecast.

It is not because, as advocates often claim, it is “inevitable” that Bitcoin will become the world’s next reserve currency, dethroning the American dollar. Rather, from my perspective, there are now too many wealthy and powerful people invested in Bitcoin for the crypto circus to stop short of $100,000, even if that valuation isn’t sustainable in the long run. Regardless of whether Bitcoin continues to serve as censorship-resistant money, which it does for a minority of users, there will still be people who benefit from selling that narrative to increase the value of their own holdings.

Stepping back, Bitcoin’s price tends to skyrocket in repetitive, four-year cycles. Anyone who purchased Bitcoin and held onto it for at least four years witnessed shockingly high appreciation, no matter what price they bought it at. For example, the price went from roughly $964 in December 2013 to more than $19,000 by December 2017. The way this cycle seems to work is that the price reaches new all-time highs for several months, then plummets to half the price as the hype cycle corrects itself and the skeptical newbies, drawn by the promise of risk-free riches, cash out. People who gained life-changing amounts of wealth from Bitcoin rarely did it quickly. It required patience.

You may have noticed I keep saying “dollar-denominated value,” since one Bitcoin today is still just one Bitcoin from years past. Someone may sell a single Bitcoin for $600 or $60,000, the most recent high in 2021. But, ultimately, the “value” of Bitcoin is determined by supply and demand, not the American Federal Reserve. Bitcoin routinely sells at a premium in places like South Korea, Argentina, and Hong Kong, and prices have more to do with local politics than with the American dollar. Bitcoin is worth whatever the buyer is willing to pay for it, across asset classes.

We may someday say assets are worth 100 Satoshis (tiny fractions of Bitcoin), rather than dollars as the unit of account. It’s impossible to predict how many dollars Bitcoin would be worth in that context. Since we’ve seen the fiat price of Bitcoin double several times over the past decade, it seems reasonable to expect it to double at least once more in the future.

Why the price of Bitcoin will keep going up

It would be more surprising for the decade-long cycles to abruptly cease than for the bull market cycles to continue for at least a few more years. It won’t all end within a day or a week. Some people (incorrectly) compare the Bitcoin market to the infamous “Tulip Mania” that gripped the Netherlands from 1634-1637 — the world’s first major economic boom-and-bust. Bitcoin has been through multiple hype cycles over the last decade, and there are still more than a million crypto wallet accounts using Bitcoin every day. This experimental software project may not be the utopian revolution that some salesmen promise, but it is certainly more than a fad.

Ultimately, the price of Bitcoin will probably continue to rise, following the same oscillating pattern. No one can accurately predict the market value will remain high, or say when it will drop. Buy Bitcoin at your own risk. If nothing else, aside from digital riches, tumbling down the Bitcoin rabbit hole tends to be a lot of fun.

For more raw and brutally honest insights from someone who actually uses cryptocurrency, be sure to check out my Substack and follow me on Instagram at @leighcuen.