Nostalgia is the future of space food

“Designing human-food interactions in space is not a trivial task.” 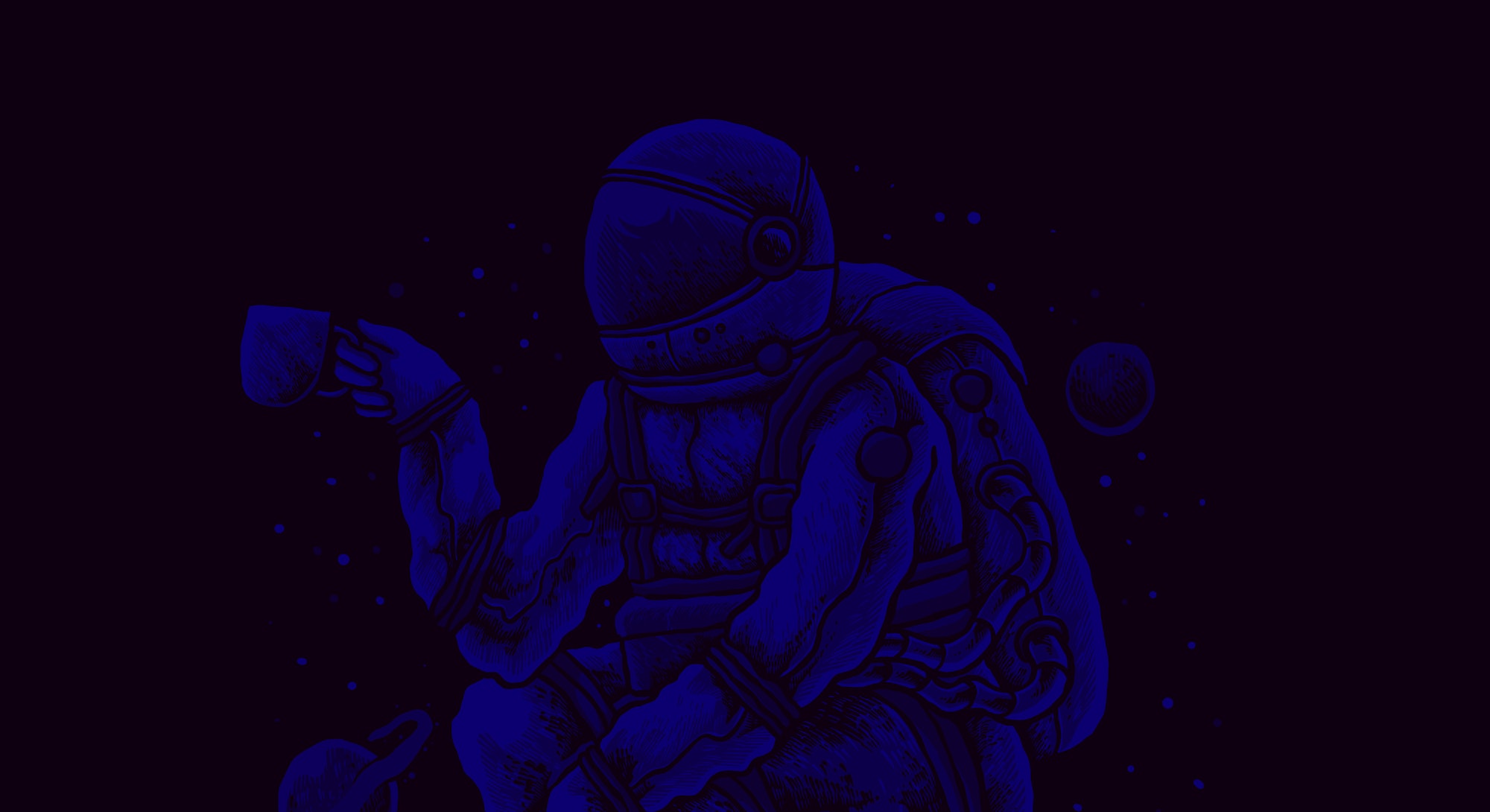 Foodies on Earth are always chasing the latest culinary innovations, from meat-flavored foams to square-shaped croissants.

But if Marianna Obrist, a professor of multisensory interfaces at University College London, has anything to say about it, the future of culinary experience may be literally out of this world.

“Fostering research around the sensorial, emotional, and social aspects of eating, in addition to nutritional factors, is essential for long-term missions,” Obrist tells Inverse.

Obrist’s work looks at how senses like smell, taste, and touch can influence our experiences of the world and even be tweaked to enhance them. And now, she wants to turn our attention to how that experience will work in space. It’s a wild vision that includes ideas like a VR experience that could transport you from a cramped space capsule into a virtual mid-century dining room to eat carefully crafted space food that tastes like home.

Space food as we know it is on the brink of big changes as space tourism starts to take off and government space agencies like NASA prepare for journeys to the Moon and beyond. While concepts like 3D printed food or even food pill-like capsules might sound more like retrofuturism than reality, these innovations may be closer than you think.

Obrist’s work in human food interaction will inform not just what we eat in space, but the motivations and psyche that go into how food affects us. This is especially important when it comes to isolated environments like space travel.

Astronauts may be used to toughing out dining experiences on orbiting stations like the ISS, but the palate and psychological needs of space tourists are likely to differ drastically. As entrepreneurs and space agencies alike estimate new space amenities and missions by the late 2020s and into the 2030s, there’s never been a better time to transform space food.

“Designing human-food interactions in space is not a trivial task,” Obrist says. “There has been a lot of progress in food design since the 1960s, which also involves efforts towards extending the range of food for astronauts, to ensure variety but also to account for personal preference to some extent.”

Obrist says space food up to now has focused on four areas:

“Now, as we see an increasing interest and greater global efforts in the development of commercial space flights and sending non-astronauts to space, we can innovate beyond nutritious aims and account also more for the experience of eating in space,” she says.

The history of space food

When we think of space food, some of the first images to come to mind are likely powderized drinks like Tang or freeze-dried blocks of food like the infamous “astronaut ice cream” you can buy at every science museum across the country (and that has never flown in space.)

In 1961, Russian cosmonaut Yuri Gagarin enjoyed a squeezable tube of pureed meat as the first-ever human meal in space — chased down with a tube of chocolate sauce soon after. Space explorers in the few years after enjoyed reconstituted freeze-dried food — including beef stroganoff and fruit cake — as well as tinned foods that could be reheated in space.

As the National Air and Space Museum describes, the main objectives of these foods were to:

Space travelers fare better today than their predecessors did and are able to enjoy more Earth comforts like marshmallow fluff and sriracha on their food. But even then, there is limited refrigeration on the ISS and new food is ferried into space for the crews every few months.

On extended space missions, like those heading towards Mars, space agencies will need to develop food that is not only stimulating and nourishing but that can be shelf-stable for at least five years. But there will also need to be considerations made for the human dimension.

While the physical and nutritional obstacles facing space food are important, Obrist and colleagues argue in a 2019 paper published in the journal Frontiers in Computer Science that the psychological experience of food will be just as important.

Imagine you’re on a cross-country road trip with only a small cooler to hold your snacks. Subsisting on cheese sticks, grapes, and Bugles might be fun for the first few hours, but by the second or third day of a trip, your body and soul are likely screaming for more variety and flavor. For space tourists heading on a several-day trip to the Moon or a multi-year trip to Mars, this agony would be amplified manyfold.

This kind of emotional fatigue isn’t trivial, Obrist says. Instead, research has shown that disinterest in your food options can have a big impact on mood, productivity, and health. Oppositely, sensory research on Earth has also shown that changing someone’s sensory environment — such as lighting or the pitch of background noise — can change how food tastes.

Keeping this in mind, Obrist and colleagues suggest that multisensory manipulation of space food could be one avenue towards improving travelers dining experiences in space.

“Focusing on the human experience and how we could expand the range of food designs, we see some positive technological advances,” Obrist says.

Obrist suggests that some combination of carefully manufactured ingredients, 3D printed food technology, and augmented or virtual reality could build the kind of multisensory eating experience that could cut back on food fatigue.

What will space tourists eat?

For the food created using 3D printing, Orbist and colleagues write that options for input could include everything from the recipes of famous chefs to your mom’s famous ragu. Choices like these could provide not only novelty and entertainment but a crucial sense of connection to a world growing increasingly far away.

“The recipes can be directly sent to the printer instead of being delivered via a physical flight,” Obrist says. “Such a food printer can make the desired tastes and nutrients available on demand through reconstruction of the ingredients… [T]he sensorial, emotional, and social aspects of eating, in addition to nutritional factors, [will be] essential for long term missions.”

What’s next — Right now, these new zero-g dining experiences proposed by Obrist and colleagues are just hypothetical. However, much of the technology required to bring these experiences to life already exists today, including 3D fabrication of food.

Lunar hotels and Martian habitats may still seem far away, but designing the food of the future shouldn’t be, Orbist says. This is a topic that space agencies NASA and Japan’s JAXA are already looking into through programs like Space Food X. And even though the majority of us may never get to space, that doesn’t mean that these innovations won’t go the route of memory foam and trickle down to Earth as well.

Like many space-developed technologies, it could even help life on Earth. For instance, Obrist says it could help people with sensory disorders augment their meals, as well as create sneakily balanced but delicious meals for younger generations to enjoy.

“I would like to see a stronger use of insights from multisensory research and emerging multisensory technologies in order to blend the physical and virtual worlds that enable experiences over distance,” Obrist says.