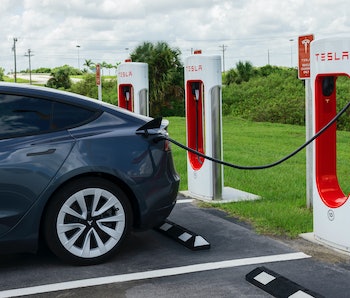 Last week, Musk Reads+ members heard from the developers of an all-electric Tundra Buggy designed to get up-close with polar bears. This week, members will receive exclusive coverage of Tesla’s Quarter earning call on January 26. Because of this, Musk Reads+ will first go out on Thursday, January 27, instead of our regularly scheduled Wednesday.

Musk quote of the week: “Decentralized control of the robots will be critical.” — Elon Musk tweeted on January 19 in response to a fan request to not “summon the demon” when it comes to artificial intelligence. Decentralize my Alexa!

Tesla batteries could be receiving a major upgrade, reports Nikkei Asia. According to the publication, “Panasonic will start mass production of new lithium-ion batteries that increase the range of electric vehicles by over 15% as early as 2023, with the first deliveries heading for Tesla.”

Panasonic has not confirmed the rumor, but if these upgraded batteries are produced, Nikkei Asia writes that they will improve range, efficiency, and lower cost of production.

Elsewhere, Tesla is thriving. Despite being the “10th biggest auto manufacturer in North America," Bloomberg reports that” Tesla is the “most productive auto factory in America.”

On January 19, Elon Musk posted a dusky video of SpaceX rocket launcher “Mechazilla” with the caption “Frank & Beans,” which is a penis joke from the movie There’s Something About Mary. I don’t get it in this context, but maybe you will.

I don’t want to think about it too hard, so let’s move on. Cargo Dragon is currently on its way back from the International Space Station with “medical research and other scientific investigations.”

Earth can expect the smooth white capsule home around 4:05 p.m. Eastern, just in time for dinner.

Another successful landing for SpaceX.

10. Reuters reports that the Pacific island Tonga is “likely to spend a month without internet” following the nearby Hunga Tonga-Hunga Ha'apai volcano eruption. Elon Musk seems to be interested in helping, responding to Reuters and asking if “people from Tonga could let us know if it is important for SpaceX to send over Starlink terminals?” It was nice, but then he clarified that sending terminals would be a “hard thing for us to do right now.” Oh, okay.

9. Anyway, the inventor of the PlayStation, 71-year-old Ken Kutaragi, is unimpressed with the metaverse. He also, of course, hopes to capitalize on it.

6. Whole Mars Blog posted a clip of his 40-minute drive with Full-Self Driving engaged, claiming he did not have to override the vehicle’s decisions at any point. He also wrote that the clip challenges the notion that “[Full-Self Driving] will crash and kill you every 36 minutes.” Does it revive you in between?

5. Look at these GIFs of Mars Perseverance rover choking on rocks. They did the robot Heimlich.

4. Look at the stock market choking on inflation. Spit it out!

3. Altos Labs, a Jeff Bezos-backed “cellular rejuvenation” company, wants to avoid getting older. Is it possible? “Why do we age?”

2. Musk’s brain chip interface (BCI) company, Neuralink, recently posted a job listing for a “Clinical Trial Director,” leading publications like Bloomberg to ascertain that Neuralink will begin its first human trials. Although FDA-grade BCIs already exist (and help!), Neuralink hopes to push the technology to “human-AI symbiosis.” Alexa, play “We're All In This Together.”

1. And a piece of Musk history: Two years ago, YouTuber Ryan Trahan drove his Tesla from Austin, Texas, to Chicago, Illinois. It was great, except for the 11 Supercharger stops he had to make in between. Have you ever gone on a Tesla road trip?

The ultra-fine print — This has been Musk Reads #282, the weekly rundown of essential reading about futurist and entrepreneur Elon Musk. I’m Ashley Bardhan, newsletter writer at Inverse.