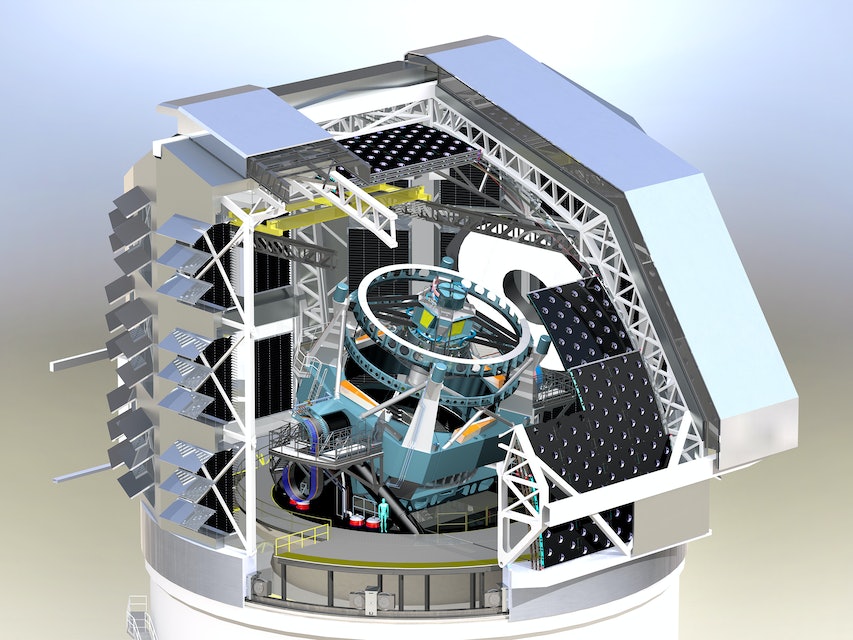 You may think we know exactly what's in our solar system–considering we've identified celestial bodies billions of lightyears away from our solar system and have even sent space probes outside of it–but you'd be wrong.

We've identified over 800,000 objects in our solar system, but a massive telescope that is nearing completion could help us identify millions more. The Large Synoptic Survey Telescope, which is being built in Chile and also known as the Rubin Observatory, is supposed to be completed within a few years. Once it is, we'll be able to do what is being called an "inventory of smaller bodies in the solar system."

The LSST will "conduct a deep survey over an enormous area of sky," according to the website for the project. It will not only be cataloging what's in our solar system, but it will also help us investigate the nature of dark matter and dark energy, observe faraway celestial bodies and generally help us better understand the Milky Way galaxy.

The LSST will feature an 8-meter telescope, which will feature a 3.2 gigapixel camera, It will capture new detailed images of the entire night sky every few nights. The camera will produce 20 terabytes of data every single night.

The camera is roughly the size of a car, and it will capture large images of each part of the sky over the course of the night and stitch them together to get a full picture. Each image is about 40 times the size of the moon in the sky. Numerous filters that are built into the camera will allow it to detect different objects and different forces.

The reason the LSST is important is because there's still so much of our solar system, our galaxy and beyond that we just don't understand. With the LSST in operation, we'll be able to more accurately predict if an asteroid is heading in our direction, for instance.

This telescope will also help us understand what's in store for the universe. What is going to happen as the universe continues to expand outward?

Hopefully, the universe isn't just going to become a sparse, uninhabitable place as it fades into blackness, as Stephen Hawking predicted it might in his final weeks. That said, maybe we'll have the technology to travel to another universe by then. Maybe the LSST will help us prepare for that scenario.

As 2019 draws to a close, Inverse is looking to the future. These are our 20 predictions for science and technology for the 2020s. Some are terrifying, some are fascinating, and others we can barely wait for. This has been #4. Read a related story here.