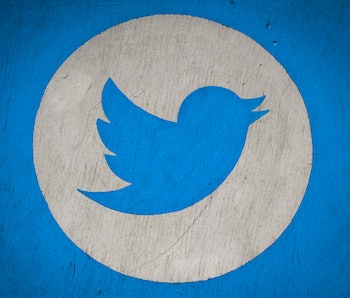 While the number and prominence of accounts affected suggest a carefully orchestrated attack, there's one more turn of the screw: The hack comes on an otherwise auspicious day for the social media company — the 14th anniversary of its official public debut.

While the company was founded in March 2006, the world first found out about Twitter on July 15, 2006. The company was then called Twttr, as vowels had fallen out of fashion amongst Silicon Valley startups of the time. The concept for the "micro-blogging service" was dreamed up by Evan Williams, Noah Glass, Biz Stone, and current CEO Jack Dorsey.

It was Dorsey who brought forward the concept of using an SMS message to share one's status with other users, an evolution of user behavior seen on Facebook and AOL Instant Messenger. Here's one of the earliest reactions to Twitter's launch, from Om Malik of the tech blog Gigaom. Intriguingly, this short post describes the service in a way that sounds more like a group text app, such as WhatsApp.

Twttr has married Short Code Messaging, SMS with a way to create social groups. By sending a text message to a short code (for TWTTR) you can send your location information, your mood information or whatever and share it with people who are on your social-mob! Best part – no installation necessary!

Curiously enough, Malik's July 2006 take on Twitter seems to presage some of the privacy issues the social media company finds itself mired in during July 2020 (our italics for emphasis):

The annoying SMS messages from nocturnal friends is not the only thing which bothers me about this service, but also the fact, that the texting a message(reply) to twttr ends up on their website. Best thing is to allow users to create micro groups, and give users the options of picking topics and setting rules to maintain privacy and control over the service. If Glass can do that, well, it be pretty awesome.

Though the founders rolled the platform out to the public in July 2006, Twitter didn't attract many users until South By Southwest in March 2007, by which point its vowels had grown back. During the conference, the fledgling platform saw a three-fold jump in activity, from 20,000 tweets per day to 60,000.

July 15 may not be Twitter's official birthday — the company has celebrated the March 21 founding date in previous official messaging — but this particular date is no coincidence. Rather, it's a strong signal that the perpetrators of these hacks are quite familiar with the company's history, and likely saw some kind of dramatic irony in bringing the platform to its knees on the anniversary of the day it first went public.

This isn't exactly top-secret information — The Atlantic wrote a piece on the social media company's dueling birthdays back in 2012 — but it is little known to those outside the tech space. We're willing to bet some of the most prolific Twitter users out there wouldn't have guessed the significance of the July 15 date.

With issue reports continuing to grow Thursday evening, ranging from additional hacks to Verified accounts being unable to post, Twitter acknowledged the issue via its support channel.

A hack of this magnitude is wholly unprecedented for the social media titan, which hosts an average of 6,000 tweets per second, and more than 500 million posts per day. As of February 2020, the platform boasted more than 152 million daily active users worldwide.

From our friends at INPUT: