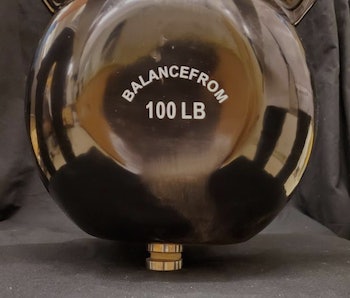 After years of searching, scientists have finally developed a form of artificial cartilage strong enough to support the rigors of movement and stress we put on our bodies.

What is it — We often take cartilage for granted, but this soft, cushion-like material between our joints can literally keep our bones from grinding against one another — and help us move more easily.

Lab-grown hydrogels could be an alternative and a new hydrogel is more cartilage-like than ever: It creates nearly 50 percent less friction than biological cartilage and is 4.4 times more resistant to wear than previous hydrogel designs.

"Hydrogels have been extensively explored as a cartilage substitute because, like cartilage, they mostly consist of water and have low permeability," the researchers behind a new study write, meaning that the hydrogels can easily trap water. "However, current hydrogels do not have sufficient mechanical strength and durability," write the authors. "[This] biomimetic approach to create[s] the ﬁrst hydrogel that has the strength and modulus of cartilage in both tension and compression."

What makes this hydrogel-based cartilage different from its predecessors is a particular mix of three different polymers: bacterial cellulose (BC), poly(vinyl alcohol) (PVA), and poly(2-acrylamido-2-methyl-1-propanesulfonic acid sodium salt) (PAMPS.) Together, the mixture is not-so-catchily referred to as BC–PVA–PAMPS.

While its name may not give much of a hint as to its function, these three polymers work together to provide both flexibility and compression resistance to the cartilage. When squished together -- say by the pressure of a bending knee joint -- the first two polymers electrostatically repel each other and keep the cartilage's shape. Meanwhile, when stretched the third polymer is flexible enough to endure the strain without breaking.

Together, this intricately woven basket of interacting polymer strands helps keep the cartilage from breaking down under mechanical stress. In addition to demonstrating 45 percent less friction than biological cartilage and 4.4 times more resistance to strain, this new hydrogel also proved to be as strong as real cartilage when rubbed against a natural sample over 1 million times.

It also stood up to the weight of a 100-pound kettlebell with ease.

Who developed it and when — The research was published in June in the journal Advanced Functional Materials by a team of researchers from Los Alamos National Laboratory and Duke University.

How much it will cost — While initial results from this new hydrogel design are promising, this is not yet a product that you can ask for at your next doctor's visit. However, based on previous cost estimates of similar artificial cartilage surgeries, a future operation using this hydrogel may cost around $5,000 -- nearly half the price of traditional, invasive knee surgery.

Why it took this long to be developed — Hydrogel replacements for cartilage are far from a new field unto itself, but until now researchers have failed to effectively mimic the strength of biological cartilage. This is due in part to trial and error, in which some materials may have been strong enough but simultaneously proved toxic to the human body. This new mixture of three distinct polymers represents important movement toward more human-like cartilage replacements.

How many people it could help — This could be used to replace deteriorating cartilage in the nearly 1 million people affected by cartilage damage in the U.S. alone and improve mobility well into old age.

When it will be available and what's next — The authors do not lay out an exact timeline of when this approach can be expected to be accessible in clinical settings, but they write that testing the hydrogels in large animal models will be the next hurdle.

"[T]his hydrogel may be suitable for use as a cartilage replacement in vivo, but further animal testing is necessary to conﬁrm the biocompatibility of the hydrogel over longer time periods," they write.

Abstract: This article reports the ﬁrst hydrogel with the strength and modulus of carti-lage in both tension and compression, and the ﬁrst to exhibit cartilage-equivalent tensile fatigue strength at 100,00 cycles. These properties are achieved by inﬁltrating a bacterial cellulose (BC) nanoﬁber network with a poly(vinyl alcohol) (PVA)–poly(2-acrylamido-2-methyl-1-propanesulfonic acid sodium salt) (PAMPS) double network hydrogel. The BC provides tensile strength in a manner analogous to collagen in cartilage, while the PAMPS provides a ﬁxed negative charge and osmotic restoring force similar to the role of aggrecan in cartilage. The hydrogel has the same aggregate modulus and permeability as cartilage, resulting in the same time-dependent deformation under conﬁned compression. The hydrogel is not cytotoxic, has a coefficient of friction 45% lower than cartilage, and is 4.4 times more wear-resistant than a PVA hydrogel. The properties of this hydrogel make it an excellent candidate material for replacement of damaged cartilage.