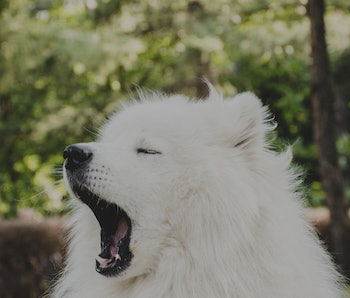 Fitness trackers have made it possible to monitor life in exacting detail: from every step to heart beat to percentage of REM sleep per night. Quantifying human health has led to the next best thing for pet owners — tracking the steps of their pets. Call them petometetrs. After all, morbidly obese dogs shouldn’t be cute

But it turns out that pet wearable tech — a market projected to hit $8 billion by 2024 — has proved more complicated than most companies might have imagined, even as they were coming up with new categories to measure.

One such company, is Actijoy. It garnered attention after a product demonstration in the Czech Republic revealed its collar-based activity tracker and integrated water bowl that can monitor how much your pet eats and drinks per day. Another company, Fitbark, based in Kansas City, has been developing a line of collar-based fitness trackers since 2013, and has already published a series of reports on canine fitness.

Ernie Ward, a veterinary physician, tells Inverse that he’s excited by the opportunity these sensors present, but that the technology is the most basic stuff, basically pedometers that have been around since the 1970s.

“I’ve been around testing prototypes of these for a long time, and to date none of them completely solve the unique issues of quadrupeds,” he says. “The holy grail is a biometric monitor that can tap into heart rate and movement. Then we can get somewhere.”

There are two problems with most doggy fitness trackers, Ward says. Not all of them can provide reliable movement data, and many have yet to integrate heart rate, the most important fitness tracking feature. (Neither Actiijoy nor Fitbark have managed to integrate this feature, but there are a few exceptions. For instance the Pet Pace smart collar has a heart rate integration.)

Some devices though, use a three axis accelerometer, the most basic level of movement detector that can recognize upward, downward, and side-to-side movement. But most fitness trackers for humans use a gyroscope (i.e. more than three axes) that provide even finer measurements like rotation. Forbes reports that Actijoy incorporates a six-axis accelerometer. “This is so so important,” Ward says. “Because when you’re horizontally oriented, these axes are what can tell the difference between shaking a tail and movement.”

But even the best movement data means nothing if we don’t know enough about effort. This is where heart rate comes into play. An intense hour-long game of fetch and a slow walk around the neighborhood look the same to a fitness tracker that can’t measure heart rate.

“If you have data that says, ‘your dog moved a quarter mile’, you don’t actually know what that means,” Ward says. “What intensity level was that? It’s very frustrating.”

But while it might be tempting to just put an Apple Watch or a Garmin heart rate monitor on a pet, neither of these technologies can make the cross-species jump from humans to dogs. Dogs, says Ward, have a thicker epidermis around the neck — think of picking up a puppy by their scruff — which is where most collar based trackers are placed. Getting a decent heart rate reading, not only through thick fur but also through thick skin, is no easy feat and technology designed for humans won’t cut it.

Is There a Workout Plan for Pets?

Data from the Association for Pet Obesity Prevention reveals that now might be the best time to use technology to save our beloved pets. In a 2017 report, the organization mentions that 60 percent of cats in America and 56 percent of dogs qualify as obese. In total, that’s 50.2 million dogs throughout the country that are overweight. And, just like in their human counterparts, carrying around extra poundage has been linked to increases in health conditions like arthritis, kidney disease and a shortened life.

With this problem in mind, veterinarians are interested in workshopping a good fitness tracker than can help dog owners pin down how much their individual dog should be eating based on things like resting heart rate, and metabolic activity.

Ward points to some specific nuances these devices can address: dogs he says are fat-burning machines, persistence hunters that can see benefits from low-intensity exercise. He advises that, on average, around thirty minutes per day is good for most breeds. A cat’s metabolic system is slightly different. They tend to burn glycogen in short quick bursts of activity as they stalk prey and then pounce — so for a cat, a few high intensity intervals of three to five minutes might keep them in good enough shape to ward off disease.

But the holy grail Ward says, isn’t to break things down by species — it’s to provide personalized medicine for each individual pet. A chihuahua’s metabolic system differs from that of a Great Dane, and these trackers have the potential to help create plans that can help each individual pet live a longer happier life.

One day, he hopes the dog-equivalent of Garmin will be there to answer his call:

“I’m looking for a device that we can recommend as veterinary doctors. So we can say to a pet who needs to lose weight: this is a tool that will help us.”

More like this
Innovation
8.15.2022 8:30 PM
This high-tech camera may help protect our identities — here's how it works
By Molly Glick
Innovation
8.11.2022 11:00 AM
“Quantum materials” could give the human brain a run for its money, scientists say
By Nathaniel Scharping
Innovation
8.12.2022 9:30 AM
Indoor lights make us sick — this technology could fix that
By Miriam Fauzia
Related Tags
Share: