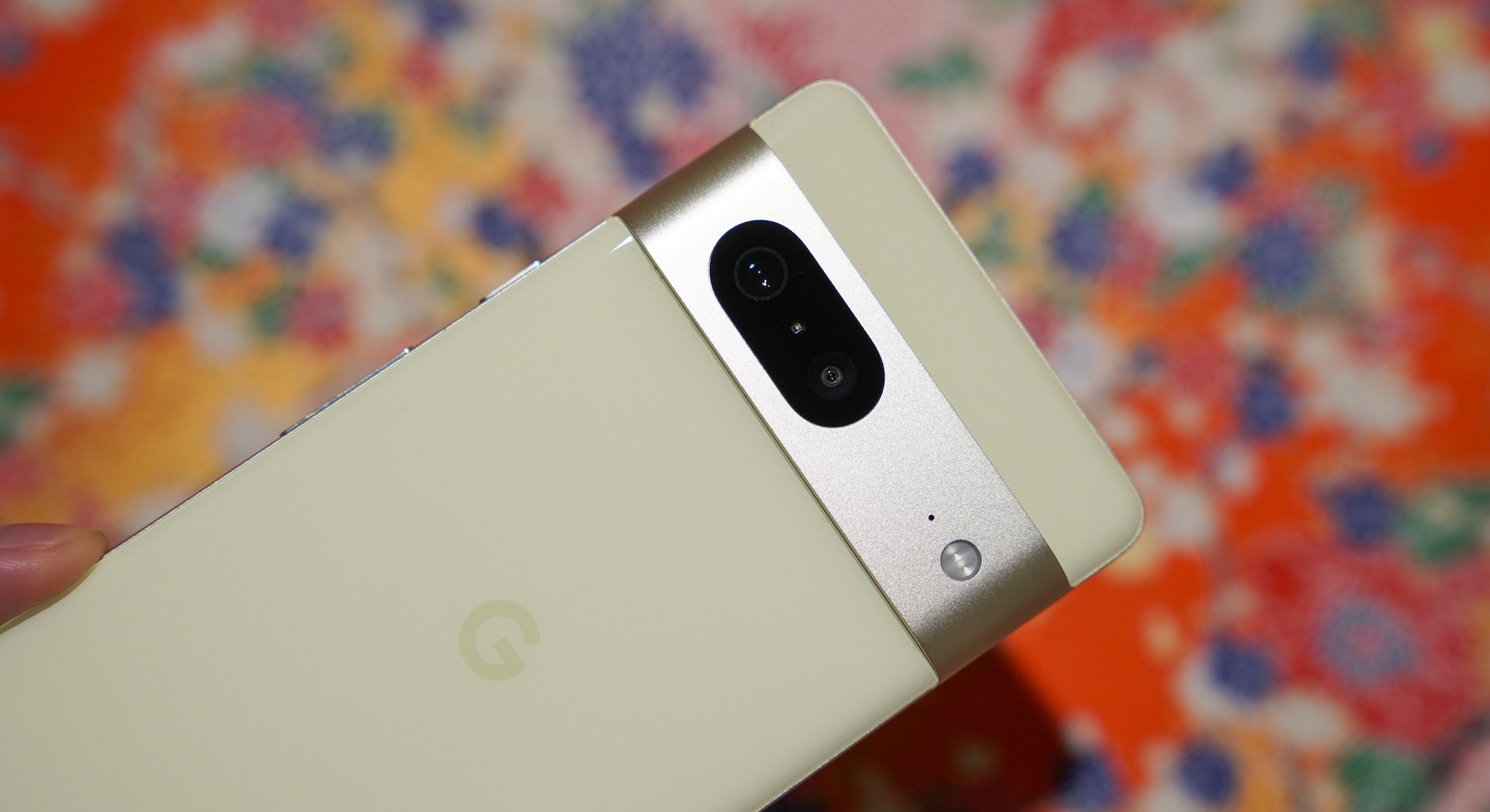 The original Pixel's wedge design didn't quite unseat the iPhone. Google kicked off the age of computational photography with the Pixel 2, but again the build quality lacked. The Pixel 3 XL's "bathtub" notch was a major miss. The Pixel 4's poor battery life and misguided Soli radar sensor sent it to the graveyard early. The Pixel 5 was solid and basic, but clearly not cutting-edge tech.

Then came the Pixel 6 and 6 Pro in 2021. I praised both of these phones in my review — it felt like Google got its house in order and actually put some care into the Pixel phones. In-between these releases, Google released a bunch of stripped-down “A” models of its Pixel phones with lower pricing.

A year after the Pixel's "reboot," Google is releasing the Pixel 7 and Pixel 7 Pro (read Inverse's review here). These are Google's best smartphones to date and it's not hard to see why. The Pixel 7 (starting at $599) is particularly a great value compared to the iPhone 14.

The best of Pixel 7

The Pixel 7's 6.3-inch AMOLED display is a smidge smaller compared to the Pixel 6’s 6.4-incher but it's an overall better display in my opinion. The slimmer bezels around the display are pleasing, too.

The cherry on top is the 90Hz refresh rate. The scrolling responsiveness is noticeable when you compare it to phones that are still saddled with 60Hz refresh rates (looking at you iPhone 14/14 Plus).

Since the original Pixel, Google has kept its competitors on their toes with its computational photography prowess. We've now reached a point where the discernible year-over-year differences in image quality are diminishing.

Google's Tensor G2 chip inside of the Pixel 7 is faster at processing images with more accurate color and greater details; Night Sight doesn't require you to hold the phone as long. They're small improvements a person like me who shoots tens of thousands of phone photos and videos a year can appreciate, but the quality is largely similar to what you got in past Pixel phones.

As expected, photos from the 50-megapixel f/1.8 main lens and 12-megapixel f/2.2 ultrawide lens have Google's signature "Pixel look" with sharp details, more contrast, and slightly more exaggerated and vibrant colors compared to images taken with an iPhone. Unsurprisingly, the Pixel 7 is very good at processing HDR photos. My only real complaint is that the ultrawide lens is 0.7x — it's not as wide as the 0.5x ultrawide on iPhone and Pixel 7 Pro — which means the field of view is smaller.

The AI camera tricks like Photo Unblur, enabled by new machine learning models in the Tensor G2 chip, are handy but hardly groundbreaking. But that's been the case for new Pixel camera features; the "Long Exposure" and "Action Pan" features introduced in the Pixel 6/6 Pro were neat, but not must-haves. Google does deserve kudos for its inclusivity efforts — can't knock the Pixel's advancements with more accurate skin tones for people with darker skin and features like Guided Frame that assist sightless users with taking a selfie.

I've always had middling battery life with Pixels. While technically the Pixel 7 has a smaller battery than the Pixel 6 (4,355 mAh vs. 4,614 mAh), the phone has been able to last into the night on most days. I've been getting around 7 hours of screen-on time, which is about the same as what I got with the Pixel 6.

On days when I shot more photos and 4K videos, battery life was closer to around 6 hours of screen-on time; it's even shorter if you're playing 3D games like Call of Duty Mobile. Overall, I'm satisfied with the Pixel 7's battery life — this is an all-day phone unless you're a maniac TikToker, in which case, just have a battery pack handy or stay near an outlet.

You don't realize how a feature is until it's gone. In my case, I converted my phone number (I've had it for over 15 years) from a nano SIM to an eSIM for the iPhone 14 Pro. eSIM will inevitably be the future, but there's a lot of convenience in being able to take my SIM card from one phone and quickly pop it into another without having to go through any carrier verification process. It's entirely possible that Google will follow Apple down the path of removing the SIM card tray in future Pixels (just like it did with the headphone jack and included charging adapter), but I'm glad it's on the Pixel 7.

The worst of Pixel 7

2. White balance is hit or miss

As great as the Pixel 7 camera generally is, there is one thing that really bugs me: incorrect white balance. In challenging lighting (mostly indoors around LED lights), the Pixel 7 camera always processes photos with a bluer white balance. In the below side-by-side comparison, you can see how blue the Pixel 7 image is. The restaurant scene was not blue and there was no changing light off to the side that should have made it appear blue. The iPhone 14 accurately captured the correct lighting in the scene.

This wasn’t a one-time anomaly. In shot after shot, I noticed the bluer white balance. What may surprise you is that this has been a documented thing since at least the Pixel 4. In fact, in my own review, I highlighted this same issue. To Google, this seems to be a trait of its phone cameras, not a bug.

1. The fingerprint reader is still slow

This is a minor gripe, but I was hoping Google would improve the sluggish under-display fingerprint reader in the Pixel 6. The optical sensor (as opposed to the ultrasonic sensor in other Android phones) underneath the Pixel 7's display appears to work just about the same — it's neither faster nor more responsive. That's a bit of a bummer since you're unlocking your phone many times a day; every time your fingerprint doesn't work, the frustration builds up.

In fairness, Google did add a Face Unlock feature to the selfie camera. It works, but like my colleague, Ian, said in his Pixel 7 Pro review, it's not as secure as Face ID on iPhones, and doesn't work as well in the dark.

There is very little not to like about the Pixel 7. Don't let its $599 price fool you — this Android phone is more premium and feature-packed than many phones at this price point. Pixel 6 owners might not see much that's upgrade-worthy, but everything is better across the board. From the unibody aluminum frame that now connects to the camera bar to the performance, cameras, and battery life, Google really knocked it out of the park with the Pixel 7.

Unless you're married to iOS features like iMessage or FaceTime, I would recommend the Pixel 7 over the iPhone 14. It's $200 less for the same 128GB storage, and you get a larger screen.

Google really knocked it out of the park with the Pixel 7.

Of course, the elephant in the room is how well the Pixel 7 holds up long term. The Pixel track record has not been great — software updates add new features and squash bugs, but performance always seems to somehow degrade. Google's promising up to five years of software updates for the Pixel 7, but does that matter if in, say, six months or a year, Android is already sluggish? It's hard to say. At least at launch, the Pixel 7 is an excellent value.