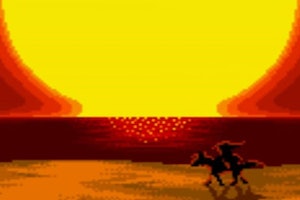 Hold onto your joy-cons. The Legend of Zelda: Skyward Sword HD is coming to Switch.

First released in 2011, the decade-old Wii game is a polarizing one for Zelda fans. Some are thrilled that the game is getting an HD refresh, but others are disappointed that it’s getting a new home over games like Wind Waker or Twilight Princess. Not all hope is lost for its detractors, though. There’s always a chance that more Zelda projects could be coming this holiday season. There are still rumors of a Phantom Hourglass re-release out there, while others claim more 3D Zelda games are coming to Switch.

What’s more intriguing than an HD refresh of a beloved 3D classic is a full-on remake of an older Zelda game. Nintendo’s Link’s Awakening remake proved that some lesser-played Zelda games could really benefit from a full makeover, so the series’ 35th anniversary feels like a perfect time to revisit some more niche titles. Here are six Zelda games that are just itching for a Switch remake.

Just kidding. Unless … ? Back in the day, Nintendo infamously licensed Zelda’s characters out to Philips for the launch of its CDI system, resulting in some abysmal games that fans don’t speak of. They’ve essentially been written out of canon at this point, but frankly, why shouldn’t we get a chance to play them?

We can’t just preserve the best games; We need to keep a record of the bad ones too. By that token, a Philips CD-i Zelda All-Stars collection would be both hilarious and a fascinating historical document. Do it for the memes, Nintendo.

5. The Legend of Zelda

Nintendo doesn’t tend to remake its NES classics too much and that’s probably for the best. Many of those games are perfectly fine as is, so there’s no need to mess with perfection. That said, the original Legend of Zelda game is an adventure that would be epic with an increased scale.

The less-structured nature of the original game almost makes it more akin to Breath of the Wild’s open-ended gameplay than anything, so it’d be lovely to see its world come to life and give Switch owners another exploration-heavy journey with more traditional dungeons.

Bowser’s Fury wasn’t the first standout side-game to be packaged with a Nintendo re-release. Back in the Game Boy Advance days, Nintendo bundled A Link to the Past with a spin-off title called Four Swords.

The excellent multiplayer game let four friends link up and fight their way through dungeons. While the game got a sort of expanded sequel on the GameCube, the Nintendo Switch would be an even better home for it. Online multiplayer could revive the classic and turn multiplayer Zelda into a more viable option for the series going forward.

3. Zelda II: The Adventure of Link

Zelda II isn’t the most beloved game in the series. In fact, it may be the only mainline game more polarizing than Skyward Sword.

The NES classic is a particularly difficult game that’s more memorable for its side-scrolling sections than anything. That makes it the perfect candidate for a remake. By modernizing the game’s more outdated design elements, Nintendo could give the NES classic the proper glow-up it needs to let its story shine. The company pulled off a similar trick with its excellent Nintendo 3DS remake of Metroid II: The Return of Samus, so there’s no reason it couldn’t pull that same success off with Zelda II.

2. The Legend of Zelda: Minish Cap

Minish Cap might be the most niche Zelda game out there. The Game Boy Advance title offers a truly creative spin on the franchise with its shrunken world full of charming characters.

Tonally, it almost feels like a follow-up to Link’s Awakening, so it’s the perfect game for developer Grezzo to remake next. The art style in the Switch version of Link’s Awakening especially seems like a match for Minish Cap’s colorful cartoon visuals. Grezzo could theoretically use the exact same engine and visual style to bring the game to life without totally starting from scratch.

1. The Legend of Zelda: Oracle of Ages & Seasons

The Legend of Zelda Oracle of Ages and Seasons are two of the very best games in the entire franchise, despite having the status of side games.

Developed by Capcom, the duo of games offered a stylish adventure that was heavy on story, getting deeper into the lore of Hyrule’s Gods and villains. In some ways, it’s one of the more important games in the franchise when it comes to worldbuilding. Like Minish Cap, it feels like a natural next step for developer Grizzo to take next. The studio has a knack for modernizing old, overhead Zelda games and the Oracle titles deserve that level of care and attention.