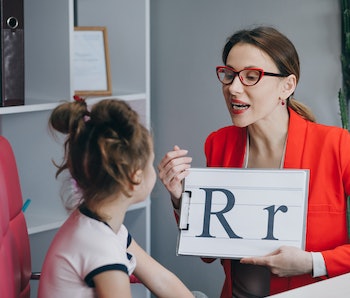 Wordle might seem like a casual, just-for-fun game, but it’s become a fiery competition between its most passionate players. Some are content just guessing their best at the daily puzzle, but others have taken to extreme measures for finding the best way to guess their 5-letter word as quickly as possible. One woman, who claims to be a “former gifted kid,” shared a new unnamed strategy that quickly drew attention from Wordle fans on TikTok.

Kasey Jackson, a beauty entrepreneur, uploaded her Wordle strategy video to the brand account for her business, @flutterhabit. FlutterHabit is known for lash extensions that are applied under the eyelash instead of over, which she shows off while explaining her Wordle starting word. Her video — which stars Jackson herself — has accumulated over 300k views at this time, proving how many of the company’s viewers found it interesting despite the loose connection.

In an effort to best her family and friends in this daily game of wits, she concocted a strategy for eliminating as many consonant pairings as possible.

Prefacing her own strategy, she cites two categories of Wordle strategies and the problems with each. First is what she calls the “Vanna White Rule,” which uses RSTLNE. For those who aren’t familiar, RSTLNE is a method popularized by Wheel of Fortune and based on statistics of how often letters appear in the English language. However, Jackson doesn’t put much faith in it because of how much it leaves up to chance. Meanwhile, the other most popular strategy involves using tons of vowels to rule out the irrelevant ones. She discounted this one too, asserting that Wordle is about the consonants — or specific sets of consonants.

Jackson then goes into detail about her strategy, which uses consonant digraphs, consonant blends, and consonant endings. Early on, she noticed that she liked letter “H” because of how often it appeared in words beginning with sh, th, ch, and so on. It was particularly helpful for her to include “H” to weed out letters before or after it. The question then became, instead of how often a letter appears in the English language, how often does it appear in these digraphs and blends?

After months of strategizing, Jackson discovered her perfect starting word. She calculated this starting word by listing out all the consonant blends and tallying how often each letter of the alphabet appeared in those blends. Results found that RLTSPHC were the most common letters. Only one of the “consonant” blends included a vowel, which was QU. So, the starting word should have as many of those letters as possible, including U. It just adds the extra step of making it easy to eliminate words with QU.

So what’s her word?

It’s thurl. If you don’t know what that is, that’s ok, I didn’t either. It’s apparently a cow’s hip joint. Take that as two fun facts in one day.

More like this
Gaming
14 hours ago
How to complete all the Velvet Room requests in Persona 3 Portable
By Willa Rowe
Gaming
Jan. 27, 2023
How to unlock the Dead Space remake's terrifying secret ending
By Joseph Yaden
Gaming
Jan. 27, 2023
4 best weapons to upgrade first in the Dead Space remake
By Joseph Yaden
LEARN SOMETHING NEW EVERY DAY.
Related Tags
Share: