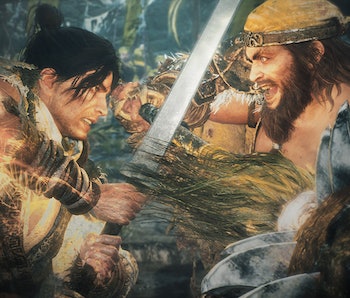 Developer FromSoftware’s Dark Souls games are known for their punishing combat and environmental storytelling, so much so that they’ve come to define the “Soulslike” subgenre. The upcoming Soulslike Wo Long: Fallen Dynasty has plenty in common with Dark Souls and FromSoftware’s latest hit, Elden Ring, but Wo Long more closely resembles the fluidity present in the studio’s previous game Sekiro: Shadows Die Twice — or even the Nioh series. Ahead of the game’s spring 2023 release, Inverse got to try a lengthy preview for Wo Long, and for the most part, it’s an impressive offering — borrowing the design philosophies of FromSoftware’s best games like Elden Ring, while standing on its own and feeling more approachable.

Wo Long: Fallen Dynasty is an action RPG developed by Team Ninja, the studio responsible for the Ninja Gaiden and Nioh series. It takes place in an alternate fantasy version of the Three Kingdoms period in China.

The preview build gave us an early look at the game’s opening, with a tutorial featuring a lengthy, linear area to explore. Along the way, you’re introduced to stealth mechanics, an in-depth upgrade system, new gear, and its fast-paced action combat.

Unlike Elden Ring, Wo Long is a mostly linear experience, offering large, enclosed levels to explore. Elden Ring’s open world is certainly awe-inspiring and fascinating, but there’s merit to simplicity, allowing players to intimately learn the interworkings of each stage. This makes the game much more approachable than Elden Ring or even some of FromSoftware’s more labyrinthian areas like Anor Londo from the original Dark Souls.

But there’s also a high degree of verticality in Wo Long, much like Sekiro. This means you’ll not only get to explore on a flat plain, but also on the rooftops of buildings and other large structures — all with the use of the jump button. This gives you multiple ways to reach your objectives, without forcing you down a specific path.

No shortage of ways to play

Right away, the game shines thanks to its fluidity, both in and out of combat. You’re able to quickly unleash a barrage of melee attacks while chaining together spells and other abilities in an intuitive way. This gives each battle some variety while encouraging you to experiment when taking down your foes. You can even sneak up on unsuspecting enemies to take them out in one hit, which is as satisfying as you’d expect.

Wo Long sets itself apart with its Wizardry Spells, which are unlocked via a skill tree. These abilities add a bit of flavor to the combat, allowing you to unleash devastating fireball attacks or more defensive techniques that give you an edge.

My favorite Spell allows you to temporarily recover health when dealing damage to enemies. The preview build showcased dozens and dozens of Wizardry Spells, each with a different ability you can utilize during combat.

Most of Wo Long works well, but I hit a major difficulty spike during the first boss. Unlike the rest of the game, this boss battle forces you to learn a very specific play style, involving pinpoint accurate button prompts that are more frustrating than satisfying. There’s no room for error during this encounter, and it feels out of place.

Even after spending hours grinding for XP, the first boss felt disproportionately difficult when compared to the previous encounters. Hopefully, the boss is tweaked in the final build, mirroring the freedom from the rest of the game.

The Souls games are notoriously difficult, but aside from the initial boss, Wo Long aims to fill the void by giving players a streamlined action game that never feels too easy. There’s certainly room for improvement, but so far, Wo Long has the foundation of what could be 2023’s best Soulslike.

More like this
Gaming
Jan. 12, 2023
Xbox Game Pass just got the greatest Dark Souls tribute ever made
By Joseph Yaden
Entertainment
Jan. 15, 2023
How to watch The Last of Us: HBO’s next mega-hit is finally here
By Claire Fox
Gaming
7 hours ago
2023's first GOTY contender revives a horror masterpiece
By Joseph Yaden
LEARN SOMETHING NEW EVERY DAY.
Related Tags
Share: