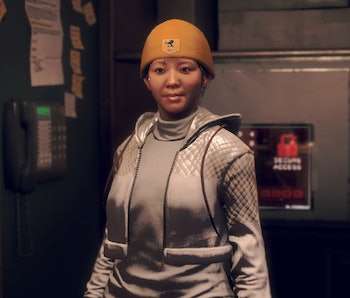 Watch Dogs: Legion has a lot of technical problems. While a fun game at its core, it clearly struggles to run on current-generation hardware. While Ubisoft plans to patch out issues like frequent Xbox One crashes, one Watch Dogs: Legion exploit caused by a glitch allows players to get unlimited ETO, the fictional cryptocurrency that is the main form of money in Watch Dogs: Legion.

ETO, is obtained by completing main quests, doing side activities like delivering Parcel boxes, and hacking people, safes, and ATMs. It's used to purchase cosmetics in Watch Dogs: Legion. While you won't be able to circumvent the game's microtransactions and get characters and other DLC with this currency, it will let you buy new clothes, weapon skins, and vehicle paint for your Operatives.

An exploit that works across PC, PS4, and Xbox One was discovered by YouTuber EK1 Gaming, which allows players to get unlimited money in just 4 steps.

Step 1: Incapacitate your character outside of a fight

Step 2: Shut down and restart the game when you get to the Swap Operative screen

Once your current character can no longer be used, the game will ask you to swap to someone new. Don't do this; instead, exit Watch Dogs: Legion, restart, and reload the campaign. This does mean you'll have to reload the whole game, which will take a while on PS4 and Xbox One. That said, a little wait is a small price to pay for infinite ETO.

Step 3: Spawn in a bar and locate the safe

EK1 Gaming's video acknowledges this strategy isn't 100 percent airtight — characters will sometimes spawn in other areas. That said, if you're near a bar that you've opened the safe in before when you die, your character should spawn there. Retry the previous step until you end up in a bar, then find the safe.

Step 4: Open the safe again and again for unlimited ETO

Now that you've located the safe in the pub, hack it and get the ETO from it. If the glitch has worked correctly and hasn't been patched out, you should be able to open it repeatedly. You'll get about 1000 ETO each time, and should have more money than you know what to do with in short order. Once you've gotten enough, spend it on whatever you want!

Watch Dogs: Legion is available for PC, PS4, Xbox One, and Google Stadia.