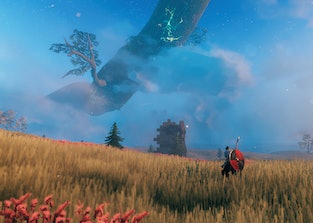 What does the future of Valheim hold?

This survival game took the internet by storm in February 2021, so we can’t help but wonder what new updates may be in the works to fix issues and add new features. While the current focus of the five-person development team at Iron Gate Studios is on patching the game, Iron Gate released a detailed roadmap around the game’s launch with tantalizing hints about the game’s future.

Here are all of the updates you can expect from Valheim in 2021.

Before we delve into the roadmap, know that no firm dates are set for these updates, even though they are placed in sequential order. While we hopefully won’t have to wait much longer for the first update, Hearth and Home, the developers have made it clear that the current focus is on ensuring that the game is stable before more features are added.

“We don’t plan on doing new content until we ourselves are happy with the current state of the game that is for sale, i.e., for the foreseeable future,” Iron Gate Studios co-found Henrik Törnqvist told Wired in an interview published in early March 2021. “We will try to get as many bugs squashed and issues sorted as possible.” Once that’s done, we can expect the developers to work through the roadmap in full force.

Check out the roadmap below.

While this doesn’t seem like it will be the most exciting, it should give these calming aspects of Valheim more depth than they had before. It still doesn’t have a release date but will be the first major roadmap update to hit the game. Hopefully, this happens sometime in the coming weeks.

Iron Gate Studios still hasn’t said much about the Cult of the Wolf update but did share a couple of details with PC Gamer in their interview about the game’s roadmap. According to Törnqvist, Cult of the Wolf is “an update that focuses on exploration and combat with hopefully some new fun and different encounters for the players.”

That’s all we have to go on right now, but this update seems to appeal to the players that like fighting in Valheim more than Heath and Home did. This update will arrive at some point after Hearth and Home.

The third update for Valheim, which will arrive at some point in 2021 after the first two, will make the Ocean biome much more interesting. “It’s not as populated ... as the rest of the land biomes, so we want some more stuff to do out in the ocean,” Törnqvist explained to PC Gamer.

He also promised that more ship customization options would come as part of this update. Valheim is currently much more interesting on land than on the sea, and it’s clear that this update is looking to change that.

The most significant of the four announced Valheim updates is Mistlands, as it will flesh out the titular biome. This area will become much more interesting and popular with new enemies, items, resources, and a new boss, according to Törnqvist. He told Wired that this biome is “a dark and foreboding place if you ever saw one!”

The ultimate plan is to have nine biomes with nine bosses, and Törnqvist teased to PC Gamer that some smaller minibosses might come to the game as part of Mistlands. This update is currently the last one planned for 2021, but there are some other smaller improvements that the roadmap calls out.

These updates include multiplayer interactions, combat improvements, moon phases, tar pits, vendor inventory expansion, Svartalfr Brigands, more unique locations, a sandbox mode, and Munin. It’s currently unclear if these miscellaneous improvements will be dispersed among the four confirmed updates or be added to the game afterward.

As they finish cleaning up the game’s launch issues, the development focus will hopefully move to all of these updates soon.