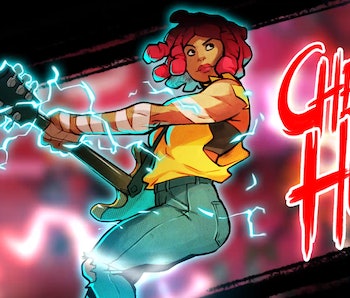 Beat 'em up video games dominated arcades and consoles in the 1990s. Whether you were making your way through Springfield in The Simpsons arcade game or playing Streets of Rage 2 at home, most gamers of that era experienced the genre across many different games. While the beat 'em up has fallen out of favor in recent years, Streets of Rage 4 is primed to revitalize the dormant genre when it arrives at the end of April.

While we've known about Streets of Rage 4 for over a year, DotEmu, LizardCube, and Guard Crush Games announced Friday that the game will launch on April 30, 2020. Alongside this release date announcement, they also confirmed that battle mode will make its return in Streets of Rage 4. This mode allows players to fight each other across eight different stages and supports up to four players locally and two for online co-op.

If you're looking for a smaller game to play with your friends during quarantine, this game is filling that void from both a competitive and cooperative angle.

In a PlayStation Blog post published Friday, the developers confirmed a release date of April 30 and examined some of the game's more retro-inspired elements. In Streets of Rage 4, you can play with the music and sprites from the classic Sega Genesis Streets of Rage games, which have all been adapted to this new engine. The post also reveals that these retro callbacks started as placeholders, but developers decided to keep them around for the nostalgia factor.

Animations and move properties had to be recreated from the ground up frame-by-frame to stay true to the classic Streets of Rage games. That kind of faithful recreation is a strong indication that Streets of Rage 4 could herald the grand return of the beat 'em up genre of arcade games.

The Inverse Analysis — Beat 'em ups hold a special place in my heart, but it's clear that they've fallen out of favor as gaming technology has advanced over the years. While we still get some fun games like Double Dragon Neon, others like Raging Justice and Double Dragon IV end up falling into the pitfalls that doomed the genre — repetitive gameplay, levels, and visuals are so common in games like this.

That's where Streets of Rage 4 bucks the trend. Not only does it look like a solid beat 'em up at its core in terms of mechanics and level design, but it makes solid strides forward with fleshed-out multiplayer, enhanced visuals, and more interesting character skills. Even when it calls back to the originals, Streets of Rage 4 comes off as being done out of love instead of a desperate effort to pull at your nostalgic heartstrings. Lizardcube pulled off this balance well with 2017's Wonder Boy: The Dragon's Trap, and is doing it again with Streets of Rage 4.

Early uncut gameplay of Streets of Rage 4 from the press has looked very fluid and engaging. I can't wait to get my hands on Streets of Rage 4 later this month as it seemingly kicks off a new renaissance for beat 'em up games.