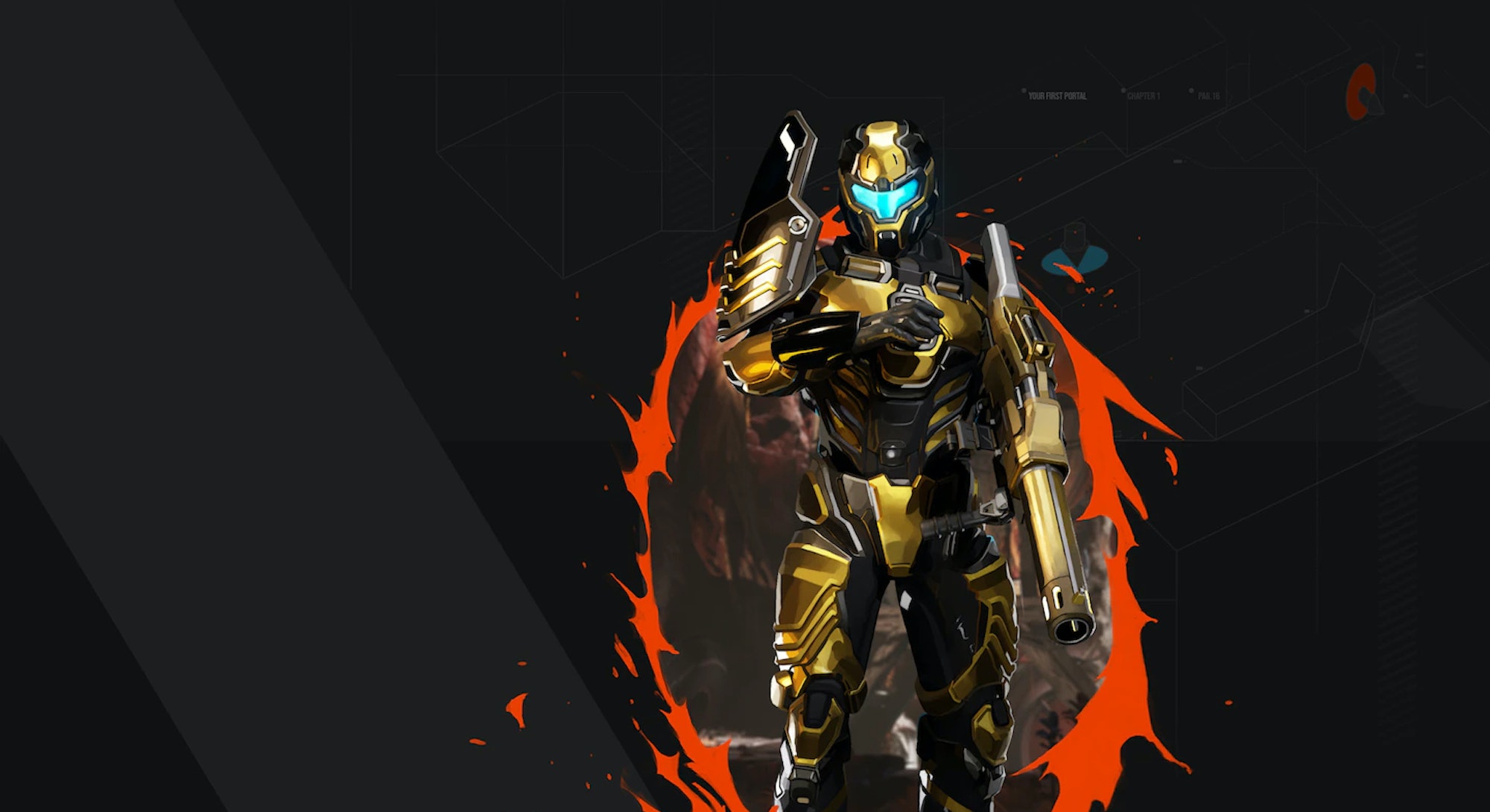 It took two years for Splitgate to become an overnight success.

The free-to-play sci-fi shooter was first released in 2019 but became so popular in July 2021 that its servers couldn’t keep up with the number of people attempting to play, leading to wait times of over an hour. Now, Splitgate’s servers have been expanded to support more than 160,000 concurrent players, and the team at 1047 Games couldn’t be happier with the success. CEO Ian Proulx says Splitgate’s unique twist on classic FPS gameplay is a major factor in that.

“Our game feels very familiar to people who grew up playing the older Halo games, but our twist of adding the portal mechanic really changes up the gameplay,” 1047 Games’ CEO Ian Proulx tells Inverse.

Splitgate has followed a similar rollout as Fortnite, Hades, and many others, releasing in early access to take in player feedback before launching in full. This has proved to be an effective strategy, but why else have so many players flocked to Splitgate?

To answer this question, Inverse spoke with Proulx, who highlights three main reasons for Splitgate’s sudden success, including its engaging gameplay, die-hard community, and the timing of its release.

Splitgate has attracted thousands of players thanks to its fast-paced action that doesn’t let up. Its design has garnered the attention of many, particularly in the way it borrows from Halo and Portal. Its responsive, twitchy controls add to a feeling of fluidity balanced with a fair share of complex mechanics.

Splitgate is “easy to pick up and play, but the depth of skill required to play on a higher level is baked into the game design, so it has that broad appeal to a variety of players,” Proulx tells Inverse.

The team drew inspiration from games like Fortnite and Rocket League in terms of design, with an “easy to learn, hard to master” mantra at the forefront. “That’s been a core principle for us from before initial rollout in 2019 through to our re-launch,'' Proulx says.

2. A loyal and vocal community

The 1047 Games team also attributes the success of Splitgate to its engaged community, which provided feedback that led to a better game overall. The game’s early adopters were always in the developer’s corner and were responsible for getting “other people to want to jump in,” Proulx says.

Combined with the addition of crossplay, the team behind Splitgate was able to hit the ground running when it came to consoles in early access in July 2021.

“Having a loyal and vocal PC player base when we made the jump to console and being able to offer crossplay right off the bat helped new players get in the game on the platform they wanted while being able to play with a knowledgeable, experienced core community,” Proulx says.

“We also learned a lot over the past two years from community feedback and were able to make a lot of improvements to the game based on that.”

It helps that 1047 Games has listened to its community, which isn’t always the case with the developers of popular shooters. A large studio like Raven Software has a harder time addressing the feedback from Warzone players, due to the sheer size of the company.

Having valuable feedback means nothing if a developer isn’t open to making any changes, so the combination of 1047’s approach, along with its vocal player-base worked together to make Splitgate great.

Splitgate came to consoles in early access in July 2021, during a lull for video game releases. With many blockbuster shooters like Halo Infinite and Battlefield 2042 several months away, fans of the genre needed something to enjoy in the meantime.

The rampant cheating problem in Warzone, combined with the ongoing Activision Blizzard lawsuit prompted top streamers to jump ship to Splitgate, bringing their many followers along with them.

Ultimately, the timing of Splitgate’s launch on consoles contributed to its success.

“We think our launch timeframe — or at least, our initial open beta launch time frame, struck the right note at the right time,” Proulx says. “It’s easy to get lost in a sea of game launches.”

1047 has worked hard to expand the game’s server capacity, while also juggling a host of complications that expanding the player base entails. But the team’s work is far from over.

“We have so many cool ideas and game features we want to put in in the near and long-term,” Proulx says. “Splitgate is a long-term project for us. We want to be able to make the necessary changes the game needs to grow with its player base, and not just in capacity.”

While the developer won’t reveal exactly what sorts of new features are in the pipeline for Splitgate, Proulx did allude to the possibility of the game heading to Nintendo Switch.

When asked about plans to bring Splitgate to the platform, Proulx said the team would love to, but there are items much higher in priority.

“Right now,” Proulx says, “we need to concentrate on the existing platforms we’re on and make sure that if we do expand to Switch, we do it right and we do it well.”

Splitgate is in beta for PC, PS4, PS5, Xbox One, and Xbox Series X|S, with its full release planned for August 2021.