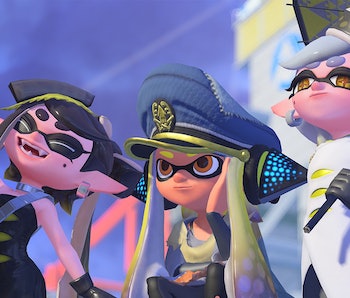 Splatoon has quickly become Nintendo’s biggest multiplayer franchise in recent years, and the long-awaited release of Splatoon 3 is almost here. With plenty of new weapons, maps, and modes, Splatoon 3 promises to be the most robust experience the series has seen yet. Between a lengthy single-player campaign, Salmon Run, and Turf War, there’s going to be plenty of content to dig into. If you’re eager to jump in the second Splatoon 3 goes live, here’s everything you need to know.

When is the Splatoon 3 release time?

Splatoon 3 releases on September 9, 2022. Like most Nintendo Switch exclusives, Splatoon 3 will be available at midnight local time, meaning wherever you live once the clock hits midnight the game will unlock. While servers are supposed to go live at midnight Eastern, keep in mind that like with any online game there could be plenty of issues, especially if players are flooding the servers when the game goes live.

What is the Splatoon 3 file size?

The good news is that Splatoon 3 won’t take up very much space on your Nintendo Switch, as the file size clocks in at roughly 5.4 GB. Keep in mind, however, that Splatoon 3 is going to receive a wealth of post-launch updates, so if you keep the game on your Switch that file size will likely go up in the future.

Is there a Splatoon 3 pre-load?

Yes, you can pre-load Splatoon 3 right now if you purchase it from the Nintendo eShop. To pre-load all you have to do is navigate to the game’s page on the eShop and select the “pre-purchase” button. After going through payment the game should automatically begin downloading on your console. If you happened to delete the placeholder download by accident, you can start it again by going to the eShop, selecting your profile icon in the top right-hand corner, and scrolling down to the “redownload” menu.

Are there any Splatoon 3 pre-order bonuses?

There aren’t any bonuses for pre-ordering Splatoon 3 on the eShop, however, if you buy the digital version of the game before September 30, you’ll receive double the Gold Points. In case you forgot, Gold Points can be redeemed towards the purchase of some Nintendo Switch digital games, DLC, and even a Nintendo Switch Online membership.