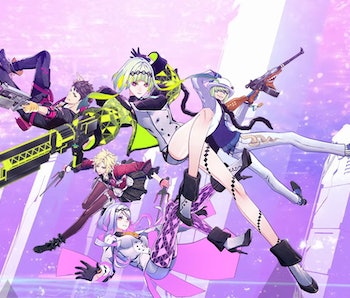 Shin Megami Tensei is one of the longest-running JRPG franchises out there, and it actually celebrated its 35th anniversary in 2022. On top of the mainline games, SMT has seen dozens of spinoffs over the years, including the mega-popular Persona series. One of the more interesting and overlooked spinoffs, however, is Devil Summoner: Soul Hackers, first released on Sega Saturn in 1997. 25 years later, Atlus has finally revealed a sequel to the cult classic cyberpunk game, and it looks wildly different from anything the SMT series has seen before. Get ready to hack some souls, because here’s everything we know about Soul Hackers 2.

When is the Soul Hackers 2 release date?

Soul Hackers 2 will be released on August 26, 2022, for PS4, PS5, Xbox One, Xbox Series X|S, and PC. Surprisingly, the release date was announced alongside the reveal trailer, and the game will launch simultaneously in Japan and the West. Unfortunately, Atlus currently doesn’t have any plans to bring Soul Hackers 2 to Nintendo Switch.

Is there a Soul Hackers 2 trailer?

Soul Hackers 2 currently has two main trailers, with more to come in the future. The reveal trailer introduced the core cast of characters, along with the more futuristic setting. Unlike the post-apocalyptic aesthetic of Shin Megami Tensei V, Soul Hackers 2 sports a bright and colorful, almost Cyberpunk-like visual style.

The second trailer provides more story elements but also gives a deeper look at the combat and demons of the game. On top of those two main trailers, the AtlusTube channel on YouTube has a bunch of mini-trailers introducing individual demons, and an hour-long presentation with info and a few minutes of actual gameplay.

What is Soul Hackers 2’s story?

Soul Hackers 2 takes place in the near future of the 21st century, and focuses on a war between two different groups of Devil Summoners, the Yatagarasu, and the Phantom Society. Separate from these groups is Aion, a sentient data collective born outside the bounds of technology. One day Aion detects that the end of the world is rapidly approaching and creates two beings named Ringo and Figure in order to prevent it. Here’s how the two characters and basic story setup are described via a Gematsu translation,

“Ringo and Figue, agents of Aion and individually autonomous splinters of its mind, are brought into the human world to stop this inevitable destruction. Their objective is to locate and protect two individuals necessary to stop the world’s end. However, they soon discover both individuals have already been killed.

Ringo executes Aion’s special ability “Soul Hack” to bring one of them back from the dead, and then other Devil Summoners killed for reasons unknown. Joining forces with these Devil Summoners given a second chance at life—with their own motives pertaining to their own deaths― Ringo and Figue must uncover the truth behind world’s end.”

The first Soul Hackers features heavy themes about the dangers of rampant technology and the usual SMT fare of demons, the occult, and the nature of humanity. By all indications Soul Hackers 2 is going to do the same thing.

Do you need to play the first Soul Hackers?

While it’s impossible to say what connections that might be present in Soul Hackers 2, you likely won’t have to play the first game in order to understand the sequel. The first Soul Hackers was technically a sequel to Shin Megami Tensei: Devil Summoner, released on Sega Saturn in 1995. Devil Summoner, unfortunately, was never released outside of Japan, but the connections between it and Soul Hackers were light at best. Soul Hackers 2 has a completely new cast of characters, and seemingly a new story. Like with most Shin Megami Tensei games, you should be able to play Soul Hackers 2 without any prior knowledge of the previous game, or even most of the rest of the series.

What do we know about Soul Hackers 2’s gameplay?

Soul Hackers 2 follows in the footsteps of the rest of the series, with turn-based combat that lets you build a party of four characters. Combat looks extremely similar to the Persona series, with a focus on exploiting the enemy’s weaknesses. There’s also a new ability called Sabbath that lets every party member hit every weakness exploited enemy, similar to Persona’s All-Out-Attack. Each party member can equip one demon using their COMP, which then gives that character access to all of the demon’s skills. COMPS can be upgraded at terminals, and demon fusion returns once again to make new demons. There also appears to be some form of negotiation, a feature that’s appeared in most SMT games, allowing players to solve battles peacefully and recruit demon enemies.

One of the biggest changes from the first Soul Hackers is the introduction of light social simulation elements. Soul Hackers 2 doesn’t look as complex as the time-management of Persona, but you can freely explore the city and choose to spend time with party members, which will then strengthen your bond and unlock new abilities. We’ll likely find out more gameplay details the closer we get to release.

This article was originally published on March 24, 2022