"We did inspect [rollback netcode] during development, but we passed on it." 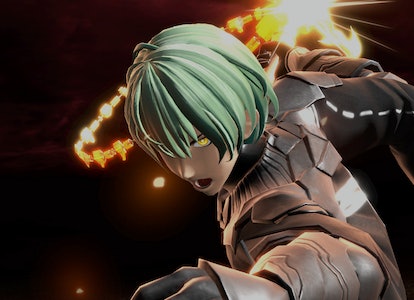 While Super Smash Bros. Ultimate is one of the best selling titles on Nintendo Switch, its online play continues to suffer from poor connectivity issues. The netcode — a generic term for how computers connect over the internet — is of notoriously poor quality. Players have been clamoring for Nintendo to integrate rollback netcode to replace the delay-based netcode that Super Smash Bros. Ultimate has used since the game's release. In theory, the game would rewrite what happens onscreen by the millisecond rather than stutter due to connectivity issues, making for a smoother online experience that players can barely notice.

But Smash Ultimate Game Director Masahiro Sakurai has dashed any hopes of the game ever getting a netcode update that could improve online play.

In a new Famitsu article, some of which was translated by Siliconera, Sakurai touches on all of the requests the developers receive from players asking for rollback netcode to be implemented: "There are also requests for a rollback method," Sakurai writes, "and we did inspect it during development, but we passed on it. The side effects were too big."

Not only was rollback netcode considered for Super Smash Bros. Ultimate at one point in time, but this pretty much confirms that Nintendo has decided against using it and will never implement it at all.

Things within the Smash community reached a boiling point in mid-2020 when the hashing "#FixUltimateOnline" went viral. The hashtag sees infrequent resurgence thanks to some pro players like Leffen, who said in a September 2, 2020 tweet, "Ultimate's awful online has always been its, by far, biggest flaw."

Better online play has been the most widely requested feature from the Super Smash Bros. community since the Brawl days, but it Sakura does not seem interested in fixing this by using rollback netcode.

What is rollback netcode? Rollback netcode presents a different way to program online play that directly addresses some of the issues caused by delay or lag. If there is a notable delay, rollback netcode attempts to predict the next input the online player will make and adjusts it after-the-fact once the input is received by the local console. This happens on a millisecond, frame-based basis, so to the naked eye, it's often impossible to notice the impact of rollback netcode. In fact, it successfully creates a much smoother online experience overall.

The following video from Core-A Gaming delves into rollback netcode in a more detailed way, for those that want to learn even more about it:

Rollback is generally considered the best kind of netcode to have in online fighting games, but many Japanese developers are hesitant to implement it. That's starting to change with games like the upcoming Guilty Gear Strive, but titles like Super Smash Bros. Ultimate are stuck with inconsistent delay-based netcode that makes meaningful competitive online play virtually impossible.

How is Super Smash Bros. Ultimate's online being fixed then? While it's still not a great experience, Super Smash Bros. Ultimate's online has been updated on occasion since released and continues to improve. Still, it's a far cry from smoother online fighting games like Killer Instinct. Despite this, Sakurai seems to chalk up any major connection issues players' personal connection, stating "no matter how much we improve it, the factors from users’ environments are bigger."

Sakurai recommends that those frustrated with Super Smash Bros. Ultimate's online experience "use a wired connection in order to have a stable match." Some players have also requested a way to tell if another player is using Wi-FI, but Sakurai doesn't plan to implement this because "it’s not like they can be rejected." For now, it appears that the developers will continue making minor tweaks to the delay-based netcode and hope those with a wired connection can see the difference.

The Inverse Analysis — Sakurai's article winds up as more of a defense of the developer's current practices rather than accepting long-requested feedback. As Super Smash Bros. Ultimate has some of the worst netcode out of any major fighting game, the complete aversion to implementing requested features like wi-fi user signifiers or rollback netcode is a bit surprising.

While Sakurai didn't delve into what the issues arose with rollback netcode, the method does rely on predictive algorithms that can simulate the player's next action, which could be difficult to deal with. Even though players can take some solace in the fact that rollback netcode was considered, this article in Famitsu definitely doesn't inspire much hope about future improvements to Super Smash Bros. Ultimate's online experience.