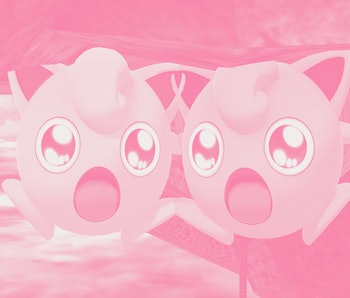 Super Smash Bros. Ultimate’s Fighter Pass 2 will add a character from Arms to the roster in June despite series Masahiro Sakurai stating that the game’s DLC schedule could face delays due to growing coronavirus concerns. But a subsequent comment by the Nintendo executive and worsening conditions in Japan suggest imminent setbacks for the Smash Bros. Ultimate Fighters Pass 2 in the future.

Sakurai announced that he and the Smash Bros. Ultimate team are working remotely to follow social distancing guidelines to slow the spread of Covid-19. That means work on the next six DLC fighters isn’t at a standstill, but Sakurai’s comments indicate it will be impossible to churn out the additional characters and features for Smash Bros. Ultimate at the same pace Nintendo was before employees began to isolate themselves.

“I am now working remotely. Essentially, I’m supervising the project from a distance. Ultimate is a very high-security project, which makes it difficult to take it out (and work). However, we have no choice, but to do it. Everyone, let’s do our best to get through this!!”

Sakurai admits that it was difficult to adapt the development process for the Smash Bros. Ultimate to a work-from-home routine. That could mean that employees have to go through extra steps to appropriately secure unreleased game assets on their home computers. This could bog down the development timetable since employees will be responsible for more procedures they normally wouldn't have to worry about.

Nintendo’s developers working remotely will almost certainly become the norm after Japan’s government declared a state of emergency over the coronavirus pandemic Tuesday. Previously, the company announced all of the Fighter Pass 2 characters would be released by December 31, 2021 but that may no longer be the case.

The Inverse Analysis — Before the unforeseen effects of COVID-19, Nintendo released each of the Fighter Pass 1 character roughly two-to-three months apart, beginning with the April 17, 2019 release of Joker from Persona 5 and ending with the January 28 release of Byleth from Fire Emblem: Three Houses.

Sakurai noted that all of the characters for Fighter Pass 2 had already been decided on the day Byleth was announced. That suggests that Nintendo is clear of any red tape that comes with clearing the rights for third-party characters. However, it remains to be seen if the Smash Ultimate team can continue releasing updates at the same speed under these new circumstances and gamers shouldn’t expect them to either.

The current pandemic is a global crisis that individuals, companies, and governments will need to adapt to in order to stifle. Nintendo employees are isolating now to keep themselves and their families healthy, but they’re still hard at work creating the next chapter of Smash Bros. Ultimate.

Gamers can support them with their love for the game and patience during this unanticipated health emergency the world is currently facing.