Everything you need to know about EA's 'Skate 4' game 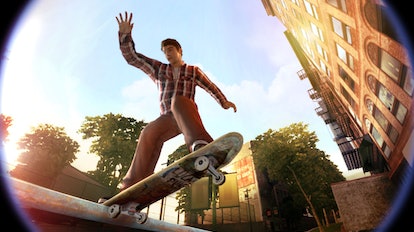 Skate 4's director says he's waited for years to "make the right game at the right time with the right idea."

Skate is back after years and years on hiatus. EA finally confirmed a continuation of this dormant skateboarding game franchise during its EA Play 2020 presentation. EA then appointed a dedicated developer for it in January 2021 and released a teaser for it in July 2021. This classic Sony skating series rivaled Tony Hawk's Pro Skater in its heyday but has been dormant since Skate 3 came out in 2010. Skate 4, the title of which appears to be stylized as skate., is set up for a glorious return. Skateboarding games are making a comeback thanks to indie games like Session, Skater XL, and the Tony Hawk's Pro Skater 1+2 remake. skate. is riding that wave like it's a half-pipe.

When will Skate 4 be released?

While EA has confirmed that a new Skate game is in development, the company has not provided a release window. At this point, it still seems like it's a ways off, as EA said during its reveal that the game is still "very early" in development.

As such, it has not shown any gameplay footage and is still building up its development team. That also means we don't know anything about the skaters, maps, or music that skate. will include yet. Basically, don’t expect this game to come out soon as it’s years away.

Is there a Skate 4 trailer?

Yes, there is! It serves more as an update on the game’s development than any actual gameplay or cinematic trailer. We see a bunch of Skate community members react to the game, as well as some footage of extremely basic in-development builds and the team’s motion capture process. It also confirms that EA is referring to the title as skate. currently.

It’s not much, but it hopefully should satiate fans for a little bit longer. EA has confirmed that the game will not be at EA Play 2021, so don’t expect to hear about the game again for a bit. In the meantime, you can check out its reveal at EA Play 2020.

Creative Director Cuz Perry and Game Director Deran Chung confirm that EA is returning to the Skate franchise and thank the fans for their support.

"We've been waiting years to make the right game at the right time with the right idea, and we're really pleased to say that we're here," Chung said. While they both affirm that the game is in very early development, they thank Skate fans as Perry says they "commented this game into existence."

Why is the Skate series important?

It's tougher than the Pro Skater games but can feel more satisfying at its best. Later games in the series featured large open worlds and even an in-game video editor where players could record, edit, and upload their best tricks.

This could all definitely be adapting for a modern, social media-driven society. EA seems specifically keen on letting players share their creations, stating in a January 27 press release that the new Skate will "redefine the way gamers create content that can be shared with the Skate community."

Who is the Skate 4 developer?

On January 27, 2021, EA confirmed that it had created a new development team to work on the next Skate game. The developer is called Full Circle and is based in Vancouver alongside EA Sports and a Respawn Entertainment support studio. This team is solely focused on working on the next Skate game and actively hiring, suggesting that the game and team are still in the early stages of formation.

Full Circle's GM is Daniel McCulloch, who is best known for previously being in charge of Xbox Live at Microsoft. He stressed that he's looking forward to connecting players not just with the game but with its development as well.

"The fans wished Skate back into existence, and we want them to feel involved in the process from development to game launch and beyond," he said. "We’re all about having fun and making great games that people want to play with their friends."

When will we learn more about Skate 4?

EA is only occasionally updated players on Skate 4 because it’s early in development. Although TK was revealed on July 19, 2021, Full Circle confirmed that the game won’t be present at EA Play on July 22, 2021.

“Now, we know many of you were hoping to see more from us this week but we’re not ready for prime time just yet and we won’t be part of the EA Play Live show on Thursday,” the message explains. “It’s still early and we are committed to doing this thing right which means it’s gonna take some time.”

McCulloch's comments emphasize that they want fans to be actively involved with the game's development, so EA will almost certainly be providing more updates before the new Skate title's launch.

skate. is currently in development at Full Circle.