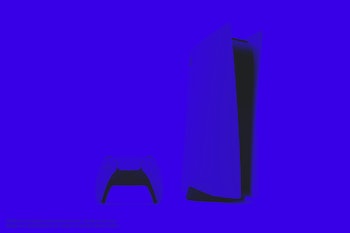 Sony hosted the first wave of official PlayStation 5 pre-orders on September 18, two days after partnered retailers like Amazon, Target, and Best Buy prematurely sold their limited stock for next-gen Sony consoles. Both events were disastrous for the same reason: Sony doesn't understand how to use email or how to communicate effectively about how things like pre-orders will unfold.

Microsoft, on the other hand, has been totally transparent about next-gen pre-orders, which means at least in terms of consumer relations, Xbox's maker is more effective.

Sony regularly utilizes mass emails for various fan events, exclusive betas, and similar exciting promotions. Users who opt-in for Sony's regular emails are supposed to receive them, but many who sign up haven't received a single message from the company. The reason for this is unknown and, by most accounts, it has nothing to do with spam filters or anything of the like. And there's been no effort on Sony's part to change that or offer any manner of explanation.

If the PS5 is the groundbreaking console Sony purports it to be, then the next-generation needs to come with a shift in how emails are distributed.

How does Sony use email for the PlayStation brand?

Sony uses email to distribute news, exclusive codes, and personalize the PlayStation experience. In addition to receiving updates when the latest games release, those subscribed to PlayStation's email list occasionally receive discount codes to use on the PlayStation Store, early access to upcoming System Updates, and prizes for completing certain objectives in a game.

Most recently, Sony used email to create a digital velvet rope around PS5 pre-orders. The company asked users to pre-register with their PlayStation Network ID to have a chance at pre-ordering the console. This came with a promise that players would also be notified when PlayStation 5s went on sale.

Why does Sony's fail at using email for the PlayStation Brand?

Sony's missives refuse to communicate with their audience. Pre-orders went live for the PS5 well before Sony claimed they'd go up. The velvet roped official channel notified those who were accepted, but what about those who weren't? They weren't notified at all. They could be staring at their inbox looking for updates right now awaiting their chance. Is there a second wave on the way? Will Sony continue to sell more consoles prior to release? Who knows? The fans should know.

There's been minimal transparency for how people were selected to participate. The official FAQ says selections were made "based on previous interests and PlayStation activities," which is tremendously vague. Does that mean you had to buy the PlayStation 4 on launch day to qualify? Do you have to play a certain number of hours on PS4 each week?

Unfortunately, this lack of clear communication has been the standard for Sony since well before the PS5 was announced. Sony regularly makes it difficult for fans to have satisfactory email interactions with the PlayStation brand.

Googling "PlayStation Marketing Emails" provides numerous results expressing confusion as to how the emails work. There are even multiple instructional articles detailing how to "fix" PlayStation emails if you signed up and you aren't receiving them. Many comment sections are full of fans reporting that they've opted in for years and haven't received any emails from the gaming giant. Others report receiving emails but never any that contain discounts or special deals.

There's a resounding feeling of dissatisfaction from many Sony consumers, especially when Sony has seemingly made zero efforts to address what feels like an unbalanced distribution of serious perks.

How can PlayStation emails be improved?

Despite the long-standing issues with the service, it's quite an easy thing for Sony to fix. If receiving emails is an issue, Sony should provide an emailed coupon for signing up. This would double as a test email to check if the user receives Sony's emails properly. The coupon could be linked to a PSN ID to avoid the service being abused. If it isn't received, then the user can be sent to a troubleshooting page to the issue. Once they make an alteration, the same email gets sent again with the exact same code.

Additionally, Sony could provide a number of deals and promotions for one user to expect. Nobody should go years without an email containing a promised promotion when others seem to get them with much more frequency. If each subscriber is promised a monthly or bi-monthly discount code, comment sections wouldn't be brimming with jilted fans. Instead, they'd be expectantly planning what to do with their next deal.

At the very least, Sony should be more transparent about what would qualify a gamer to receive something like a PS5 direct pre-order invitation.

Sony apologized via a tweet on Saturday for the lack of effective communication surrounding the early PS5 pre-orders from various retailers.

"Let’s be honest: PS5 preorders could have been a lot smoother," the tweet reads. "We truly apologize for that. Over the next few days, we will release more PS5 consoles for preorder — retailers will share more details. And more PS5s will be available through the end of the year."

What does this ultimately mean for fans, particularly when we still have to rely on retailers rather than Sony for more information? The retailers, it seems, are why pre-orders went live before Sony initially promised they would. Will they only improve when it comes to console distribution? Where does that leave those who want simple updates on the brand? This apologetic promise to improve should be for communication across the board, not just emails.

PlayStation is a massive company with fans all over the world. There's no reason it should be so difficult for all fans to interact with the brand.