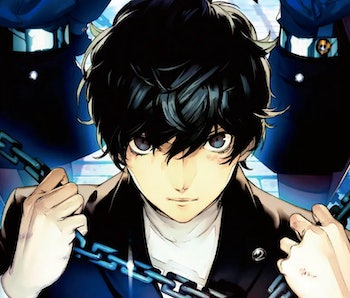 Persona 5 is back! Well, sort of. Persona 5 Strikers is more of a spin-off than a sequel to Atlus's critically acclaimed 2018 role-playing game, and it introduces new gameplay elements like Dynasty Warriors-style combat and unlockable skills called BOND skills that allow your power to grow as you complete in-game objectives. As you're getting accustomed to the new gameplay, sorting out what skills would be the best help to achieve victory.

These are four essential BOND skills that you need to unlock early on in Persona 5 Strikers.

If you want to unlock stronger BOND skills, you'll need more experience to earn points to spend on acquiring new skills. It's a boatload of BOND-ing.

Traversing the BOND system can feel overwhelming. You just want to get moving and start unlocking the good stuff already. Luckily, Bondmaker can help you do just that. Every time you improve the Bondmaker skill, you'll gain more overall BOND points, letting you unlock new skills faster.

The second hindrance in Persona 5 Strikers is money. Weapons and items available to you will be severely limited if you rely on the paltry sums earned from battles in Strikers. If you're in over your head financially, don't worry, you can get a raise using Extortionist.

This BOND skill will allow you to earn more money from every battle you complete. Everything becomes more lucrative, making your life significantly easier if you need another one or two thousand Yen for that new weapon you've been eyeing.

Combat is rough. You'll likely leave every fight with a few scratches, bruises, some lost HP, and decreased SP. This has a cumulative effect. Soon enough you'll enter a brawl with nothing to your name. Stop that from happening before it becomes a problem.

Oracle Recovery will restore some lost HP and SP after every single battle. This won't clog the perennial combat drain entirely but should make long journies through Jails significantly easier on your team.

If Oracle Recovery wasn't enough to plug the drain on your health, add another boon to the mix. Ambusher will restore health to your team every single time you ambush a foe. It's not as big a boost as Oracle Recovery, but in conjunction, the two will be more than enough to stop your team from keeling over after taking multiple hits.