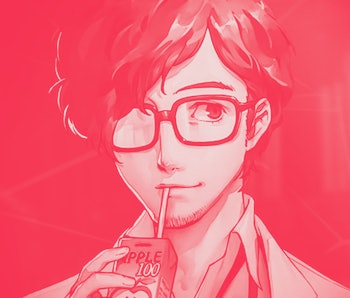 Persona 5 Royal is chock full of new content that distinguishes it from its 2017 predecessor. There are new characters, Palaces, and Confidants in the game, among many other changes. If you decide to return to Persona 5's world through Royal, you'll likely notice the character Takuto Maruki early-on in the game. He's a school counselor that joins Shujin's facility following Kamoshida's very public downfall. He's intended to simply console the students affected by Kamoshida, but he's worth so much more.

When can you start working on Maruki's confidant in Persona 5 Royal?

You can begin leveling up Maruki's confidant on 5/13 after an impromptu school conference where he's introduced by the Principal. He'll be located in the Practice Building Floor on Mondays and Fridays. Make sure to bring along a Persona that matches his Councilor arcana, so you can get more points out of each interaction, lessening the number of days you need to see Maruki. The earliest available Councilor Persona are Nigi Mitama and Kusi Mitama, who can both be fused into beginning at level 12. Berith and Bicorn, who can both be found in Kamoshida's Palace, can fuse to provide your first Councilor arcana Persona.

Maruki can be leveled from rank 2 to 5 soon after meeting him. His later ranks, 5-10, will be locked until September 20. You'll need to level up Maruki to rank 9 prior to November 18. If you can do that, he'll automatically hit rank 10 on November 18. Make sure to do this if you'd like to experience everything added in Royal.

What does Maruki's confidant add to gameplay?

He's a massive boon for combat. Within the first three levels of your bond with Maruki, he’ll give you Detox X, an ability that might cure you of any ailment upon being afflicted. You’ll unlock Flow, giving you a chance to gain an attack boost when any battle begins. That’s just the beginning. Every interaction will also slightly boost your SP. By bonding with Maruki, you can put any battle in your favor.

Maruki is also the key to unlocking Persona 5 Royal's biggest chunk of new content. If you don't max out his confidant by November 18, you'll be locked out from enjoying the game's third semester which contains a new palace, higher-level Persona, more school days, and so much more. The Third Semester is what makes Royal such a worthy purchase, even if you've played the first title.

Don't miss out on all the new content, level up Maruki.