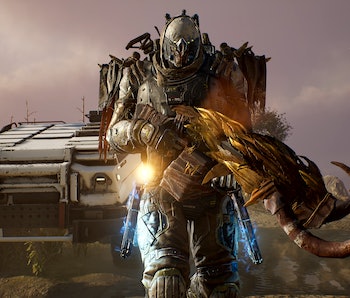 Like most role-playing games, Outriders has a level cap for characters, items, and enemies. While you can keep finding more and more powerful loot and weapons to upgrade your character, you will eventually hit the level cap and no longer earn skill points. Still, the level cap can be somewhat tricky as the item and enemy level cap can change depending on certain conditions.

Whether you’re hitting the endgame expeditions in Outriders and trying to carefully optimize your character or a casual player wanting to know when that line of progression is over, this is everything you need to know about Outriders level cap.

What is Outriders level cap?

The max level in Outriders is 30. No matter what World Tier you are playing on or class you are playing with, you will not be able to level up your character beyond that point. Overall, this will give you 20 skill points to spend. It’s possible that this level cap for the character could increase in the future, but People Can Fly and Square Enix have not teased any plans for that.

If you’re talking about the true level cap for the item and enemies in Outriders, it can go even higher. Overall, there are 15 World Tiers and even a Challenge Tier for those sticking with Outriders’ endgame. As you kill more and more enemies, you’ll unlock higher challenge tiers that contain higher-level enemies and items.

These higher levels make the latter World Tiers much more difficult, but they also make the rewards better and Outriders more fun with friends. You’ll really need to work together with others at those stages. At World Tier 15, you’ll hit a level and enemy level cap of 42. When you’re on Challenge Tier 15, you’ll hit an enemy and item cap of level 50.

What do you get for leveling up in Outriders?

As enemies, items, and World Tier levels increase, you’ll get better and better rewards to equip your character with. When your Outrider levels up, they’ll also get skill points. These can be spent in the Class tab of the game’s menu to give your character different passive upgrades. As mentioned, you’ll have 20 points to spend on any given character. Each class has three different upgrade routes that you can work your way through to optimize your character.

You’ll never be able to buy every skill on one of these routes, but you can reset your skill points at any time if you want to try something new or don’t like a sill you’ve unlocked. Definitely spend some time looking through this menu and spending skill points if you want your character to work a certain way.