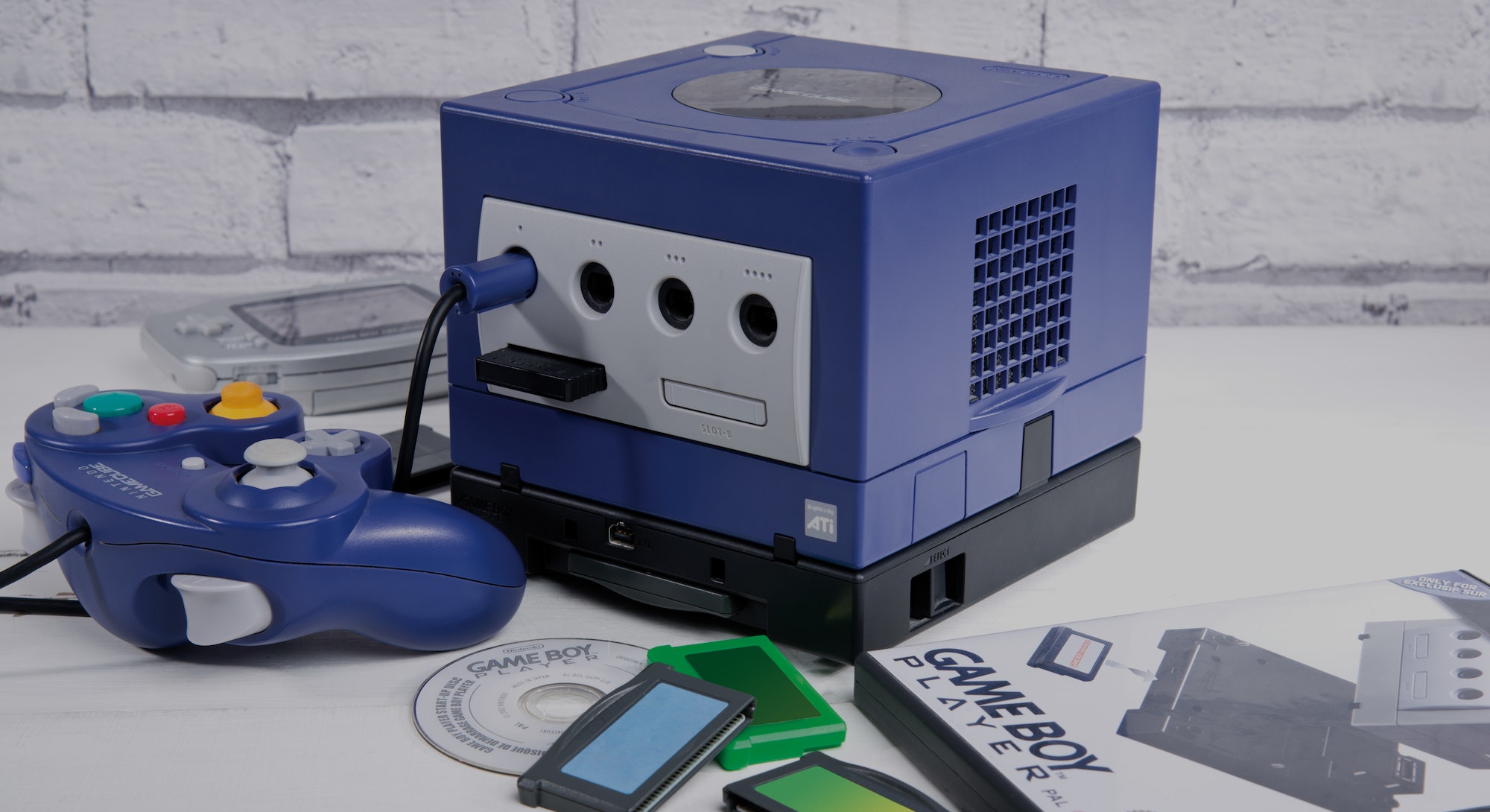 The UK-based studio had been one of Nintendo’s greatest assets. It created exclusive games for generations, from Battletoads on the NES to Donkey Kong Country on the SNES and GoldenEye 007 for the N64. It even made Banjo-Kazooie, the only contemporary 3D platformer to rival Nintendo’s own Super Mario 64.

Microsoft was one year into launching its first home video game console. The Xbox needed games. Rare made some of the best of all time. Nintendo owned nearly 50 percent of Rare, but wasn’t interested in acquiring the company outright. So why not pluck a feather from a competitor’s cap?

But Rare had another suitor — Activision.

20 years later, the tables have turned in dramatic fashion. Microsoft announced its purchase of Activision Blizzard for the mouth-watering sum of $68.7 billion, the latest of a dozen studios that Team Xbox has vacuumed up over the last five years.

What should Nintendo do to counteract an aggressive move that seizes some of the most valuable properties in gaming culture? A look back at its strategy when Rare left a Banjo and Bond-sized gap in Nintendo’s portfolio will shed some light on what the future could hold.

In 2002, Microsoft was a PC powerhouse with a fledgling console gaming wing, while Nintendo was an aging titan in slow-motion freefall, losing its audience and relevance to Sony and its titanic PlayStation 2. Now Microsoft is an established player sporting two decades of experience, while Nintendo is riding a historic wave of success with their hybrid Switch console, a machine with unrelenting momentum in its fifth year on the market.

Still, history repeats. Nintendo hasn’t survived by swerving in response to every little bump in the road, but it hasn’t survived by treading water either. After Rare left, Nintendo changed tactics. Bigger companies with origins outside of gaming were encroaching on their turf. The GameCube was losing. Even the newcomer Xbox outsold the purple lunchbox, a humbling defeat. Nintendo couldn’t outspend or outgun its newest competition. But it could change the rules of engagement.

Enter the motion-controlled Wii and its pursuit of a different, broader market that’s now the stuff of business textbooks. Here, the waters were calmer. While Rare revisited old glories with Conker: Live and Reloaded and the forgettable Perfect Dark Zero, Nintendo swerved away from the traditional gaming demographic. The family-friendly Wii Sports alone sold over 80 million systems. Three years later, Rare was tasked with paddling along to the new current by making the knockoff Kinect Sports for the Xbox’s own motion control device. It sold three million copies.

In 2022, Microsoft didn’t buy a small company with a handful of bestsellers; they bought a global mega-conglomerate with over 400 million active users. The wake is larger, the waves choppier than ever. Nintendo would be foolish to stand pat, to not deploy a counter-measure… right? Yet I expect Nintendo to do what they’ve done for decades: The unexpected. Even if that means doing nothing at all.

The two companies, though both hardware creators, are not in direct competition. Nintendo has described their true competition as time, while Microsoft Gaming CEO Phil Spencer recently said he spends “zero energy” thinking about console wars; Master Chief and Mario are more at odds with the next MCU show than each other. In theory, there should be no impulse to push back. Still, if nabbing Rare was a shot across Nintendo’s bow, the Activision purchase was a nuclear bomb exploding at Bikini Atoll. There was no direct target, but the potential for future destruction is ominous.

In a recent interview with the Washington Post, Spencer spoke about his company’s massive investment and how, in a way, it was a bulwark against other tech giants wading into the gaming industry and causing problems. Microsoft, of course, was once that tech outsider. From a business perspective, his rationale makes sense. But there’s a whiff of hypocrisy to it: We did it, he seems to be saying, but you don’t get to.

Conversely, Spencer said, “Nintendo’s not going to do anything that damages gaming in the long run, because that’s the business they’re in.”

It was a fascinating remark that speaks to the relative comity between the two companies, even though they’re ostensibly rivals competing for the same eyeballs as everyone else. Spencer sees Nintendo on the same team as Xbox, pushing back against outsiders determined to plant their flag in soil already spoken for.

These new threats Spencer alludes to — Amazon, Google, Facebook — have all dipped toes in the gaming waters. The first two launched cloud-based streaming services that have yet to make ripples. Facebook is arguably in the strongest position to cause disruption, with its Oculus Quest 2 VR helmet selling like gangbusters over the holiday and Mark Zuckerberg himself shifting his company’s mission towards a more game-centric future.

Analysts and critics often see the video game market as a zero-sum game. When players go here, they leave from there, with no one to fill the hole. But the overall player base is growing, and will likely continue to do so. There are over seven billion people on this planet. That’s a lot of wiggle room for multiple audiences to co-exist.

Nintendo, for all its family-friendly facade, has a history of shrewd moves that capitalize on its opponents’ myopia. Microsoft’s critics question whether its shiny new toy brings with it the threat of monopoly; lest we forget, Nintendo was sued for alleged monopolistic practices in 1989. It won the case in 1992, but the pool has grown more crowded ever since, and the company has needed to find other ways of distinguishing itself.

Buying up studios has never been Nintendo’s focus. The recent acquisition of Vancouver’s Next Level Games, developers of Luigi’s Mansion 3, is the exception, not the rule. Instead, Nintendo establishes working relationships with trusted allies. Spain’s MercurySteam remastered Metroid 2 before getting the chance to create the brand new Metroid Dread. Good-Feel has primarily worked with Nintendo for the better part of two decades, making a string of 2D platformers from Wario Land: Shake It! to Yoshi’s Crafted World, but are an independent company. Nintendo seems to favor loyalty and trust to ownership. Microsoft’s deep pockets allow for a more cavalier approach.

Nintendo maintains an edge with a good sense of counter-programming, sometimes to the point of self-parody. The day Sony released 2018’s God of Wår, Nintendo released its first Labo kit, the DIY construction project complete with a make-your-own cardboard piano. In 2019, when Microsoft revealed its streaming platform xCloud and teased “Project Scarlett,” which would later become the Xbox Series X, Nintendo offered a surprise reveal of Ring Fit Adventure that quickly drew guffaws, only to sell more than 12 million units.

I assume this pattern — feigned ignorance to popular trends, surprise announcements that confound as much as amaze — will continue. In fact, I think the gamesmanship has already begun. Days after Microsoft’s shocking announcement, Nintendo made an old classic available: Banjo-Kazooie is now playable on the Nintendo Switch Online + Expansion Pack service. Coincidental timing? Or a wink and a nod to an old friend?

Either way, it points to Nintendo’s stubborn insistence on traveling their idiosyncratic path, rivals be damned.