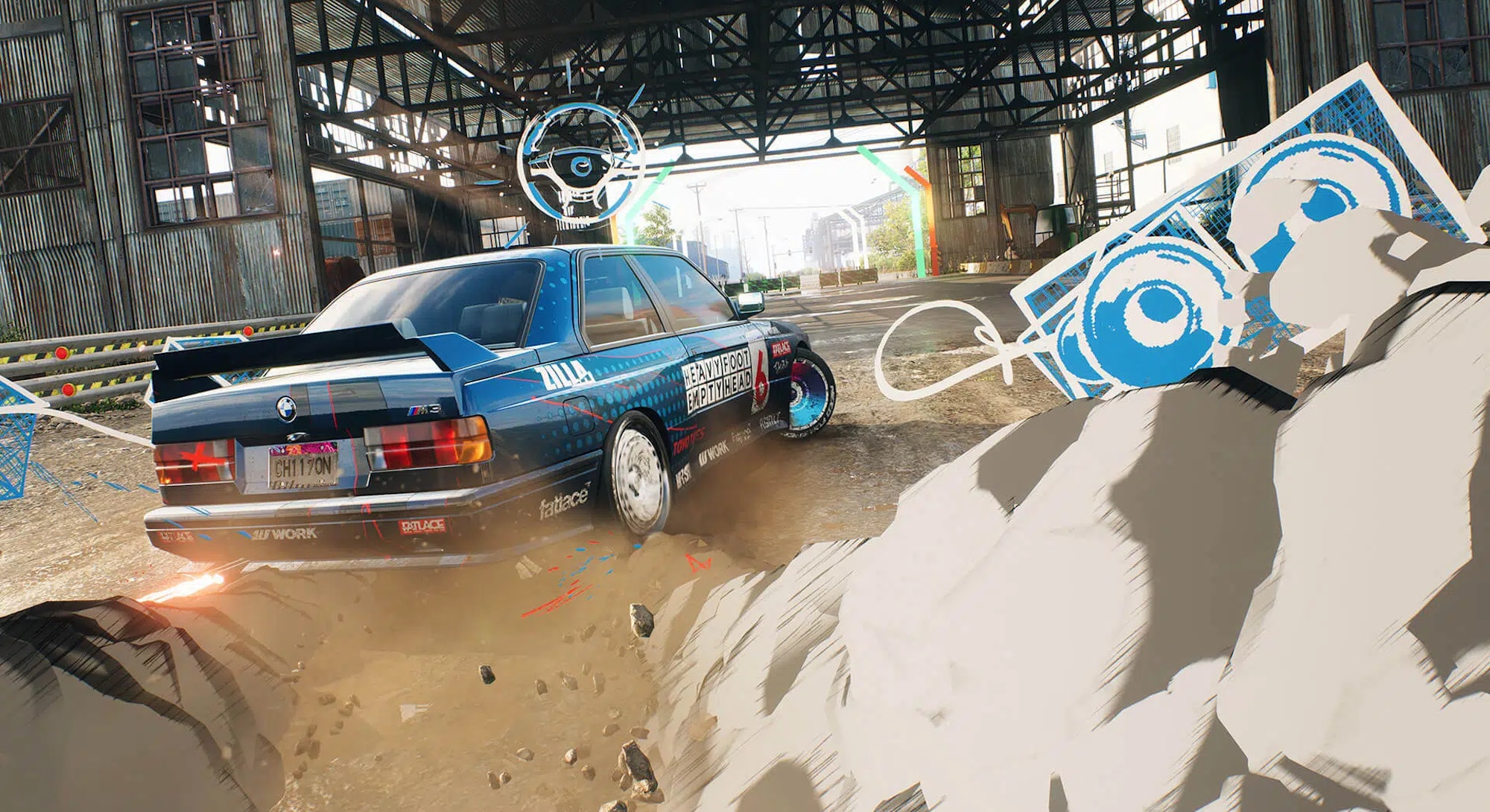 Need for Speed Unbound’s vibrant art style is the biggest surprise to come out of the franchise in years.

That art style is representative of the approach developer Criterion took with Unbound, particularly how it emphasizes the franchise's roots as a “street racer” fantasy. By taking a fresh look at the series’ roots, Criterion also reflected on how they might innovate within the genre at large.

“There are a lot of racing games out there where you can always redo it; You can always have another go,” Creative Director Kieran Crimmins tells Inverse. “It's juxtaposed to that street racer fantasy where you're really taking risks against your skills and the heights of excitement that you get from consequences.”

Ahead of Need for Speed Unbound’s release on December 2, Inverse sat down with Crimmins to talk about everything from the game’s partnership with A$AP Rocky to the interesting way the experience emphasizes risk and consequence as a way to make a more immersive street racer experience.

What inspired this new art style for Unbound?

Crimmins - We’d print out our favorite street art murals and stuff like that and put them all over the walls, getting that vibe of the underground street racing scene. When I see the conversation around anime and cel shading, I could totally see how you'd make that association. But the inspiration was always just people doing spray paint on some walls.

At the same time, we were prototyping the new physics controls and the new handling. One of the challenges we have with the handling is that it's very hard to tell the player exactly what's going on — how you enter the drift, how to draft, the highest speed for that particular car build — stuff like that.

There was a bit of a learning moment: What if we just took this stuff and used it to fix that problem? The more we played with it, the more it felt great. It was kind of a visceral explosion. What you just did was cool, so the visuals let you know that you did something cool.

What does the “Unbound” title tell us about the experience players can expect here?

Crimmins - This is the first time we've [Criterion] done a Need for Speed in a while, so there's been a lot of conversation about weird and interesting stuff that we could do. Everyone was unbelievably excited about coming back to the franchise. The idea was that we wanted to be “unbound” by the ideas and the rhetoric that’s come before.

With that “street racer” fantasy, what kind of story are you trying to tell with Unbound?

Crimmins - There's a linear storyline that comes through the game, largely around the community of street racers. It gives names and voices to all the different characters that you race against and their trials and tribulations.

There’s a more technical way that we tell the story as well through its systems. We've got a completely new campaign system where we make everything matter more.

So if you pick a race, you have to buy into the race, but you also are going to gain a little bit of heat for that session. Different races have different rewards and different levels of heat associated with them. Every single one of your choices makes a difference to the campaign that you’re having.

Whether it be day or night, you build up heat, and the cops are going to come down on you, especially at level five. So there's a building of tension every day, and then that kind of builds to a crescendo at the end of the week with a weekly qualifier.

There's been a lot of heated cultural debate lately about the role of police in society. Was that top of mind when you were designing this game? How did that shape how the police system functions in the game?

Crimmins - It's definitely at the forefront of our minds. The street racer fantasy is kind of a “street racer versus cops” fantasy, right? We want that fantasy to be pure, and it does include police chases. It wouldn't really feel the same without it.

But we still want to be sensitive to things that go on in the world. We don’t want people to feel like this is going to be difficult to play or anything — it's meant to be a fun game. We take the bits of reality that fit into the fantasy. This is a hyper realization of the feelings and the fun parts of that street racer fantasy.

What can we expect from the game’s music?

Crimmins - We always want to be current, at the forefront, and trend-setting. But it’s also imagining what people would be listening to if they were a street racer and what kind of cool underground and worldwide music people would be listening to in that scene. We worked really closely with A$AP and his whole group of creatives on a soundtrack that would really speak to that kind of fantasy.

It is an absolute banger. I know people are going to absolutely love it.

Racing games have hit some big highs in the last year or so, with Forza Horizon 5 and Gran Turismo 7. Why do you think this is such an exciting and innovative moment for the genre?

Crimmins - Racing games have always been a place for big innovation. Racing games are part of a fantastic and fun genre of gaming, but innovation is what always brings people back. Need for Speed is at the forefront of that.

The biggest thing that I would want people to take away from this game is our completely redone handling system. The physics is much deeper and more complicated. The cars are simulated to a degree of complexity far beyond anything we've done before. One of the things that I love whenever I play a video game is that pick-up-and-play feel where you're having fun straight away. But Unbound also has a level of mastery that you can learn over time depending on your play style.

That’s the thing that I want people to take away, but what they might actually take away from the game is our innovation in the fantasy and consequence. There are a lot of racing games out there where you can always redo it, you can always have another go. It's juxtaposed to that street racer fantasy, where you're really taking risks against your skills, and the heights of excitement that you get from consequences.

When people start to play the campaign and they start to feel those highs, I'm sure they'll feel some of those lows as well, and be mad. I'm hoping they come away from it feeling like they felt the high of putting everything on the line and winning.