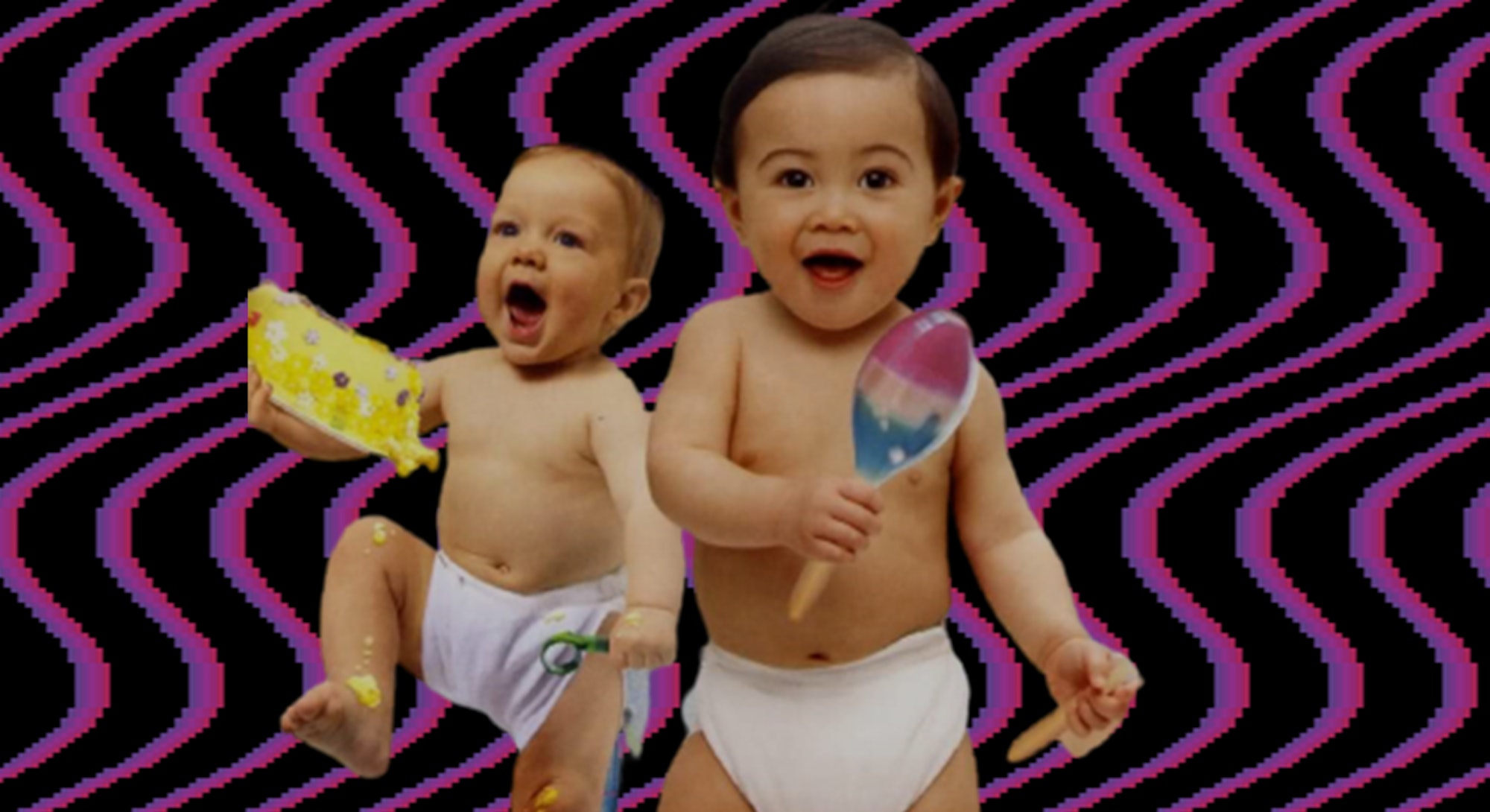 On December 8, 2008, video game website IGN published an article that would change the gaming world forever.

The post in question is a review of Imagine Party Babyz, a Ubisoft-published Nintendo Wii game that’s notable for its bizarre box art featuring real infants in party hats. While it looks like your typical late-2000s shovelware, the review declares “Imagine Party Babyz is one of the finest mini-game compilations to ever grace Nintendo's home console,” to the critic’s own surprise. But it’s the final score that sent gamers into a 13-year tizzy: Imagine Party Babyz receives a 7.5 out of 10.

Suddenly, a game about rambunctious toddlers became a point of controversy. In the years since, the review has morphed into a meme where gamers share shocking side-by-side comparisons of games that IGN has rated below a 7.5. Various Twitter accounts and Tumblr pages spring up with the goal of cataloging “what IGN thinks is worse than Imagine Party Babyz.” Just like that, a forgettable children’s game becomes a rallying cry in a one-sided war between gaming fans and critics.

The game’s persistent mythological status has made it the subject of constant “fun policing” from the internet. That raises a curious question over a decade later: Is Imagine Party Babyz really bad enough to warrant 13 years of smug ridicule? To find out, I’d have to do the one thing that many participants of the collective dogpile haven’t dared to do.

I’d have to actually play it.

Anatomy of a meme

Before diving into the game, it’s important to understand the meme itself. The template is simple: a screenshot of IGN’s Imagine Party Babyz review on the right and a shot of another game that scored lower on the left. The most infamous example shows the site’s review of the polarizing PS2 beat-em-up God Hand, which received a dreaded 3.0.

The meme seeks justice for underappreciated games, but also attempts to create a “gotcha!” effect that chips away at the credibility of “gaming expertise.” The logic is fundamentally flawed — the metrics by which someone judges a couch co-op party game for kids and a high-budget spectacle with lofty narrative ambitions are not the same. It’s like comparing a YouTube make-up tutorial to an Ingmar Bergman film.

That hasn’t stopped the internet from remixing the meme over the years, the actual quality of the game be damned. The entire joke hinges on people judging a book by its admittedly creepy cover. To investigate any further is to disrupt the myth. It’s much more convenient to imagine how bad the babyz are than to actually attend their party.

By some cosmic miracle, I was able to secure the second-to-last copy of Imagine Party Babyz available on Amazon. Seeing the perfectly plastic-wrapped box in person — one that I’d only seen in Facebook meme groups for over a decade — felt a little surreal. It wasn’t just an internet legend, but a regular old game. It’d be like meeting 2000s meme icon Scumbag Steve in person and realizing he’s just some guy. (I went to high school with him, and can confirm that’s the case.).

It was time for the moment of truth. I dug my weirdly sticky Wii U out of storage, replaced the exploded batteries in my ancient Wiimotes, and slotted the disc in. The screen lit up and the sound of unsettlingly distorted baby laughter shot out of my soundbar.

The most immediate sin of Imagine Party Babyz is, bizarrely, its casual racism. The loading screen features babies in costumes based on racial stereotypes, which can be unlocked by placing first in mini-games. The screen shows an infant in crane stance while wearing a conical straw hat, and a dated hip-hop outfit complete with a backward baseball cap and gold chain. Certainly not a promising start.

The game itself comes from an awkward era of Nintendo Wii game design where the only idea anyone had for motion controls was “make players waggle the damn thing.” That shows in the mini-games. You’ll shake the Wiimote to pedal a tricycle, fill up a bottle of milk, or perform the dreaded “Baby Dance.” Other mini-games are more clever, approaching Mario Party quality. A diaper-changing game requires players to rotate the Wiimote at just the right angle to properly change their toddler. There’s also a weirdly genius version of competitive Snake where the babies lay out a trail of toilet paper and try to box opponents out.

I’ll be honest; I’m just now realizing how insane all of these games sound when described in written form. It’s easy to understand why gamers are so eager to write this game off as a punchline. Babies dig up colored orbs and deliver them to a man in a lion costume so he can shower them with kisses. It’s exactly the kind of “WTF” experience that YouTube channels like Game Grumps can spin into millions of views.

Here’s where I’m going to burst some bubbles: Imagine Party Babyz is fine. It does exactly what a party game should do. A friend and I spent a good hour or two laughing hysterically as we flailed around, cursing out our digital infants (perhaps I wouldn’t make a great dad, after all). It’s easy to picture young kids in 2008 having a short but sincere blast flinging themselves around the living room.

The line between “good” and “bad” media is always blurry, and that’s especially true for games. If something is fun, it doesn’t really matter how refined it is. Who cares if Death Stranding is a technical masterclass if the person playing it is bored to tears? And who are we to police anyone’s individual experience anyways?

The irony of the meme is that gamers deploy it to validate their personal feelings at the expense of someone else’s, reducing enjoyment to a sort of linear hierarchy. It perpetuates the very thing that the running joke is designed to lash out at. The shitposters come out looking like the biggest babyz of all.

This isn’t an impassioned defense of a throwaway Wii game — if I had to give it a score, it’s a generous 6. Imagine Party Babyz is a timeless reminder that dogpiling on harmless opinions is a self-defeating fool’s errand. The original IGN review says it best, almost predicting the endless storm of misguided backlash in the author’s final takeaway:

“Yes, Imagine Party Babyz features dancing toddlers on the cover. Get over it.”