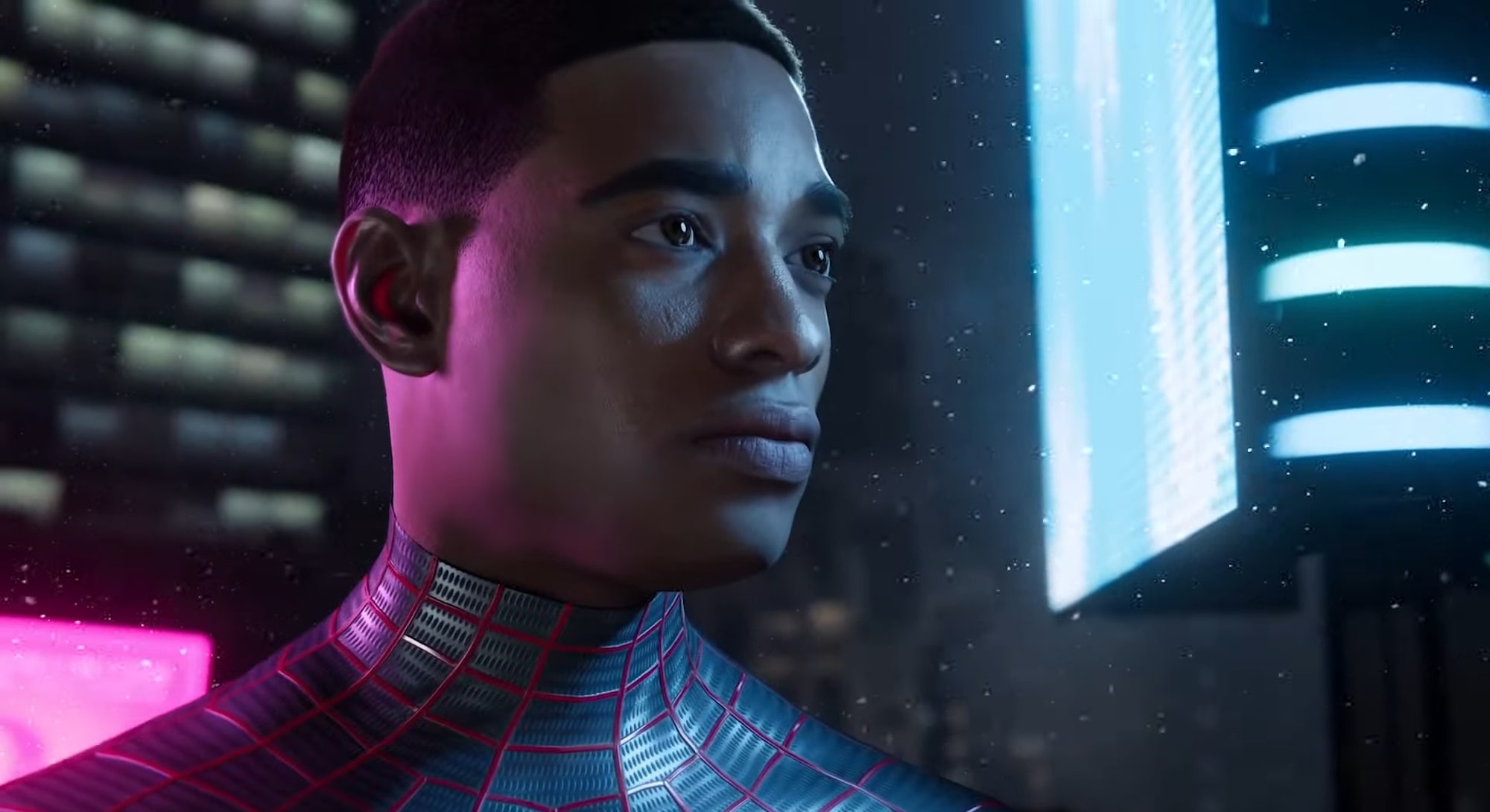 Video game fans on Twitter have an endless supply of bad opinions.

One online idiot wrote to me earlier this year, “Why do u think more games need to have Black characters? Ur racist!”

The notion that diversity is important in video games isn’t unique to 2021. Yet people seem to forget that this isn’t a new argument. That’s probably because of centuries of culture that places white characters at the center of every medium, like Superman and blue-eyed Jesus. Video games reinforce this idea too. The most popular games of all time feature a long list of whites who save the world, from Mario, Samus, and Mega Man to Nathan Drake, Lara Croft, and Arthur Morgan.

But there are exceptions. Games like Telltale’s The Walking Dead and Spider-Man: Miles Morales are outstanding examples of representation for people like me, who’ve always felt less-than and ignored by an industry that has often undermined POC voices — or just omitted them entirely.

Lee Everett from The Walking Dead and Miles Morales from Spider-Man: Miles Morales are both relatable Black characters who move from unrelenting doubt to unshakable confidence. Their stories, although familiar at first (Black man from Georgia on his way to jail, Black kid from New York dealing with high school life), take turns for the epic and phenomenal. These games are an important reminder of why we need more stories that portray Black identity and experiences in a positive light. They also exemplify why I have felt better about being a Black man while playing games like these than I do in real life.

“ Video games reinforce this idea too.”

Comments like “Children don’t need politics in media!” make up about 50 percent of online discussion when people like me suggest characters ought to be more diverse — as if race is a choice, like being a Democrat or Republican. So when are young people supposed to learn about race, then? When they get called a slur on the playground? Should they be 18 and about to vote, only to suddenly realize “Oh, crap! People are getting denied voting rights because of the color of their skin?!”

As a former child and currently a professional Black man for over 10 thousand hours, I promise you that Black kids think about this. I grew up thinking my dark skin was unfortunate because my own mother told me so when I was seven. But as soon as I saw a character that looked like me, it was like Christmas — without white Santa Claus.

Playing as Balrog and Jax in Street Fighter II and Mortal Kombat II completely blew my mind. Balrog looked like Mike Tyson, and everybody wanted to be Mike Tyson. Jax also looked like Tyson but with a metal arm. It was satisfying seeing characters of color being on equal footing with the likes of Ryu and Scorpion, and if you were skilled enough, you could manipulate them to kick anybody’s ass in the game. It felt fair — finally.

It is a fact that white people’s lives are very rarely negatively affected by their skin color. How do I know? Most institutions are run by whites. We’ve only had one Black president. Racism is judged by how nice a white person is or isn’t, meaning a white person won’t be seen as racist if they are nice. We live in a nation where Black Pride is seen as some kind of terrorist movement. If you come out of the birth canal and society tells you that you’re the best of the bunch, it should come as no surprise other races feel slighted. It’s no wonder that video games have consistently promoted the White Savior Complex. But if it’s totally irrelevant what color the characters are, why are so many of them white?

I’m not entirely certain how many games have Black protagonists, though it’s reasonable to say there aren’t many. But there are a rare few important, inclusive titles I would highly recommend to anyone looking for meaningful examples of diverse storytelling. Spider-Man: Miles Morales showcases the diversity of one of the most interesting and beloved characters in the Marvel universe. Miles is Puerto Rican and Black, and he and his mother seamlessly rotate between Spanish and English throughout their conversations. There’s even a Black Lives Matter mural on a building in his neighborhood!

Initially, Miles feels inadequate compared to Peter Parker’s Spider-Man. His friend Ganke creates an app so people in the neighborhood can contact Miles instead of the police, and at one point reminds him, “Whenever you say ‘Spider-Man,’ you always mean the other one. You’re Spider-Man. You can fix this, your way.” Once Miles steps out of Peter’s shadow, he’s embraced by the community as “Harlem’s Spider-Man.”

What I love about the character in the game is his relevance to his version of New York — I’ve never felt that pivotal to anything in real life. Solving puzzles and stopping crimes allows Miles to make a name for himself, but his heroism as a man of color truly makes this game sing.

Telltale’s Walking Dead series, which released between 2012 and 2019, helped get me back into gaming after years of pretending I didn’t have time to pick up a controller. I fell deeply in love with Black lead character Lee Everett and his struggle to keep people alive while Georgia gets overrun with, well, the walking dead. Lee’s actions ripple throughout the entirety of the four-season series, even when you play as other characters. The patience, poise, and assertive attitude Lee relies on to shepherd your party safely through hordes of undead is a true flex of leadership and strength.

“If it’s totally irrelevant what color the characters are, why are so many of them white?”

Disappointingly, if not surprisingly, racism manages to stick around even after the zombie apocalypse. At one point, fellow survivor Kenny assumes Lee can pick a lock because “you’re, you know… urban.” Later, Lee can choose to take clothes and supplies from an abandoned car, or refuse. There are two distinct outcomes: teaching young Clementine it’s okay to steal in the middle of the zombie apocalypse, or reminding her that civility is more important than temporary sustenance. Ethical dilemmas like this come up all the time in the series, and it felt satisfying to make these decisions as a Black man, playing as a Black man.

When the game first came out back in 2012, there weren’t any other characters like Lee. Telltale’s The Walking Dead made me feel empowered, bold, proud. I realized I’d prefer to lead during the end of the world than be Black during Obama’s presidency. The series was a huge indication to me that I needed to take gaming more seriously after so many years without a console. Thank God for Lee Everett and the zombie apocalypse.

It’s not racist to say we need more Black characters in games. But the ignorance of that online idiot is a symptom of a much bigger problem — with his parents, and with society as a whole. These kinds of arguments are not winnable with closed-minded folks who have had games crafted specifically for people like them for generations. You will always lose with people unwilling to accept how special it is to see a person with Black skin represented on a screen, to a person who’s always felt underrepresented in real life because of their Black skin.

But ignorance can’t erase the fact that Black video game characters matter — and there are countless little boys and girls around the world who need to grow up knowing this.