Inside Superman’s historic reveal: Why DC is right to redefine its hero

“That symbol represents something more.” 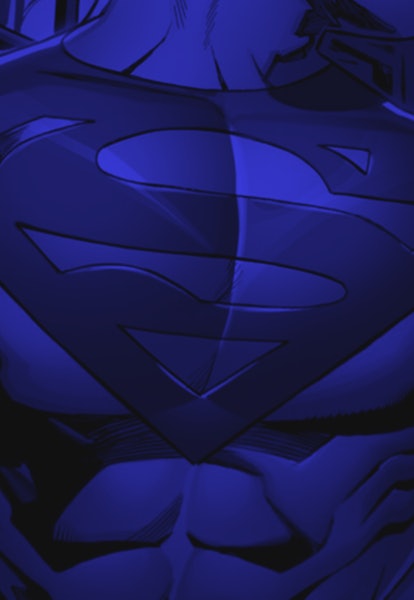 October 11 is a big day for the LGBTQ+ community.

Officially, it’s National Coming Out Day, a day to celebrate the courageous step of owning one’s identity in public. Now, it’s a day that will also go down in comic history, for related reasons.

This October 11, DC announced Superman will come out as bisexual in an upcoming issue of the comic series Superman: Son of Kal-El. The series covers a new era of Superman in which Clark Kent passes down the red cape to his son Jon before leaving to defend Warworld.

Obviously, this is a huge development for a character that millions have come to idolize. And despite the backlash DC is facing for moving the Man of Steel forward, Superman’s bisexuality doesn’t inherently change the essence of the Kryptonian hero who’s shaped comics culture. In fact, this comics arc cements the character’s enduring appeal — while redefining him for a new generation.

Jon’s sexuality is just one way in which he differs from his father, but the real-life backlash against him coming out as bisexual on the page underlines the stresses Jon undergoes once thrust into the spotlight as Superman. “But Superman isn’t bisexual!” protested some online, a gut-instinct aversion to change that Jon will have to wrestle with personally in upcoming issues. Coming out as bisexual will mean redefining both himself and the concept of Superman. That said, Superman’s principles, and his symbol of righteousness, remain the same.

In Son of Kal-El #3, Jon and Clark take on one last mission together: saving hundreds of Metropolis citizens from a falling building. Afterward, Jon encounters a crowd of protesters objecting to the deportation of refugees who were living in the building. As police officers start arresting protesters, Jon links arms with them.

“Superman was a refugee,” he says. “My grandparents put their only child in a ship and sent him on a dangerous voyage... No one sends their child on a perilous voyage unless it’s more dangerous to stay behind.” Jon may be different than his father, but he was raised with the same impeccable moral compass. Little did Jon know that Clark was at that very moment on the verge of presenting him with an uncertain new path forward.

Clark ultimately bails Jon out of jail after the protest, and his friend Jay Nakamura arrives to help. Nakamura — a young upstart journalist with dyed pink hair — is the new generation’s answer to Lois Lane. In fact, when the Kents invite him to Smallville for dinner, he’s nonplussed and rendered speechless when he’s introduced to Lane, his journalistic hero.

Jay is introduced by Jon as “a friend,” though it’s clear from DC’s announcement that he’ll soon become something more. Shortly after this meeting, Clark has to say goodbye to his son, leaving him alone to care for his family and the mantle of Superman. Jon, suddenly, finds himself tasked with defending the Earth — and knows he must rise to meet this challenge.

Jay will serve an invaluable resource as Jon embarks on this new adventure: he’s the new Man of Steel’s support system, but he’ll also become his emotional, romantic confidante.

Why Does Superman’s Sexuality Matter?

On the occasion of Superman coming out as bisexual, readers must remember that the superhero is more than a man: he’s a symbol. Superman is a reflection of everything righteous and just about the American way, and in more recent times that has meant supporting love in all its forms. Superman does not serve any political agenda so much as he follows his own morals; suffice to say, Jon can kiss boys, be himself, and question his own identity — all while being a worthy Superman.

Perhaps whatever fan backlash there’s been was precipitated by the way this coming-out story was handled, especially because it has plenty of precedent across comics. Earlier this summer, Tim Drake, the latest Robin, agreed to go on a date with his friend, Bernard Dowd. That said, there’s an important distinction between Tim’s story and Jon’s. While Tim’s expression of romantic interest in a male friend emphasized the fact that his sexuality is complex without labeling Tim outright, DC released a statement announcing that the character would come out in Son of Kal-El #5 — a comic that isn’t slated for release until November.

What’s more, DC outright stated that Jon is bisexual. While the significance of announcing this on National Coming Out Day is somewhat self-evident, the plot point was revealed via a press release, denying readers the discovery that could have come from reading the comic. Coming out is a deeply personal process, and to announce this development for Jon outside the context of an arc exploring it means that word of Jon’s bisexuality hasn’t yet emerged from the character himself. Instead, it’s come first from the companies behind him.

Still, Jon’s bisexuality signifies a watershed moment for Superman. “Everyone needs heroes and everyone deserves to see themselves in their heroes,” said comics writer Tim Taylor in the release, praising the character’s symbolic value. “Today, that symbol represents something more. Today, more people can see themselves in the most powerful superhero in comics.”

The character has always been an outsider in his world. Just as Clark Kent was a Kryptonian, which he had to hide from those around him, now Jon has to reckon with identities that make him unique — and that he could have kept quiet. But in addition to justice and the American way, Superman has always stood for truth.

Now it’s time for Jon to honor his own.