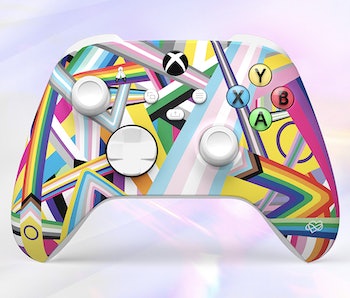 Microsoft’s acquisition of Activision Blizzard has come under a ton of scrutiny since it was announced in January 2022 Over the last few months, various government agencies across the world have taken a look at the massive $69 billion purchase, with the aim of ensuring that it wouldn’t prove detrimental to consumers or unfairly stifle competition.

The latest agency to release a statement is the Competition and Markets Authority (CMA), a competition regulator in the United Kingdom. The CMA has voiced concerns about Microsoft’s deal, and as a result, it’s recommended a more thorough “phase two” of investigation. Here’s what this could mean for the overall deal.

What happened — On September 1, 2022, the CMA issued its phase one ruling, saying the merger “may be expected to result in a substantial lessening of competition within a market or markets in the United Kingdom." During its investigation, the CMA gathered thousands of internal documents, and essentially it came to the conclusion that the deal could adversely affect the performance of Microsoft’s competition. One of the major focuses here is how Microsoft could utilize major series like Call of Duty.

In a press release, Sorcha O’Carroll, Senior Director of Mergers at the CMA, said, “Following our Phase 1 investigation, we are concerned that Microsoft could use its control over popular games like Call of Duty and World of Warcraft post-merger to harm rivals, including recent and future rivals in multi-game subscription services and cloud gaming.”

Games like Call of Duty and World of Warcraft have a massive influence on the market, and the CMA is worried that the way Microsoft positions these games could give it an unfair advantage over current rivals like Sony, as well as potential future rivals in the space.

The move comes amid a new wave of scrutiny on the games industry in the U.K. In August, consumer rights advocate Alex Neill filed a £5bn class-action suit against Sony, essentially claiming PlayStation unfairly charges U.K. consumers higher prices on its digital storefront.

What it means — The most immediate effect the CWA’s ruling is that it is likely to delay the timeline of the merger. In its release, the CMA says that Microsoft has five working days to submit proposals that address the concerns. If those proposals don’t allay those concerns, a Phase 2 investigation will start. In this phase, the CMA would appoint an independent panel to examine the deal.

In response to the CMA, Microsoft President and Vice Chair Brad Smith released a statement, saying, “We’re ready to work with the CMA on next steps and address any of its concerns. Sony, as the industry leader, says it is worried about Call of Duty, but we’ve said we are committed to making the same game available on the same day on both Xbox and PlayStation. We want people to have more access to games, not less.”

This is a sentiment that senior Microsoft and Xbox executives have reiterated numerous times in recent months — the company has been insistent that it doesn’t have any plans to make Call of Duty exclusive. On September 1, Microsoft also released a lengthy blog post written by Phil Spencer, CEO of Microsoft Gaming, explaining how the company wants to make gaming more accessible for everyone. Keep in mind, however, that doesn’t mean the company can’t make it more appealing to play on Xbox than other platforms. Even potentially adding older games in the series to Xbox Game Pass could be construed as an unfair advantage by some.

The CMA is the main regulatory body of the UK, but the Microsoft Activision deal did receive approval from Saudi Arabia last week. It’s also under investigation by the Federal Trade Commission (FTC) in the United States. While the ruling will likely mean a delay, there’s little evidence now to suggest it will mean anything more than that.

What’s next — For the most part, it’s business as usual for Microsoft. Activision CEO Bobby Kotick sent an email to all employees following the CMA’s statement, where he said the deal is still expected to go through by the end of Microsoft’s fiscal year (June 30, 2023).

Microsoft will undoubtedly do everything in its power to see the deal completed, but it’s going to have to contend with multiple investigations and issues. Kotick is still under scrutiny for the role he played in widely reported sexual harassment and discrimination issues at Activision Blizzard. Activision Blizzard is also still in the midst of unionization among multiple company subsidiaries, including Raven Software and Blizzard Albany, formerly known as Vicarious Visions.

In the near term, we expect to see more statements from Xbox asserting that the company intends to make it easier, not harder, to access popular games like Call of Duty. Whether that will convince skeptical players — and Her Majesty’s Government — remains to be seen.