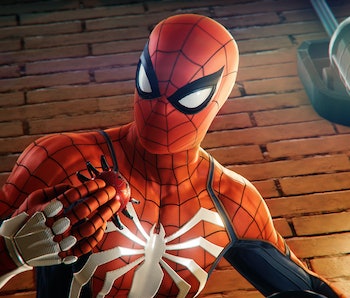 After a year of quarterly updates that slowly improved it, Marvel’s Avengers is finally in a good place.

The timing could not be better to add one of Marvel’s most popular superheroes to the multiplayer game. It should be an absolute win for everybody. Unfortunately, that couldn’t be further from the truth.

With an upcoming PlayStation-exclusive Spider-Man update, developers Crystal Dynamics and Square Enix are about to ignore a huge swath of its player base. This, after spending a year earning back goodwill from people who spent $60 on a video game that launched full of glitchy bugs.

What you need to know — The public learned that Spider-Man would come to Marvel’s Avengers as a PS4 and PS5 exclusive character in August 2020, a month ahead of the game’s release.

It was an exclusivity deal for Sony, as the tech and media giant was already partnered with Square Enix for marketing Marvel’s Avengers. (Sony also has critically acclaimed Spider-Man games and films associated with their brand.)

Sony was stranger to courting exclusive downloadable content, either: The first Destiny video game had weapons, strikes, maps, armor, and ships that were exclusive to PS4. The move proved to be controversial, upsetting fans who felt they got an inferior product because they got the wrong console, as Forbes observed in a 2015 article.

The deal also stinks for Spider-Man’s PlayStation exclusivity in Marvel’s Avengers. As Paul Tassi writes in that 2015 Forbes essay, the logic is that if something is only on PlayStation, it’s essentially missing from all other consoles and PC. It’s the subtraction of the whole by adding to one piece.

When it was released, Marvel’s Avengers was beset with problems: An unexciting multiplayer missions and a wealth of bugs, which were sometimes game-breaking, were symptoms of a larger problem.

Avengers Kate Bishop, Hawkeye, and Black Panther were meant to make their debuts in the video game in the months after its launch, with Spider-Man’s arrival slated for Spring 2021. That’s not how it panned out, as you can see:

There’s about a three- or four-month gap between each hero’s debut in the game. Crystal Dynamics told Inverse in August that Spider-Man is still slated for 2021, and if Crystal Dynamics sticks it with the current cadence, that means Spider-Man will debut sometime in November or December.

While the experience will be smooth-sailing for PlayStation owners, it’s is a concerning gap for people who play on any other platform.

Unless Square Enix decides to release some other major update on Xbox, PC, and Stadia instead of Spider-Man, non-PlayStation players could likely go up to six months without a new character update — likely not what they were expecting when they bought the game.

The data tells a bigger story — Current player data isn’t available for Marvel’s Avengers, but it reportedly only sold around 3 million copies as of November 2020. Since then, more players have picked the game up, but it’s still a lackluster performance for a AAA multiplayer game based on the world’s biggest media franchise.

When just accounting for the two major home console platforms, PlayStation has a 65 percent market share, as of 2020, while Xbox has a 35 percent share, according to data from Gaming Smart.

Although this market share data certainly doesn’t equate to the player split for Marvel’s Avengers, it poses interesting food for thought: What if Xbox, PC, and Stadia players combined, make up a third of the game’s player base (and are possibly over 1 million players strong)?

That’s a lot of people who don’t get to play as Spider-Man.

Why it matters — A year into the game’s lifespan, the gamers Square Enix and Sony hurting are the ones who’ve stuck with the game through its turbulent phase.

Perhaps more pointedly, there are likely a great many people who only own an Xbox and can’t afford to play Marvel’s Avengers elsewhere. Not everybody can shell out $500 to buy a PS5.

Video games don’t get enough credit for offering relatively cheap entertainment, community, and escapism. They are a wonderfully economical way to spend one’s downtime. They are for adults who work jobs and want to chill at the end of a long day. It’s time for more game makers to remember their audience.

The game makers are essentially saying: If you love Marvel’s Avengers and Spider-Man and don’t have the money to buy a $500 PlayStation 5, you’re SOL here.

Marvel’s Avengers is not a PlayStation exclusive game, so it shouldn’t be ousting Xbox and PC players like it is, especially a year after the game has been out and people have invested time in it.

What’s next — Marvel’s Avengers is in a good place for players across all platforms. For players on Xbox and PC, though, the experience is about to become frustrating once again. The best-case scenario is that Xbox players eventually get Spider-Man, but that’s unlikely to happen.

At the very least, the developers can try to make up for it by reducing the gap between hero additions to the game or releasing a separate significant update on Xbox, PC, and Stadia simultaneously as Spider-Man.

Regardless, Marvel’s Avengers and its developers must now reckon with a terrible decision that Square Enix and Sony made before the game was even released.