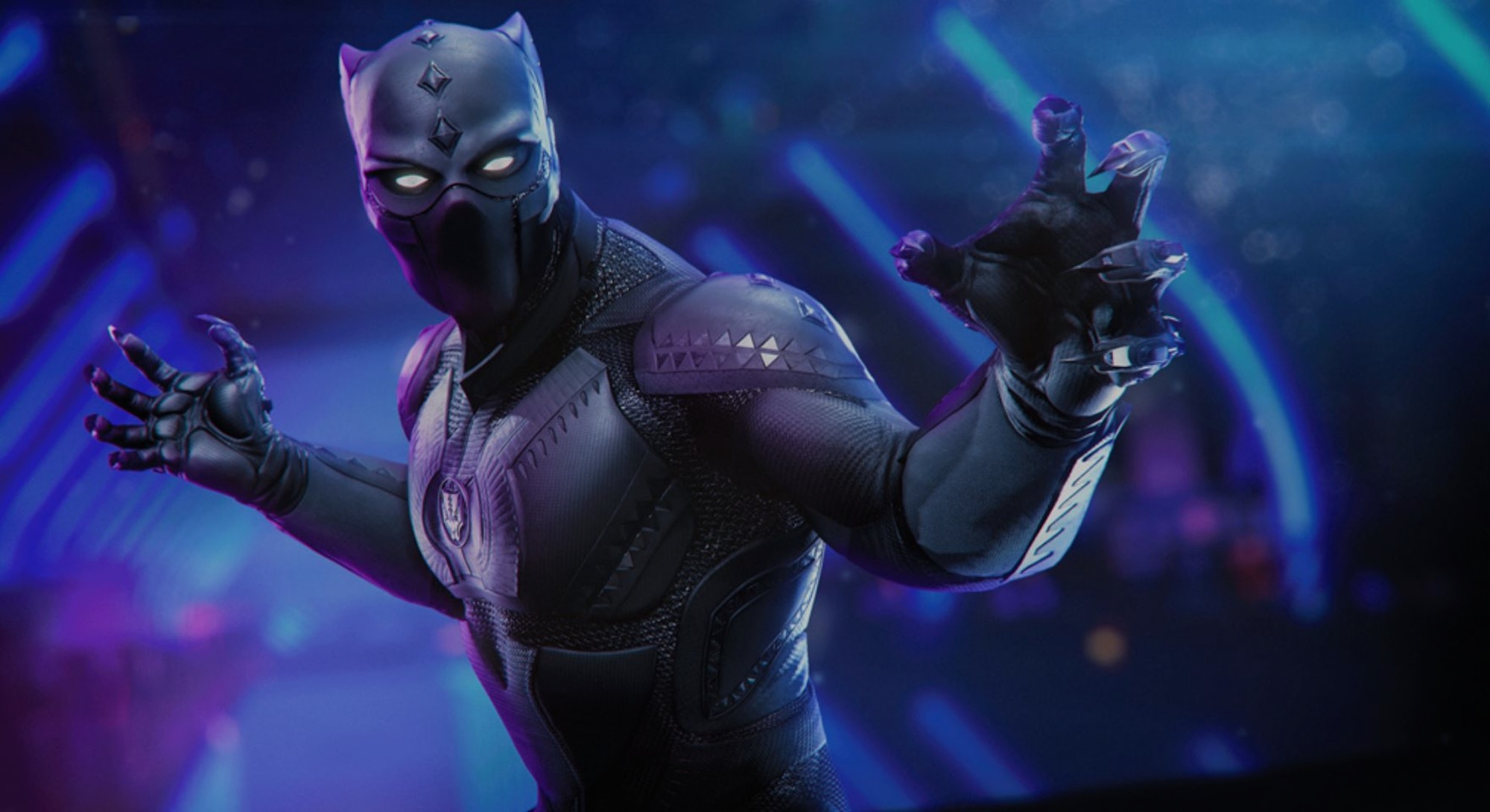 Marvel’s Avengers has made a surprising recovery, so it’s starting to make some bold moves.

The game left a bitter taste in players’ mouths when it launched last September due to lackluster multiplayer missions, bugs, and a lack of variety. It seemed doomed to be abandoned, but developer Crystal Dynamics and publisher Square Enix have stuck with it. Each update has slowly remedied those issues, introducing new heroes and villains into the mix while leaning into the game’s fantastic story.

Crystal Dynamics’ developers are confident the game is stronger than ever and that the story is moving forward as planned. The end of the last story expansion, Hawkeye: Future Imperfect, teased a Kree Invasion, but the developers aren’t revealing yet how the upcoming War for Wakanda expansion will continue that larger story.

On August 17, this update will introduce Black Panther as a playable character. Wakanda is a brand new region for the game, filled with comics-accurate architecture and recognizable characters like Shuri, Okoye, Crossbones, and Ulysses Klaue. While you might recognize many of these characters from the Marvel Cinematic Universe, Marvel’s Avengers takes them in a different direction, starting with T’Challa.

“We wanted to focus on a story that has T’Challa as an experienced leader, as that’s who he is in most of the comics,” Writer Hannah MacLeod tells Inverse. “It gives us the chance to really dig into some comic stories that players might not have heard of before.”

Inverse watched around one hour of new gameplay from the update and came away impressed with the story setup and the increased variety to mission and enemies.

Keep reading for our full interview with Hannah MacLeod and Senior Gameplay Designer Scott Walters to learn more about how this Black Panther and Wakanda differ from the MCU, what they’ve learned working on the post-launch updates, and when we can expect from the next playable character: Spider-Man.

The following interview was edited for brevity.

What is the biggest difference between your T’Challa and Wakanda and what people are familiar with from the MCU?

MacLeod: Story-wise, the biggest difference is that our T’Challa is a little bit older. He’s been a king and Black Panther for a while. We wanted to focus on a story that has T’Challa as an experienced leader. That’s who he is in most of the comics. It gives us the chance to really dig into some comic stories that players might not have heard of before.

This video gives some background on Black Panther’s history in the world of Marvel’s Avengers.

Walters: Gameplay-wise, we pull a lot of references from the comics for his combat abilities. His ability to manifest and materialize daggers for ranged combat is something that you haven't seen in the MCU, but it's something that he does quite a bit in the comics.

His Ultimate is very much based on his reverence and connection with the Panther Goddess Bast where he becomes the king of the Necropolis. That's something that the MCU certainly touched on but didn't go super in-depth with.

What were the biggest challenges in crafting new bosses like Crossbones and Klaue for War for Wakanda?

MacLeod: Ulysses Klaue has not been done justice in the MCU, I will say. Especially as I was reading more of the comics and really researching Black Panther as a character, Ulysses is so fascinating. He's so charismatic and demented in the comics, and when he becomes a sonic monster, he literally can control people with his voice. That was really fun to put up against our version of T’Challa, who’s a little bit more grounded.

It’s been really fun to dig into the villains that are happy to be on the villain side. Crossbones really leans into that. Crossbones is great in the story because he just likes his job so much. He’s such a psychopath in the comics that you point him at an enemy, and he’s going to have the time of his life doing something about it. Crossbones: no tragic backstory, just absolutely loves chaos.

Walters: Klaue is all about sonic technology, so we've gotten to explore that and figure out what that means in terms of gameplay. We got to really lean into that and find ways to utilize things that are core to the character and bring gameplay aspects around that.

For the fans that have played our game before and have fought our existing villains, you might know that there's a whole cloning aspect to that. We did an interesting thing with Crossbones, where at the end of the fight, you never really beat him. He just leaves. It’s very Saturday morning cartoon, like “You got me this time, but I’ll be back.” That’s an interesting, quirky, and different take than what we’ve done before.

How does War for Wakanda move forward the fight with the Kree set up by Future Imperfect?

MacLeod: The packs are released chronologically on our timeline. War for Wakanda does take place after the events of Kate and Clint, but the idea is we're still setting up the major pieces.

How has your approach to writing and developing the game evolved since its release?

MacLeod: We've gotten to do some pretty wacky and out-there things that make the comics so great. Our Reassemble campaign was a very grounded story, and it had good reasons for that to introduce players to Kamala. It's been really fun to dive into the absolutely wild comic-bookiness of the fact that these are superheroes.

Walters: We have a couple of different approaches to gameplay development now that we're a year out. We’ve built a lot of technology around our heroes doing specific things, so we can reutilize some of that. That gives us room to explore new things for the new heroes and make them feel unique. As we keep going, it will allow us to put heroes out a little bit quicker.

We can say the players are experienced in combat now, so how can we give them a fresh experience with the heroes they have, with new heroes, and the challenges we can give them with enemies as we introduce them.

Do you guys have any updates on Spider-Man? Do you know anything about that?

Walters: I mean, I know lots about Spider-Man. But in terms of what we can say now, we've always scheduled and looked at to bring Spider-Man out in 2021 for PlayStation owners, and that is still on track. We'll have some more announcements later this year.

Marvel’s Avengers: War for Wakanda will be released on August 17, 2021.