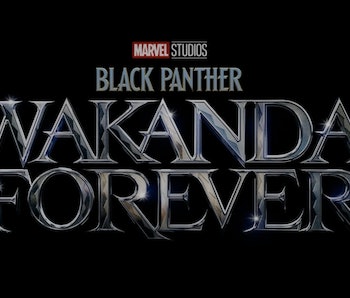 Wakanda forever. At San Diego Comic-Con in July 2019, Marvel’s Kevin Feige confirmed that Marvel Studios is working on a sequel to 2018’s Black Panther, the Oscar-nominated hit entry in the Marvel Cinematic Universe. And in 2020, Kevin Feige announced that the film would be premiering in the summer of 2022.

Black Panther, released in February 2018, was a groundbreaking entry in the Marvel Cinematic Universe with the box office gross and cultural impact to prove it. It was also one of the last movies to be released in Marvel’s Phase Three, hitting theaters just before Avengers: Infinity War, which set the stage for Avengers: Endgame last April. King T’Challa, aka the Black Panther himself, had made his debut in Captain America: Civil War, starred in his solo film, and then was promptly turned to dust at the end of Infinity War. On this side of Endgame, he’s back. But the tragic passing of T’Challa’s actor Chadwick Boseman leaves a huge hole in the world of Wakanda, and we’re not sure how it will be filled.

Here’s everything we know about Black Panther: Wakanda Forever, including new details about the plot, casting information, who’s directing, and more.

What is Black Panther 2’s title?

In May 2021, Black Panther 2 finally received a title. The film is called Black Panther: Wakanda Forever, a nod to the salute many Wakandan characters give each other.

Black Panther: Wakanda Forever will be released on November 11, 2022. Kevin Feige originally announced the film would drop on May 6, 2022. But due to production delays stemming from the coronavirus pandemic and Chadwick Boseman’s death, the release date was pushed back four months.

Who is writing and directing Black Panther 2?

In October 2018, The Hollywood Reporter confirmed that Ryan Coogler would be back to direct the Black Panther sequel. According to THR’s report, Coogler had already begun working on the script (as of April 2019, that is) in the hopes of beginning production in late 2019 or early 2020.

Who is starring in Black Panther 2?

Confirmed to return for Black Panther: Wakanda Forever are:

The Hollywood Reporter confirmed that Shuri would be taking on a larger role in the sequel. In the comics, she took over the mantle of Black Panther from her brother. It remains to be seen if the movie will do the same thing or if she’ll continue to serve her important role as inventor and innovator.

There will also be at least one new character entering Wakanda for the sequel. Mexican actor Tenoch Huerta will appear as an antagonist, though his role is not identified at this moment. This leads to the question...

Who is the villain in Black Panther 2?

The identity of the villain of the Black Panther sequel is still unknown.

In May 2018, Metro UK reported that Michael B. Jordan might reprise his role as Killmonger, but that seems suspicious given his death in Black Panther. Perhaps he might pop up in the mystical afterlife that the Black Panther visits to speak with his ancestors?

It’s also rumored Donald Glover might be involved with Black Panther 2. According to the same Metro report, Glover has apparently been in talks with Coogler to play a new character who may or may not be a villain. Glover already has a role in the MCU as Aaron Davis. In the comics, Aaron is the uncle of Peter Parker’s Spider-Man successor, Miles Morales, and a criminal who suits up as the villain Prowler.

Furthermore, Endgame may have provided a clue: During a confab between Natasha, Okoye, Rhodey, Carol Danvers, Nebula, and Rocket, Okoye mentions that there have been underwater earthquakes detected under Wakanda. At the time, Okoye seems ready to brush it off, but it seems to get Black Widow’s attention, and it turns into a talking point during the meeting. But when Okoye assures Natasha that they’re handling it, the issue is never addressed again.

Is this Marvel hinting at Namor? While the character’s film rights may or may not be tied up with Universal Studios, Marvel may have arranged a similar arrangement to the Hulk to use Namor in the MCU without producing a solo Namor film.

What is the plot of Black Panther 2?

No plot details about Black Panther 2 are known at this time, but after Endgame, we can make some major guesses.

Black Panther 2 will have to address the events of Avengers: Infinity War and Endgame, especially since much of the action in the former film happened in T’Challa’s home nation of Wakanda. T’Challa and Shuri both died in Thanos’ Decimation, so the Wakandan leadership must have struggled for the five-year gap between Infinity War and Endgame.

When we see T’Challa and Shuri at the end of Endgame, they’re standing on a balcony at the palace, looking out at Wakanda with their mother. But the politics won’t be so simple by Black Panther 2, right? Keep in mind, however, that the sequel won’t be out for almost three full years. It’s also possible that the movie could ignore Endgame altogether and essentially fast-forward to some other conflict in real-time.

How will Black Panther 2 approach the death of Chadwick Boseman?

Chadwick Boseman shocked the world when he died of colon cancer in August 2020. He kept his fatal illness a secret from everyone, including Kevin Feige and Ryan Coogler. After his tragic death, fans immediately began conversing about whether T’Challa would be recast or if the MCU would kill off the character out of respect to Boseman.

“I wanted to acknowledge the devastating loss of a dear friend and member of the Marvel Studios family,” Feige said. “Chadwick Boseman was an immensely talented actor and an inspirational individual who affected all of our lives professionally and personally. His portrayal of T’Challa the Black Panther is iconic and transcends iteration of the character in any other medium from Marvel’s past.”

Feige continued, “To honor the legacy that Chad helped us build through his portrayal of the king of Wakanda, we want to continue to explore the world of Wakanda and all of the rich and varied characters introduced in the first film.” Though T’Challa is done with the MCU, from Feige’s weighty words, it seems like his legacy is not.

This article was originally published on Aug. 26, 2019